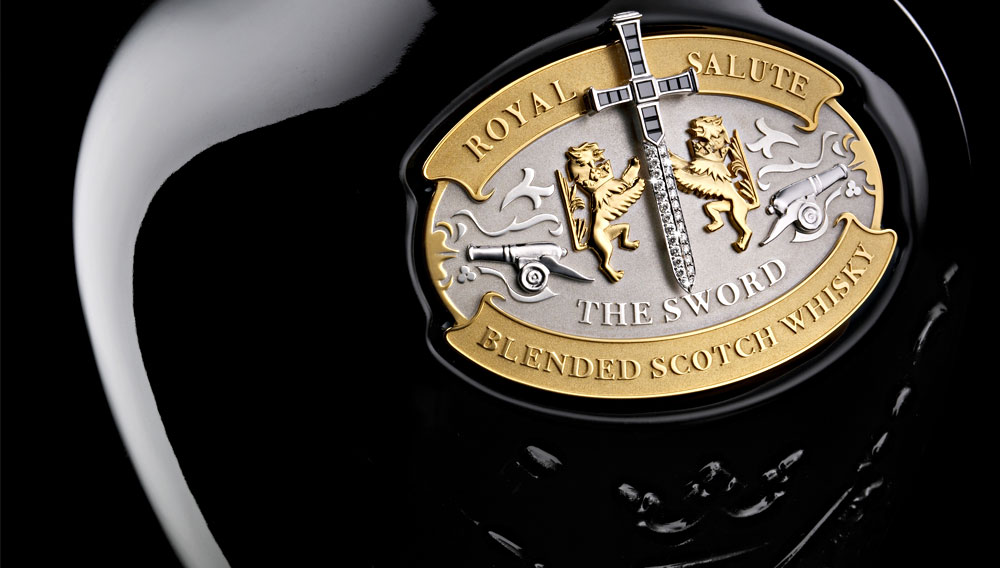 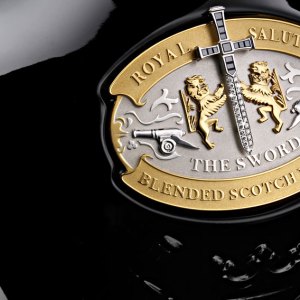 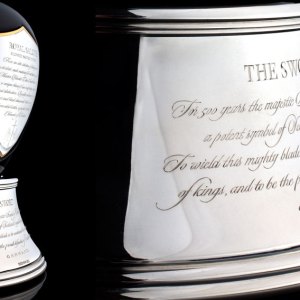 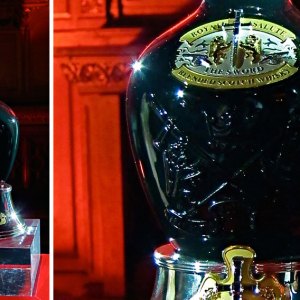 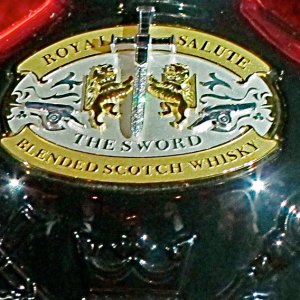 Ever since the realm of Queen Victoria, Chivas Regal has held a Royal Warrant. So it was only fitting that Chivas would honor the coronation of Queen Elizabeth II on June 2, 1953, with a special commemorative whisky, Royal Salute 21-year-old, inspired by Britain’s 21-cannon maritime homage and featuring a blend in which no whisky was less than 21 years old. This was followed by a one-time offering of Royal Salute 50-year-old in 2002, which celebrated Queen Elizabeth’s Golden Jubilee. In 2004, Royal Salute 100 Cask, comprising 100 casks of whiskies aged 22 to 40 years, was introduced. Then came Royal Salute 38 Year Old Stone of Destiny (named after the Scottish coronation stone), and 62 Gun Royal Salute in 2010, in which each of the single malts and grain whiskies in the blend were a minimum of 40 years old.

But now comes the grandest Royal Salute to date, the Royal Salute Tribute to Honour, inspired by the Honours of Scotland, the oldest crown jewels in the British Isles. First used at the coronation of Mary, Queen of Scots in 1542 and now housed at Edinburgh Castle, the Honours of Scotland consist of an elaborately jeweled crown, scepter, and sword. These three heraldic symbols have been captured in gold, silver, and 413 flawless black and white diamonds on 21 porcelain flagons hand-cast by the French firm Revol. The gemstone and precious metal design itself was created by Garrard, the world’s oldest jeweler, established in London in 1735.  But the blended Scotch whisky inside each of these decanters is just as flawless.

At $200,000 each, the Royal Salute Tribute to Honour is the most expensive Scotch whisky in the world, but for some, it will be well worth the price. It is composed of single malts, none of which is less than 45 years old, and each was carefully selected from the Royal Salute Vault at Strathisla distillery by Colin Scott, Chivas Regal’s master blender for the past 21 years and, so far, the only man who has tasted this rare blend. All that he revealed at the June 11, 2011, black-tie launch in London was that single malts from both bourbon barrels and sherry casks were used.

With one of the 21 individually numbered and hand-filled bottles reserved for the Royal Salute Vault, only 20 are left for purchase. Should the select coterie of eventual owners wish to keep their bejeweled flagons sealed for collecting or investment purposes, a 200 ml tasting sample is included with each bottle. (+44.208.250.1724, giaia.rener@pernod-ricard.com)