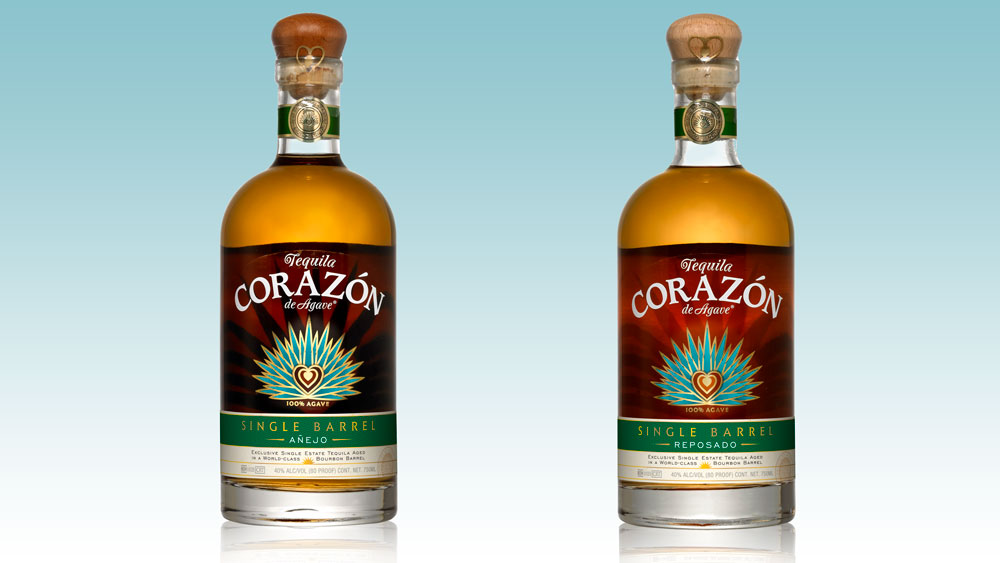 In case you missed National Tequila Day (it was July 24th) or you want to get a head start on next year’s Cinco de Mayo festivities, there’s a way to guarantee you will have enough premium tequila to not only get you through these agave-focused celebrations, but so you’ll have enough bespoke bottles to give to friends and business associates for the holidays.

Typically, “buy the barrel” programs are available to restaurants, but for the first time, Corazón—known for its rich, single estate Highland Blue Weber tequilas—is offering personally selected barrels of reposados and añejos directly to consumers through its Single Barrel Select program. Moreover, these premium tequilas will be aged in barrels that were used to age award-winning whiskies from Buffalo Trace and Barton 1792 Distilleries. That means individuals may elect to have their tequilas aged in barrels that previously held such coveted bourbons as Buffalo Trace, Eagle Rare, Weller Special Reserve, Blanton’s Single Barrel, or 1792 Small Batch.

After selecting a barrel, purchasers can have their tequila (which starts out as an unaged blanco) aged to become either a reposado or an añejo in Corazón’s family-owned Casa San Matias fábrica—one of the oldest distilleries in Mexico. Depending on the barrel, and guided by Corazón’s master distiller Carmen Villarreal, the Single Barrel Corazón Reposado will be aged between six to eleven months, and the Single Barrel Corazón Añejo will be aged from 12 to 24 months. However, some reposados and añejos are already aging in these bourbon barrels. That means you may not have to wait the entire length of time to purchase a reposado or añejo from a specific cask. Either way, once ready, the customized tequila is hand-bottled and affixed with a personalized neck tag that features the barrel purchaser’s name, crest, or company logo, along with specific details of that barrel.

In addition, connoisseurs of both single-barrel bourbon and single-barrel tequila can “boomerang” a selected barrel. That means enthusiasts who purchase a specific barrel of bourbon from Buffalo Trace or Barton 1792 Distillery can, after buying the bottled bourbon from that barrel, have the empty barrel sent to Casa San Matias for aging their tequila. Thus, they end up with their own bourbon by the barrel as well as a tequila that has been aged in that same barrel. When the master distiller determines the tequila is ready, a sample is sent to the customer for approval before bottling.

When ordering a reposado by the barrel, each barrel will yield approximately 240 bottles (depending upon evaporation) priced at $40 each, adding up to a grand total of about $8,400 for the barrel and its contents of bottled Corazón Single Barrel reposado. Añejo—again, depending on the type of barrel and the amount lost through evaporation during the aging process—is priced at $45 per bottle, or approximately $10,800 for the barrel and its custom-bottled contents. When opting for the bourbon and barrel “boomerang” combination (and depending on the price of the bourbon and the tequila), the total price for a barrel of each—hand bottled with customized name tags and, of course, delivery of the empty barrel—will be approximately $15,000 to $25,000.