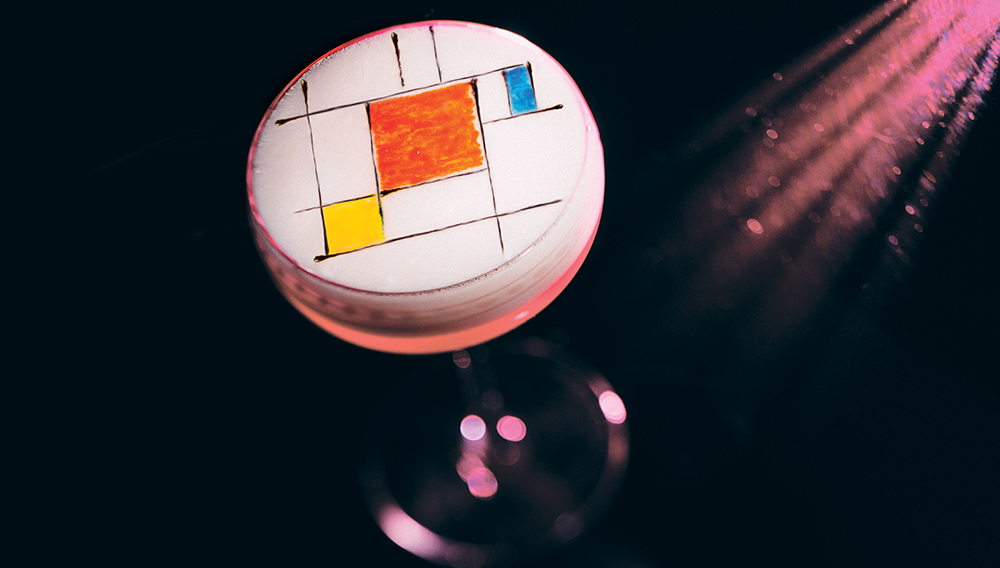 Art Basel hits Hong Kong later this week, running March 24 to 26. The artistically enamored masses flooding the city for the art fair can get even more up close and personal with some of the works available—by drinking them. The Artesian bar at The Langham hotel in Hong Kong is offering three cocktails inspired by artistic masterpieces.

Artesian’s bar manager Rajendra “Rush” Limbu chose three iconic artworks—Vincent van Gogh’s “Starry Night” (1889); Salvador Dali’s “The Persistence of Memory” (1931); Piet Mondrian’s “Tableau I” (1921)—to render in alcoholic form, interpreting the designs on top of his cocktails.  “There are many similarities between cocktails and art,” Limbu says. “They’re both born from creativity and passion. So, in my spare time, I like to sketch and paint my upcoming cocktail creations and other inspiring lifestyle pieces. And, because of Art March in Hong Kong, I thought taking three internationally known paintings would be a fun concept to sketch my adaptation on the cocktail itself.”

Creativity comes in all forms. We’re partial to the spirituous ones. And we were curious about Limbu’s artistic process—how did he create these beautiful designs?  “I mix all the ingredients and dry shake them, followed by adding ice and giving the tin a good shake once more,” Limbu explains. “Then I create a heavy foam, using the egg white to create a white canvas. I use edible food coloring and a toothpick to draw by hand my work of art on top of the cocktail.” Each drink truly is handcrafted and one of a kind, just the way an art connoisseur likes it.

Salvador Dali’s “The Persistence of Memory” has a melting clock painted on the drink and glass. The creation is shaken with Los Danzantes Mezcal, Grand Marnier, Domaine de Canton, Fee Brothers Orange Bitters, and orange juice.

The artistic drinks will only be available from March 23 through the end of April, but Limbu is inspired: He plans to experiment further with art in the glass later this year. (langhamhotels.com)