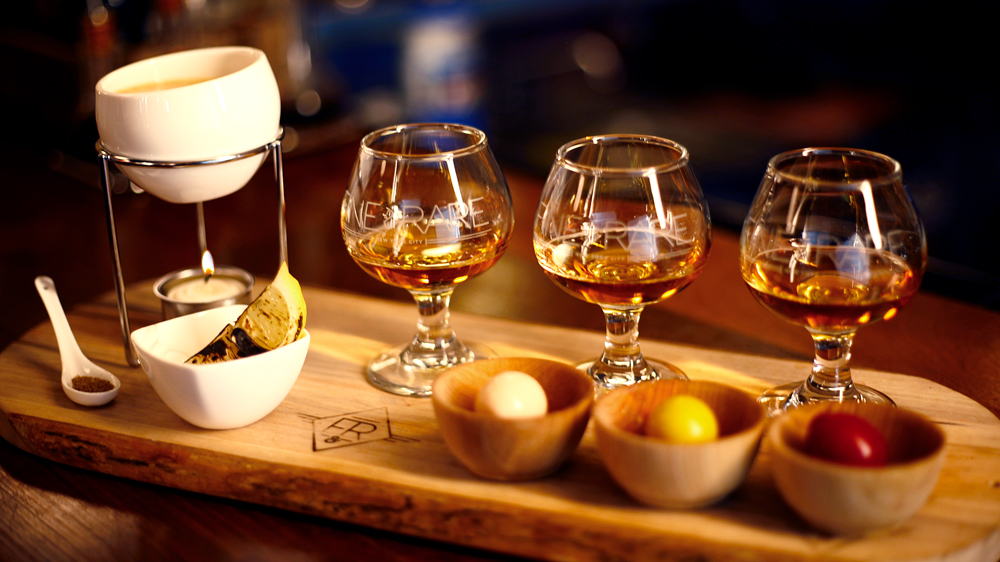 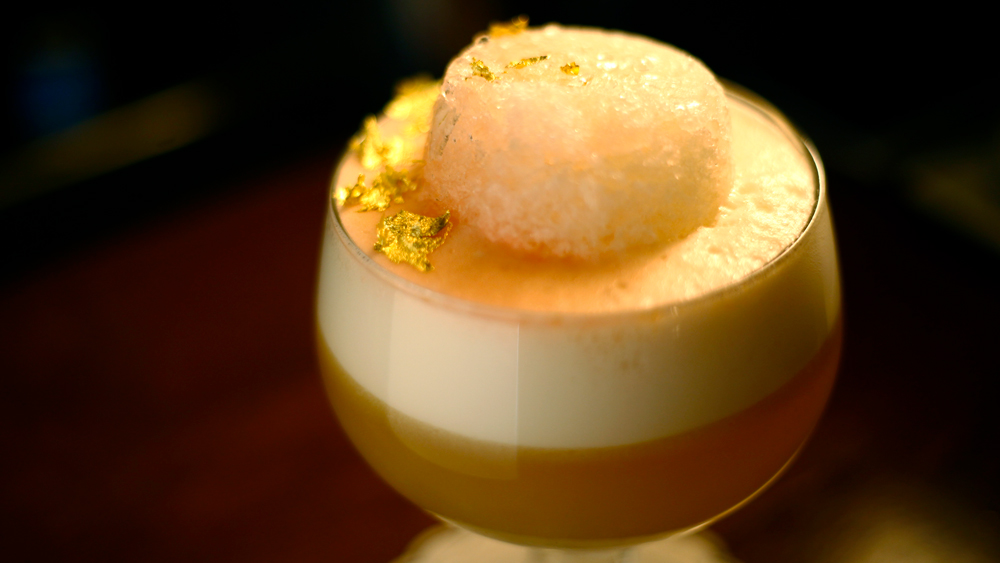 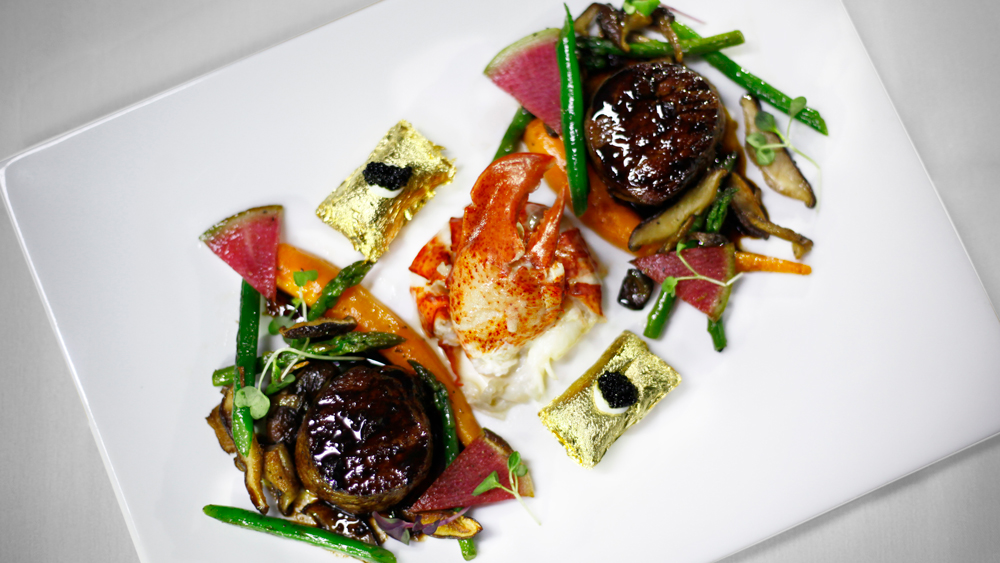 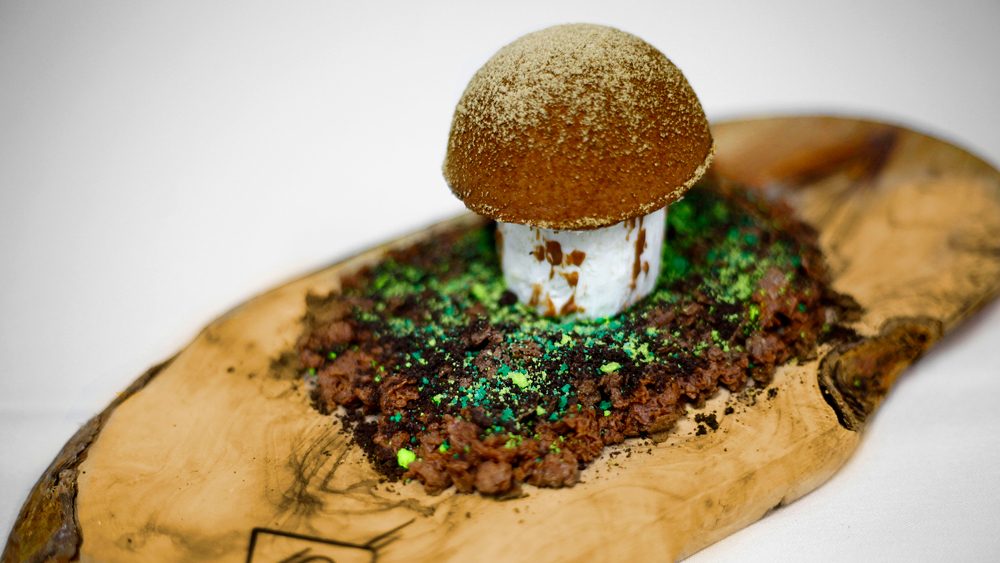 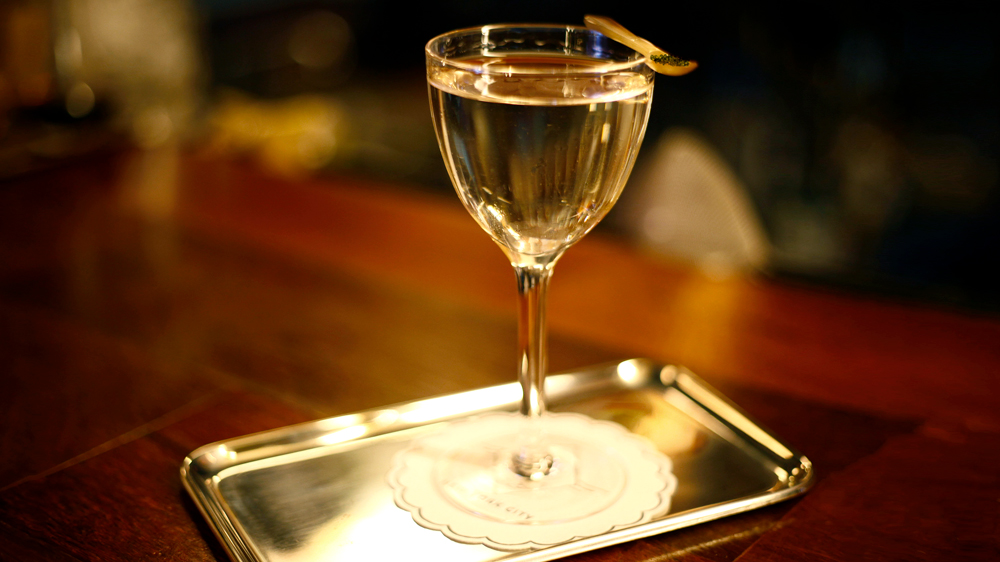 Light as a Feather cocktail

From Russia with Love cocktail

What to order: Light as a Feather ($110) is a combination whisky flight/small dish, featuring a trio of Glenfiddich whiskies—the 15-, 18-, and 21-year-old expressions. Each whisky is paired with a pickled quail egg highlighting the flavor of the dram, and finished off with a bowl of cock-a-leekie soup fortified with Glenfiddich, all prepared tableside.

The speakeasy’s secretive, insiders-only nature from Tommy Tardie, who opened its doors in Manhattan’s Murray Hill just last year, is rolling out a small but potent new private menu. Available by request only, the menu offers opulent, eye-catching cocktails and food, along with a selection of rare vintage spirits.

The most exciting of the three private-menu cocktails is the White Star Line ($80). Named after the shipping company that operated the Titanic, it’s only fitting that the drink sports a Champagne meringue “iceberg” in its center, along with a dusting of gold flakes—perhaps a tribute to the well-heeled passengers on the ill-fated cruise. Made with Appleton 21 Year Old rum and 25 Year Old Delord Bas-Armagnac—along with fresh-squeezed grapefruit and lemon juice and a house-made cinnamon, orange, and lemon oleosaccharum—it’s a fascinating take on a tropical cocktail that mixes summer and winter flavors.

Fine & Rare’s secret menu is available starting March 5. No code words or elaborate hand signals are required—simply asking for it will do the trick.

Light as a Feather cocktail

From Russia with Love cocktail