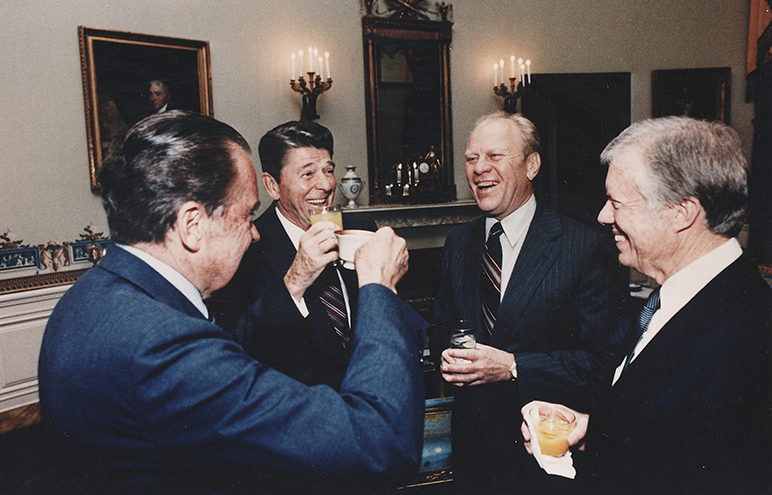 With all due respect to JFK and Millard Fillmore, President Barak Obama just might qualify as one of our hippest leaders to ever hold the office. He sealed the deal at the White House Super Bowl party in 2011, becoming the first Commander in Chief in history to brew, bottle, and serve his own beer.

Obama’s brew-mance is in keeping with a rich tradition of tippling dating back to the Founding Fathers. Indeed, prior to becoming our nation’s third president, Thomas Jefferson founded the first commercial winemaking venture in the United States. Alas, he did so on the eve of the Revolutionary War and never produced a single bottle of wine. Jefferson’s cultivation efforts may have failed, but he was enormously influential on American taste in wine, pushing for the drier, lower alcohol wines favored by the French and Italians.

As we prepare to hail a new chief, we look back at five previous occupants of the nation’s highest office and the liquid courage they summoned most often.

Who to Watch in the CBD and Cannabis Space

‘The Marijuana Conspiracy’ Review: Research Study Amounts to a Case of Reefer Sadness