In case you forgot to mark it on your calendar, today, Saturday, July 27 is National Scotch Day, and in 2019 it falls on the 525th anniversary of that fateful day in 1494 when Scotland’s whiskies were first taxed. Today there are more than 350 distilleries barrel aging and bottling what has become one of the most drinkable and collectable of all distilled spirits. Here are five of the best and newest scotches. 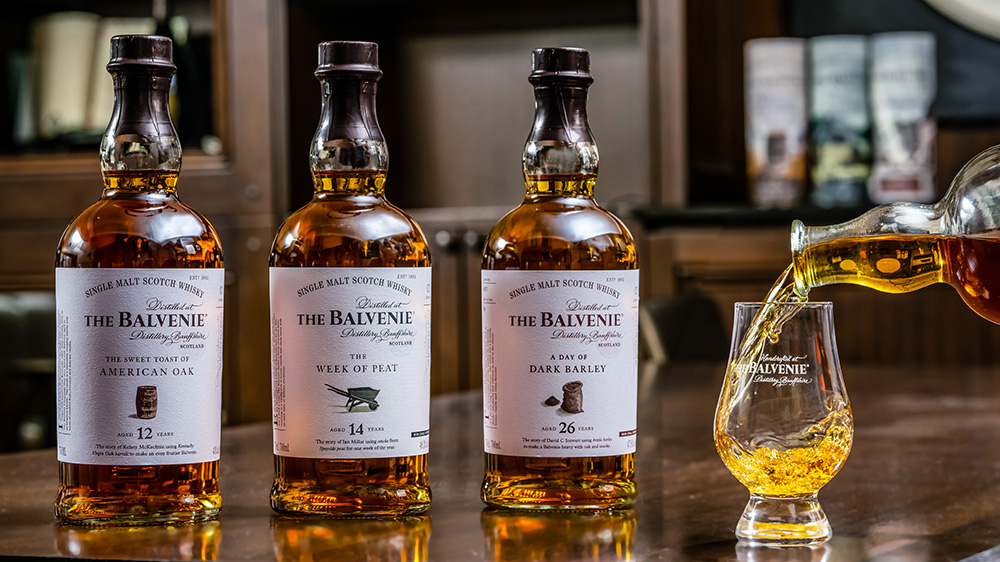 Ever since our first visit to the malting barn at the Balvenie distillery in Speyside and drinking drams with former distillery manager Ian Millar over games of snooker, the Balvenie’s single malts have been a go-to, especially the 21 Year Old. Besides being crafted by industry legend, David C. Stewart, one of the things we like best about this distillery’s whiskies are the legends behind each. To celebrate this, the brand has released a new collection that showcases those stories, complete with a book (and being whisky nerds, we always love a book). The new series includes three bottles: The Sweet Toast of American Oak ($60), a 12 year old expression; The Week of Peat ($99), a 14 year old single malt; and A Day of Dark Barley ($799), a 26 year old. The tales behind each one tell of experimentation: apprentice malt master Kelsey McKechnie’s idea to use twice-charred Kentucky barrels for a fruitier Balvenie, Stewart and Millar’s idea to use peat in the drying of its barley and celebrate that with the launch of Peat Week in 2017, and finally, the Stewart’s decision to try using an usually brittle, heavily roasted dark barley in 1992 that has now benefitted from a few decades in cask. 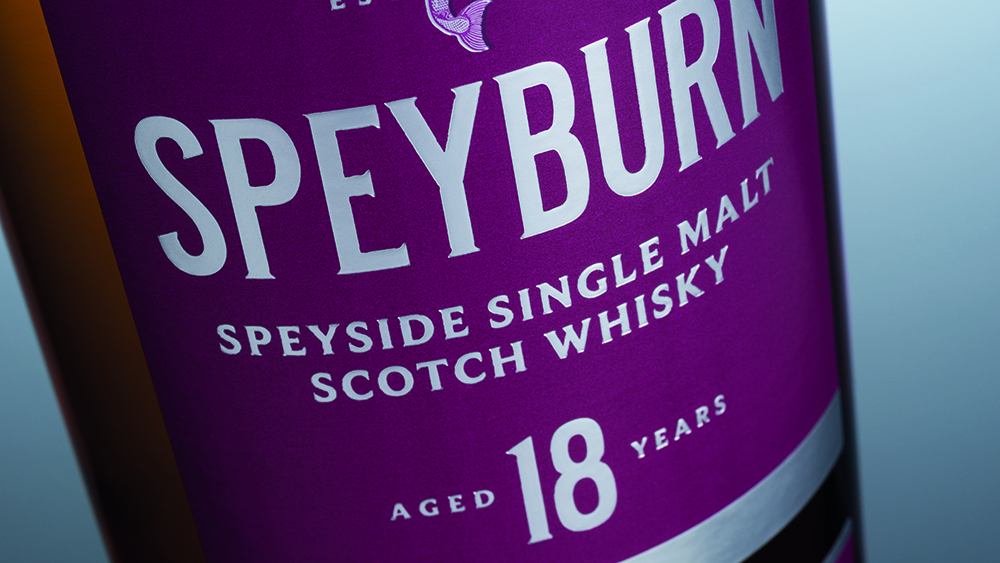 Founded in 1897 by John Hopkins, who built his picturesque distillery near the Granty Burn – a stream that flows with remarkably soft, pure spring water –Speyburn has continued to use this unadulterated, crystal-clear water for its bold, bright singe malts. The newest addition to the Speyburn range, the Speyburn 18 Year Old Single Malt ($125), is dedicated to Speyburn’s current distillery manager, Bobby Anderson, as its bottling in 2018 coincided with Anderson’s 18th year at the distillery. Matured in hand-selected American and Spanish oak casks, the 18 Year Old is brimming with dark chocolate, toffee and a gentle oak spiciness. Only 9,000 bottles will be released each year. 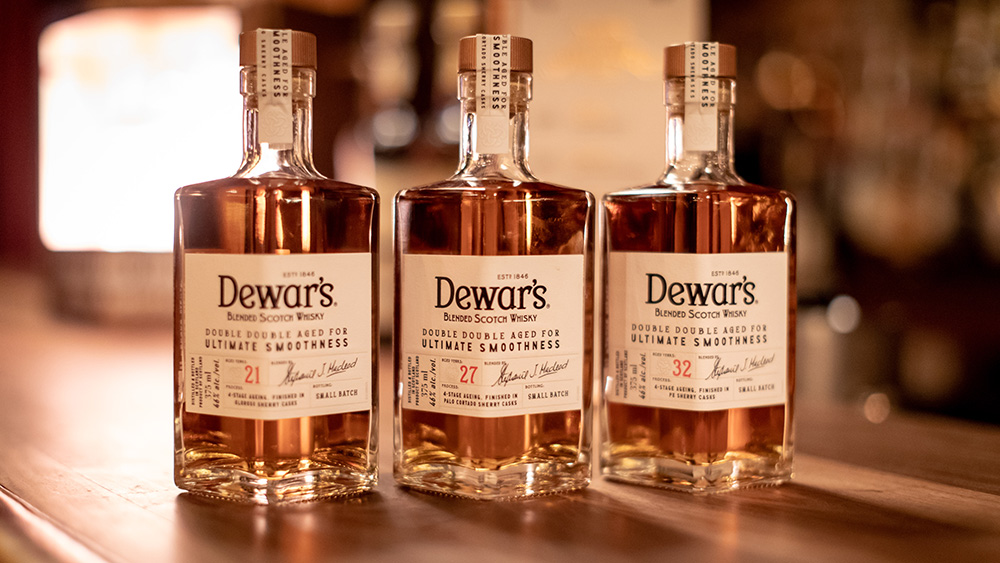 Founded by John Dewar in 1846, today Dewar’s has become one of the largest Scotch whisky brands in the world. However, the newest innovation is its Double Double grouping of three differently-aged, blended whiskies. Known for marrying their different whiskies before blending in order to give them smoother textures, Dewar’s has outdone itself by now initialing a four-step aging process perfected by their current master blender, Stephanie Macleod.

First the malt and grain whiskies are individually aged in separate oak casks. Then the grain and malt whiskies – again being kept separate from each other – are combined respectively and aged again, only this time in “neutral” casks. After that, the grain and malt whiskies are vatted together and aged for a final blend in neutral casks for about six months. And finally the finished blend is further aged in sherry casks for varying lengths of time to produce different nuances. 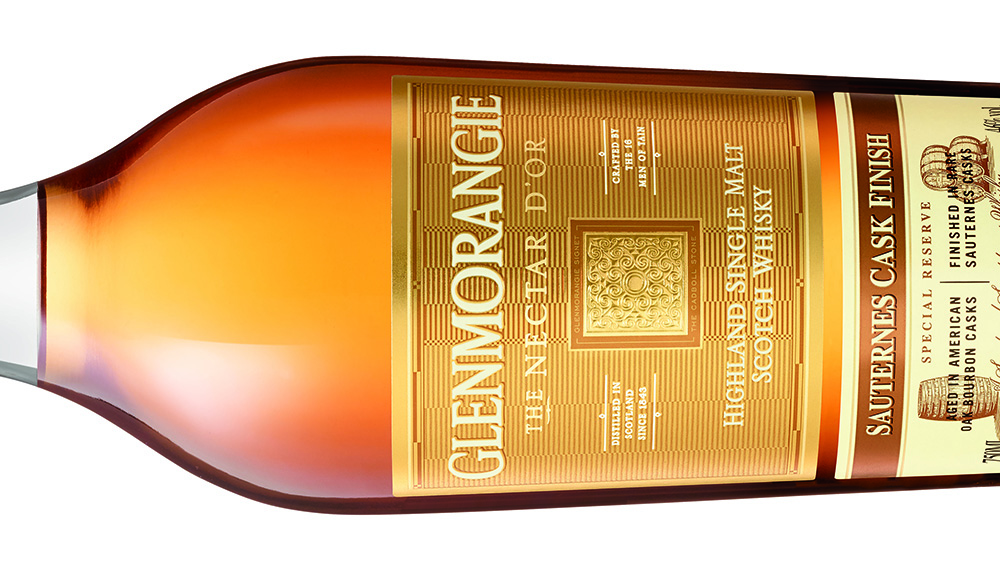 Glenmorangie has long been known for its distinctive Extra Matured ranges of whiskies. But always looking for perfection, Bill Lumsden, Glenmorangie’s director of distilling, whisky creation and whisky stocks has recently announced a “refresh” of these three single malts, which includes new, updated packaging and a new recipe for its Port Cask Finished whisky.

Glenmorangie’s 12-year-old Port Cask Finish, also known as The Quinta Ruban ($55), will now be aged for an additional two years and will become a 14-year-old expression. These extra two years of maturation bring out deeper flavors of Seville orange and dark chocolate. In addition, the packaging color will change from black to green. Simultaneously, Glenmorangie Nectar D’Or ($77) will transition from a 12-year-old whisky to a non-age statement (NAS) expression, but will still retain the sweet flavors that come from its highly-prized rare Sauternes cask finish. However, Glenmorangie’s spicy and rich 12-year-old Sherry Cask Finish, The Lasanta ($40), will remain unchanged. 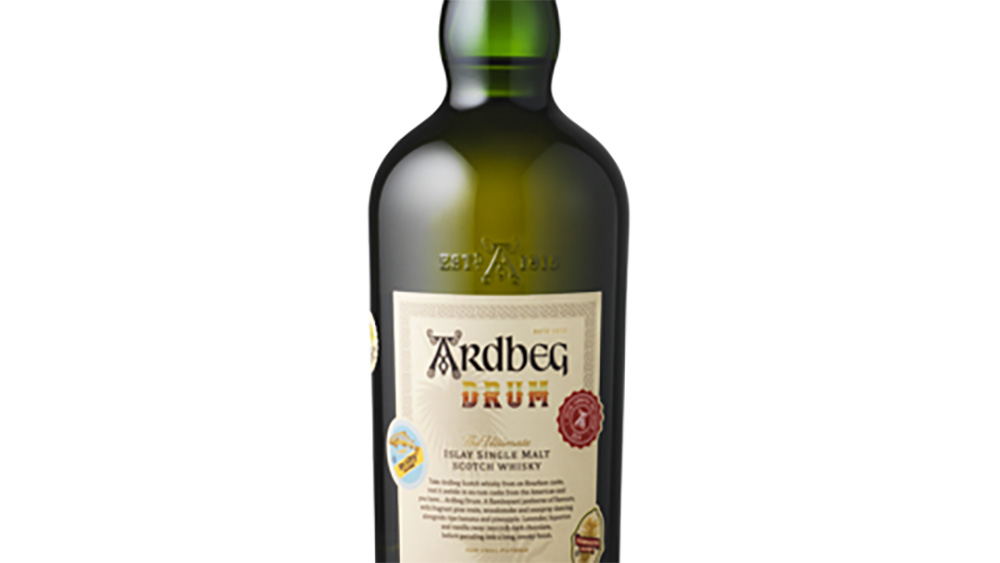 Inspired by Islay’s rich history of carnivals, on June 1, 2019 – locally known on Islay as Ardbeg Day – this sea-swept island distillery released Ardbeg Drum ($110), a limited edition bottling imbued with the ultimate influence of the carnival spirit: rum. In a first for the distillery, Ardbeg took the sweetly smoky Ardbeg single malt that had been matured in ex-bourbon casks and finished it in ex-rum casks from the Caribbean to coax out some hidden tropical notes. Non-chill filtered, this peaty single malt is brimming with fragrant pine resins, smoked apples and sweet spices.