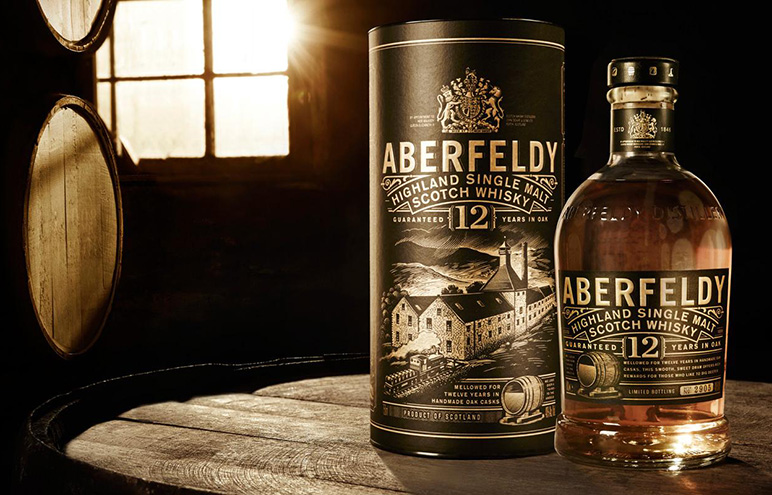 It’s hard to imagine in this single-malt-obsessed age, but until the early 1960s, single malts—meaning whiskies using only barley, distilled entirely at a single distillery—literally did not exist. Even today, most single malts are destined to be used in blended whiskies, which combine a selection of single malts from many different distilleries along with lighter, column-distilled grain whisky. One of the best-selling blends in the world is Dewar’s White Label, which uses a combination of more than 40 single malts along with grain whisky. Among those 40-plus are five owned by John Dewar & Sons. Only one of those, Aberfeldy, has ever been widely available as a single malt. But at long last, all five have just been released as single malts, each getting its turn in the spotlight.

A lot of work was involved between the genesis of the idea some six years ago and the whiskies’ recent releases. The single malts were crafted based on how they’d taste in a blend, rather than on their own. “We’re basically a blended whisky company,” says Stephen Marshall, the company’s single malts global marketing manager. “Single malts are more of a specialist thing.”

Marshall made the malts into “specialist things,” but it took time. At first, for example, the 13-year-old Craigellachie—now one of the highlights of these releases—was “very disappointing,” he says. “Not undrinkable, but . . . . We put some 19-year-old into the 13, but it didn’t work; it wasn’t balanced. So we put it back for a year in first-fill barrels, butts, and hogsheads to strengthen the mid-palate.”

The line of White Label’s single malts started rolling out in 2014, and wasn’t complete until last autumn. But that doesn’t mean Marshall and the Dewar & Sons single-malts team are through tinkering. There are more refinements still being made, and more age statements from each brand still to come; Marshall has hinted at a 31-year-old Craigellachie and a 20-year-old Deveron, to name but two. We can’t wait to taste what they’ve got up their sleeves.

In the meantime, here are the whiskies you can drink now.

‘Ballad of a White Cow’ Review: An Iranian Widow Seeks Justice in an Unfair Society

The Best Pencil Sharpeners for Precise Strokes in Drawing and Writing