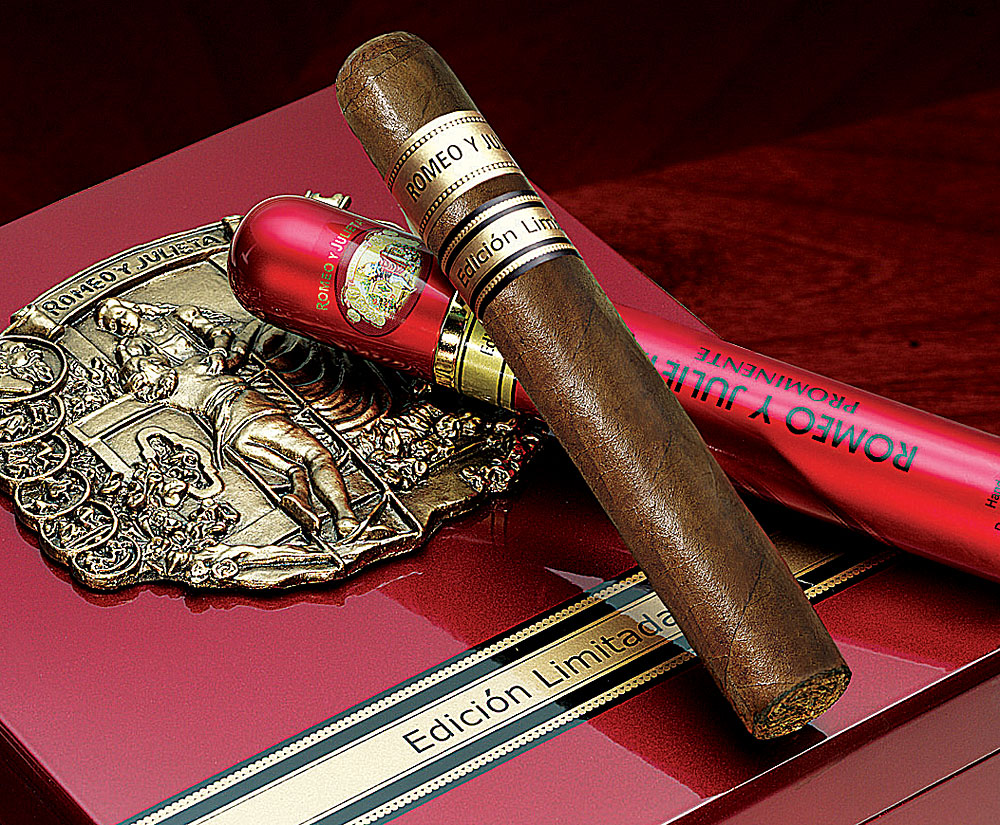 Cigar smokers continue to benefit from manufacturers’ attempts to trump each other’s ultrapremium offerings. Our choices of cigars priced around or upwards of $20 now include, among others, the Aurora Preferidos, the Padrón Serie 1926 40th Anniversary, Arturo Fuente’s God of Fire, the new Stradivarius from General Cigar, and the most recent addition to this roster of top-shelf smokes, the Romeo y Julieta Edición Limitada from Altadis USA.

Cigar maker José Seijas, whose résumé includes the Don Diego Aniversario and the Seijas Signature Series, selected Nicaraguan and Dominican fillers, and for the wrapper, which can be responsible for more than half of a cigar’s flavor, he turned to his friends the Turrent family of Mexico. The Turrents, among the world’s oldest and most experienced growers of fine tobacco, provided him with an extremely rare and supple Corojo wrapper leaf that they had cultivated in the fertile soil of the San Andrés Valley in southern Mexico.

The cigars, which were rolled at the Tabacalera de Garcia factory in the Dominican Republic and then aged for several months, come in lacquered, humidor-quality, cedar-lined boxes, each of which is decorated with an ornate metallic engraving of the balcony scene in Romeo and Juliet, the play from which the brand derives its name. Each cigar is wrapped in a cedar sheet and then packaged in a ruby red metallic tube. Per stick, the cigars cost from $17 to $20, depending on the size: Rothchilde (robusto), Prominente (toro), or No. 2 (torpedo).

The cigar itself proves worthy of its presentation. The flawless roll of its toothy wrapper and its oily, reddish brown sheen are reminiscent of a fine Cuban puro. The draw is smooth and consistent throughout, and the flavor begins with distinct notes of cedar, which are quite pleasant and medium bodied. One-third of the way through, the cigar opens up and delivers a powerful punch. Full flavors of roasted nuts are evident from beginning to end, and the finish includes an anisette/black licorice component, like dessert at the end of a sumptuous meal.

Although you can enjoy the cigar immediately, storing half of your stash in a separate humidor for continued aging surely will produce spectacular results a year or so down the road.