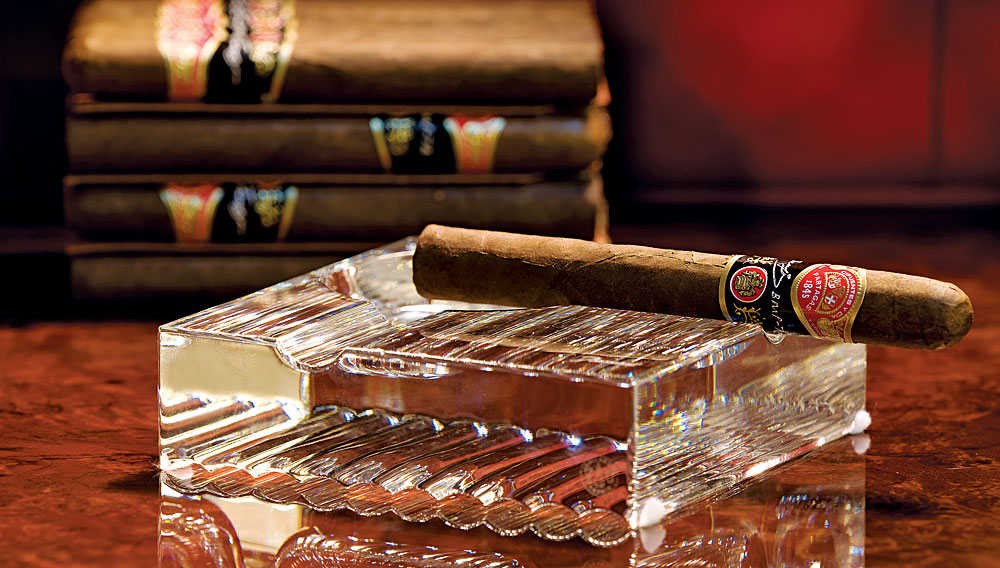 Over a career spanning 58 years, Benjamin Menendez has worked in every major cigar-producing country in the world. But only now does the 74-year-old Menendez, vice president of premium cigars for industry giant General Cigar (maker of such brands as Macanudo, Punch, and Hoyo de Monterrey), finally have a cigar of his own.

The new limited-edition Majestuoso (which translates to “majestic”) represents a long and distinguished career that began in Cuba, where, as a young boy, Menendez played among the tobacco bales on his grandfather’s farms. As a teenager, he earned only half the usual wages—a stipulation intended to teach him frugality—for sweeping floors and packing cigars in Havana’s largest factory, H. Upmann, which his family owned as part of Menendez, Garcia y Cia. Two months after Fidel Castro nationalized the cigar industry on September 15, 1960, Menendez left Cuba for good with only seven devalued pesos in his pocket.

Despite early adversity, Menendez prospered, and today he is a master of his craft. Few contemporaries can match his encyclopedic knowledge of tobacco. It was therefore only natural that General Cigar should invite him to create his own signature smoke. He approached the company’s vast stores of tobacco bales—which are aged in warehouses in Connecticut, the Dominican Republic, Africa, and Central and South America—like an artist selecting shades of paint for a portrait; and, for Menendez, there was no question as to who his subject would be. His creation would serve as a tribute to his mentor, the late Ramón Cifuentes, whose family owned the Partagas factory before Castro’s takeover.

“It would have to start as a Partagas,” Menendez says, “as my homage to the Cifuentes family—as my way of saying, ‘Thank you for all that you have done for me.’ And it wouldn’t be an after-dinner cigar; I wanted a cigar that could be smoked anytime.”

He tested 10 cigars at a time for six months, numbering each wrapper and keeping the best cigar from each batch. Eventually he decided on a hand-rolled 6 x 46 with a blend of Cuban-seed Dominican, Nicaraguan mainland, and Nicaraguan Ometepe. For the binder, he chose a Havana-seed Connecticut, and for the wrapper, a premium-aged African Cameroon. The cigar has an aroma like wet earth, and its taste is slightly spicy-sweet, reminiscent of Restaurant Guy Savoy’s artichoke-and-black-truffle soup.

The first of a proposed Benji Menendez Partagas Masters Series, the Majestuoso is available in 5,000 numbered boxes of 20 cigars apiece ($200 per box). The band of each cigar bears the Menendez family crest and the master’s own mark: the code he used to record his final selection.