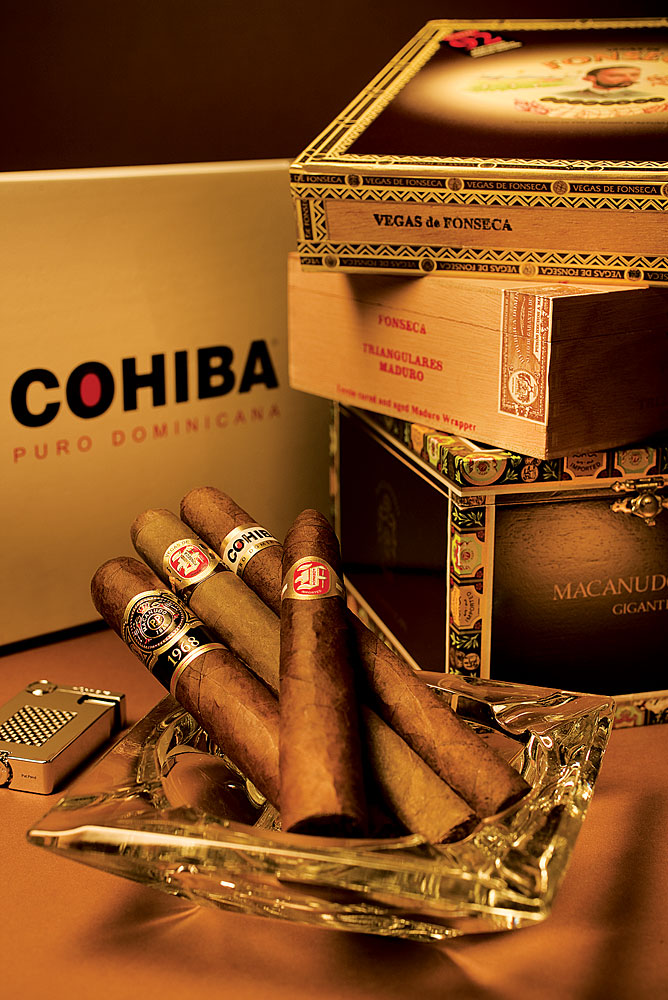 While students of military history define a tercio as a 15th-century battle formation in which armed soldiers assumed a box-shaped configuration, cigar manufacturers employ the term to designate a covering of hardened palm bark used to age tobacco gradually. This mid-19th-century Cuban aging technique has fallen out of favor with most cigar makers because of the considerable time and labor involved. However, tercio aging is not extinct: The Dominican companies General Cigar Company and Matasa have revived the process, which remains a mystery to many because it is seldom clearly explained.

Before tobacco can be rolled into cigars, it must be fermented to mellow the leaves and bring out their character. Typically, this is achieved in a warehouse by stacking tobacco “hands” (clusters of approximately 20 leaves that are tied into bunches) to create a 3-to-6-foot-high square mound, or burro, which functions much like a compost pile. The weight of the burro (as much as 8,000 pounds) compresses its constituent material, slowly generating its own heat and gradually releasing ammonia from the leaves. At the same time, the leaves’ starches begin to convert into sugars. To prevent the leaves from being destroyed, temperatures are never allowed to rise above a certain level—usually between 120 and 160 degrees. Once the desired temperature is achieved, the hands are removed from the pile and shaken to disperse the heat, and then a new burro is made using the same tobacco. This procedure is repeated as often as necessary to complete fermentation, which can take up to two months.

When these stacks of hands are encased in a tercio, they are called bales, and they are stored in warehouses maintained at 78 degrees, with humidity between 70 and 72 percent. Without the influence of outside air, moisture inside the tercios increases while heat builds up slowly. Over time, the tobacco leaves gently cook in their own natural juices and oils.

“In a way, each tercio acts like a pressure cooker, operating at a very low temperature,” says Matasa president Manuel Quesada, who was instrumental in reviving the tercio technique. “Some of the temperatures inside a tercio only reach 99 degrees,” he says, “allowing the tobacco to slowly ferment and age gracefully for years.”

Not all tobaccos are well suited to aging in tercios. Shade-grown wrappers are normally too thin and delicate for what is essentially an internal baking process, though General Cigar has managed to age some of its finest Connecticut shade leaf in tercios. Cuban-seed filler and binder tobaccos, on the other hand, age well in tercios, as do some of the heftier broadleaf tobaccos, which can be aged eight years or longer. Even among these varieties, however, individual crops differ. For this reason, each tercio is briefly opened every month and a few hands of tobacco are removed from the bale to be inspected for aroma, taste, and burn rate.

The benefits of slowing the aging process are found in the enhanced oils and fuller flavors of products like General Cigar’s Stradivarius, which features a Cuban-seed binder that has been tercio-aged for two years, as well as a tercio-aged wrapper. This denser style shows even more dramatically in the spicy filler, binder, and wrapper of the Macanudo 1968 Vintage, the Dominican wrapper of the Cohiba Puro Dominicana, and the binders and fillers of the Vegas de Fonseca and the Fonseca Triangulares Maduro.