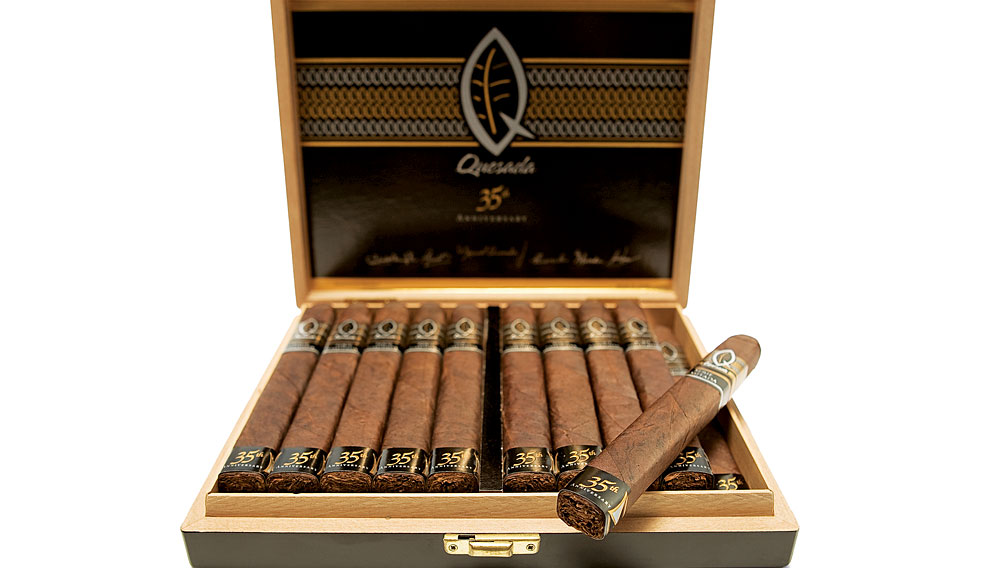 Manuel Quesada remembers the day the Cuban government confiscated his family’s tobacco business—then one of the two largest exporters of Cuban leaf—which was founded in the late 19th century after a debtor paid his great-grandfather in tobacco instead of money.

“It was on a Saturday morning, shortly after the revolution,” he recalls. “A jeep showed up with four armed soldiers. They walked into the office, put a seal over our family’s safe, where we kept our valuables, and said, ‘Everybody leave. Come back Monday, and we will tell you what to do.’ After that, we found ourselves working for the government, on fixed wages. Then one day, the government told us, ‘When you leave today, don’t come back.’ But instead of going home, we went to the airport with only the clothes we were wearing. We left Cuba, and luckily so, because three weeks later, the Bay of Pigs [invasion] took place. After that, no one could leave. If we hadn’t gotten out when we did, we would probably still be in Cuba.”

The family relocated to the Dominican Republic. Although the island nation was at the time highly regarded for its cultivation of filler and binder tobaccos, it exported few finished cigars. When the zona franca—a tax-free industrial zone for export-only products—opened in Santiago de los Caballeros in 1974, the Quesada family recognized the potential for a new company, which they called Matasa.

Matasa became the first cigar manufacturer in Santiago de los Caballeros’ tax-free zone, which has since attracted numerous other firms, including industry giants General Cigar and Arturo Fuente. Today it produces such popular brands as Fonseca, Cubita, Licenciados, and José Benito, as well as private labels for companies such as Nat Sherman.

Most enthusiasts are more familiar with these cigars than with the name of the Cuban expatriate who makes them. However, Quesada’s two daughters, Raquel and Patricia, are about to change that with the introduction of the Quesada 35th Anniversary, a limited-edition 6 x 49 toro they created as a tribute to their father’s 35-year career as one of the Dominican Republic’s pioneer cigar makers. “We realized that the best way to [honor him] was with a cigar made by the fifth generation and bearing our family name for the first time,” says Patricia.

This is the first box-pressed cigar made by Matasa, which uses for the wrapper a rarely encountered oily Brazilian Arapiraca seed grown in Ecuador. This leaf has been paired with a family-grown 2007–2008 vintage Dominican filler that receives a touch of spice from a small amount of Nicaraguan ligero. Slow-burning and rich with the taste of chocolate espresso, but without the creamy heaviness, each Quesada 35th Anniversary sells for $12.75. Only 1,000 boxes are being produced.

“The next Quesada cigars will be introduced in a style that characterizes the fifth generation, with new blends, new shapes, and new designs,” says Patricia, who, along with other members of this generation, is one of Los Jovenes (the young ones). “The cigars will embody the same quality and consistency as those made by my father. We look forward to making cigars under the Quesada name and with the stamp of our generation, taking Matasa toward an exciting future.”

If the Quesada 35th Anniversary’s unveiling at a recent tobacco trade show is any indication, the fifth generation’s accomplishments should match or exceed those of the preceding four: Supplies of the cigar sold out in less than two days. With Los Jovenes, the Quesada name, it seems, is in good hands.