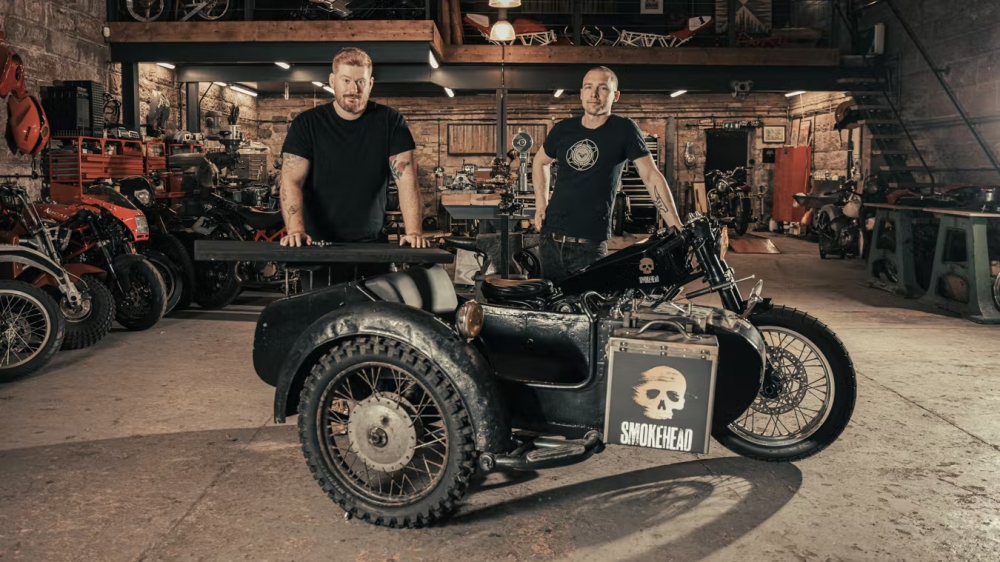 Whisky and motorcycles—two things that really should never go together unless there is a designated driver who is abstaining. Presumably that’s the case with this new Italian Ducati and sidecar-cum-mobile bar that will tour the UK and Europe over the coming weeks to bring whisky and revving engines to the masses.

The Smoker Sidecar is a collaboration between Smokehead Islay Single Malt Whisky and Tyler Lunceford of North Motorcycles. The whisky brand is owned by Ian Mcleod Distillers, which also oversees Rosebank and Tamduh whiskies. It’s a smoky single malt that is sourced from an undisclosed distillery and finished in various cask types, from stout beer to sherry. Tyler Lunceford, known as the “Ducati whisperer,” opened a shop in Brooklyn in 2010 but more recently relocated to Edinburgh, Scotland, and is generally an expert on anything regarding these popular, elegant motorcycles.

The Smoker Sidecar is the second Ducati project Lunceford created for Smokehead—the first was The Smoker motorcycle which he built in 2019, creating a custom frame and body. “I feel like there’s a lot of people out there that share the same two passions,” he told Whisky Magazine at the time. “Not that whisky and motorcycles go together at the same time! But I feel like a lot of people who are passionate about whisky ‘get’ motorcycles and vice versa.” Those same people will surely “get” the new Smoker Sidecar, a Dnepr Ukrainian sidecar that is kitted out with plenty of whisky, ice and glasses, and still has a seat for fans of single malts and motorcycles to take a ride. A solid oak bar top attaches to the back of the sidecar once that ride is complete so you can enjoy a dram of Smokehead.

“The success of The Smoker motorbike didn’t take us by surprise, we knew it was what our Smokeheads wanted,” said Smokehead brand director Iain Weir in a statement. “Working with Tyler is an incredible experience, he gets the brand and he gets motorbikes. Introducing The Smoker Sidebar is exactly what the summer of 2022 needs. You’ll hear its roar at a festival near you very soon.”

The first stop for the Smoker Sidecar is at, surely not coincidentally, the Smoke and Fire Festival in Colchester, UK on August 20 and 21, a massive barbecue extravaganza in a country not normally associated with that type of food. If you’re stuck on this side of the pond, check out this video to see the bike in action and hear a bit from Lunceford himself about the project.