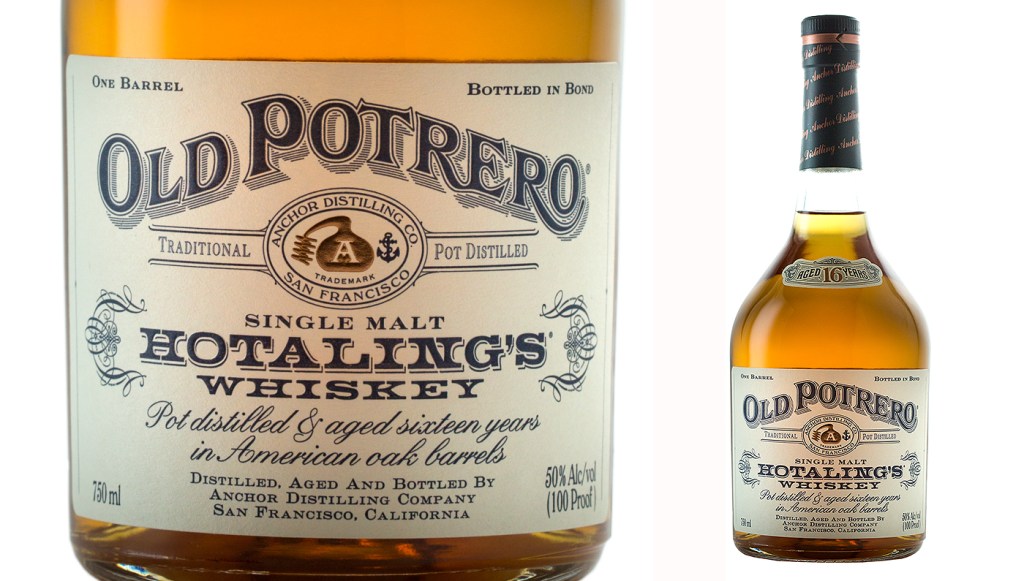 In 1906, a powerful earthquake ruptured almost 300 miles of the San Andreas Fault and left much of San Francisco in ruins. In a stroke of good fortune for whiskey drinkers, the A.P. Hotaling and Co.’s whiskey warehouse (then the West Coast’s largest whiskey repository) was unaffected during the natural disaster. To commemorate that miracle, Anchor Distilling has released Old Potrero Hotaling’s 16 Year Old Single Malt Rye Whiskey, a single-barrel, 100-percent rye whiskey—named in honor of the now-defunct Bay Area whiskey company—that spent the better part of two decades in second-fill charred American oak barrels.

Those who are familiar with Anchor Distilling’s Old Potrero Single Malt Straight Rye Whiskey may be surprised to discover that this elder and more limited expression carries few similarities. Unlike the straight rye, which delivers a bold aroma of dried fruits and mulling spices, the medium-bodied Hotaling’s 16 Year Old takes a more subtle approach. Spicy, grassy notes of the rye mix with hints of vanilla, honey, and a trace of oak on the nose, with a blend of sweetness and spice on the palate.

Much like the historical accounts that led to this whiskey’s name, its release is a mix of good news and bad. The good news is that its suggested retail price of $165 is a bargain for such a refined and rare American spirit. The bad news? Because it is a single-barrel expression, only 200 bottles will be released. (anchordistilling.com)