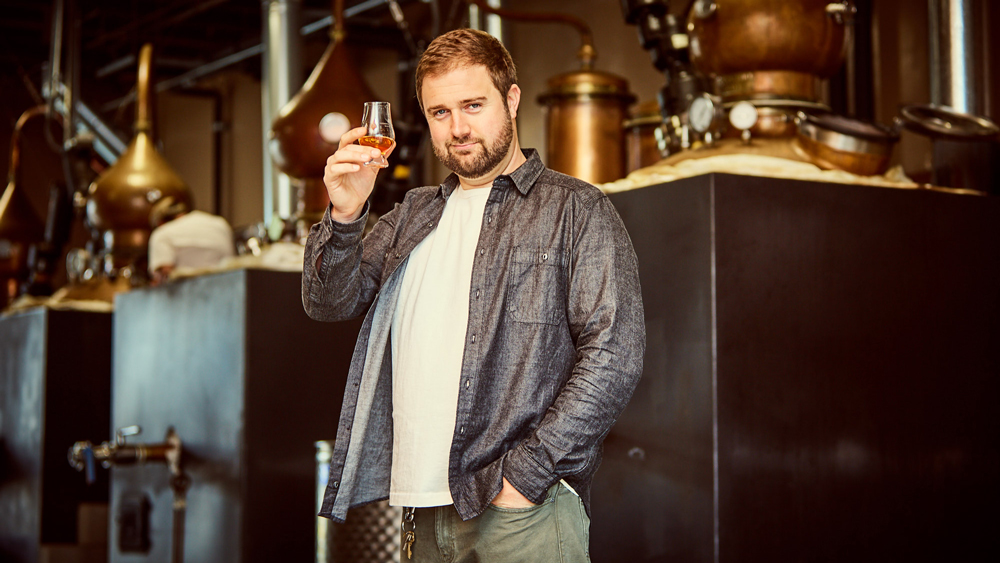 If American whiskey has a sense of place, it’s surely the South. But that association might come as much from the time-honored traditions of Kentucky and Tennessee as it does from any actual character the spirits derive from their surroundings.

All the way across the country in Northern California, Adam Spiegel—owner and whiskey maker at Sonoma Distilling Company (formerly Sonoma County Distilling Co.)—aims for a deeper connection between his whiskeys and the wine country he’s distilling them in (perhaps like the whisky with a hint of wine which we recently wrote about). “While craft-whiskey production in wine country may be the path less traveled,” Spiegel says, “our approach reflects the same dedication to, and passion for, terroir-driven artistry and creativity. The same reasons that make Sonoma a great wine-growing region are what make it a great whiskey region: Access to good water, ingredients, and weather—including drastic daily temperature swings—is what any good whiskey needs.”

In 2010, the then-called Sonoma County Distilling Co. became a whiskey pioneer in Northern California, and it’s still the only whiskey-dedicated house in the state today. San Francisco–native Spiegel approaches his craft much like the other food and beverage artisans in the region, carefully sourcing non-GMO grains and then handling everything else in-house, from milling and mashing and distilling in handmade copper alembic pot stills to barrel-aging, bottling, and labeling—a grain-to-glass process akin to the farm-to-table cooking entrenched in California.

Water is part of the regional tilt in his spirits: “We get our water from Lake Sonoma for cooking our mashes, and we are blessed that it comes out of the taps. We chose water from Cobb Mountain, the second purest source of water in California, to proof down our spirits, and it gives us an authentic local flavor.”

When it comes to that flavor, Spiegel purposely gives his whiskeys another West Coast spin. As he describes it, most bourbons from the South drink a little sweet—a matter of “technique, yeast, environment, and tradition. We want whiskey that can pair well with food, so super-sweet won’t work.” He opts for a drier finish.

Two releases under Sonoma Distilling Company’s new Distiller’s Edition program—a Cherrywood Smoked Bourbon and a Cherrywood Rye ($50 each)—make a good case for the style. Both use a malted barley locally smoked with California cherrywood, and both come in with an ABV of 47.8 percent, or 95.6 proof. In the bourbon (with a mash bill of 67 percent corn, 20 percent rye, and 13 percent of that smoked barley), the smoke is subtle around warm baking spices layered with bright cherry fruit; the mouthfeel is rich; and the finish is long and clean. In contrast, the rye (with a mash bill of 80 percent unmalted rye, 10 percent wheat, and 10 percent of that smoked barley) opens with dried fall fruit, pear, and toasted hazelnut aromas, with cherry flavors joining on an almost viscous palate.

There’s a saying in wine country: “It takes a lot of beer to make good wine.” Spiegel turns that on its ear: “Good whiskey takes plenty of good wine and beer.”

Want more whisky? Check out our list of the 20 best whiskies you can buy right now.