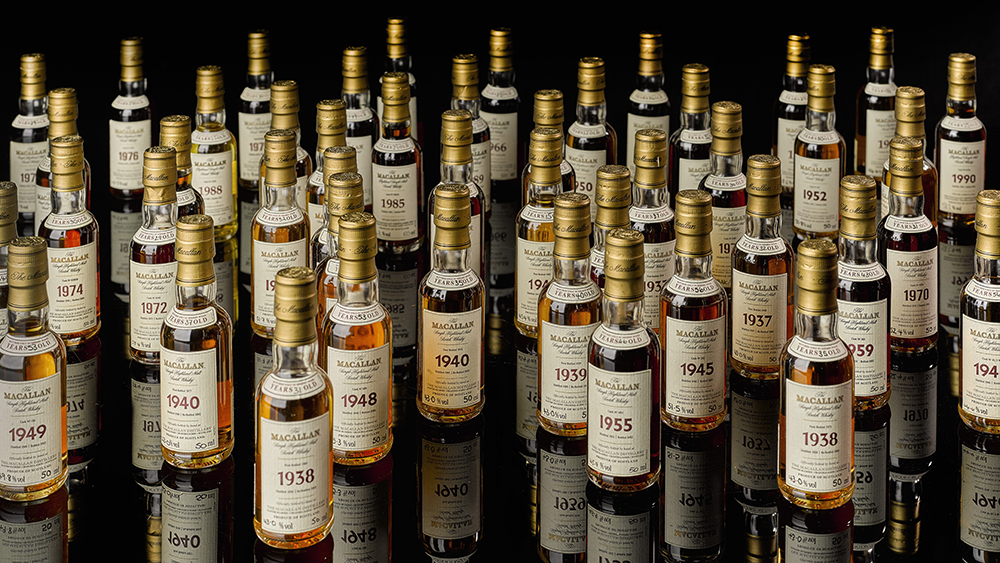 Whiskey lovers searching for their next notable nip need look no further: Sotheby’s just announced that it will auctioning “the most valuable whisky collection to ever be sold” this fall—and that’s not just boozy hyperbole; the lots are collectively worth an intoxicating $4.9 million (the official estimate is £350,000 to £450,000).

The landmark sale features 467 bottles and nine casks of the good stuff and will open for online bidding on September 27. Astonishingly, the entire collection of ultra-rare Scotch came from the cellar of an individual who has assumed the pseudonym: “Ultimate Whisky Collector.”

“Having cherished these bottles, I am now ready to share them with collectors around the world. I hope they find good homes in the hands of whisky lovers who will enjoy the experience as much as I did,” said the anonymous collector.

The impressive bevy of bottles was amassed over the course of 20 years and showcases a range of distilleries, including Bowmore, Dalmore, Glenfiddich, Laphroaig, Springbank and The Macallan, which comprises half of the entire collection and has a total estimated value of $2.7 million (£2.2 million).

To appeal to the true whisky aficionados, the auction house also commissioned bespoke cabinets—designed by British craftsman James Laycock—to house some of the rare spirits. The Macallan 50 Year Lalique Edition Six Pillars Collection (estimated at $350,000 to $500,000) is enclosed in a floor-standing walnut cabinet with fitted mirror, etched glass base and a high-tech LED system to illuminate your six coveted whiskeys, while the 46 miniature bottles from The Macallan Fine and Rare series are displayed in a lockable wall-mounted cabinet that’s finished in stately French polished Burr oak (estimated at $65,000 to $100,000).

Aside from its scale, this auction is momentous for an entirely different reason: It marks Sotheby’s first dedicated sale of spirits conducted by the Wine Department.

“This groundbreaking sale reminds me of the first wine sales that Sotheby’s held in New York in 1994 and Hong Kong in 2009 and we believe it will come to be viewed as a similarly historic moment in the spirits market,” said chairman of Sotheby’s Wine Jamie Ritchie.

In addition to the online component, a live auction will also take place at London’s Olympia on October 24. Check out more images of the collection below:

The Macallan Fine and Rare Collection  Courtesy of Sotheby's