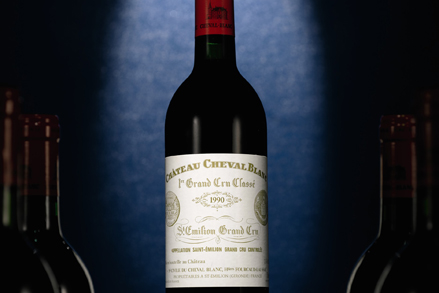 Aulden Cellars and Sotheby’s will hold the first of four wine sales on September 20 in New York featuring 1,361 various-owned lots. It is estimated to generate between $2.3 million and $3.3 million and includes such esteemed brands as Dom Perignon?whose three magnums of vintage 1971 are expected to sell for $6,000?as well as wines from Bordeaux, Burgundy, Rhône, and California. Among the prized lots are six bottles of California’s Harlan Estate 1997, which is expected to reach up to $9,000. Shown is Chateau Cheval Blanc 1990, offered twice in the inaugural sale. Three more sales will follow throughout the season, one each month through December, including an evening sale on Tuesday, October 28. (www.sothebys.com)