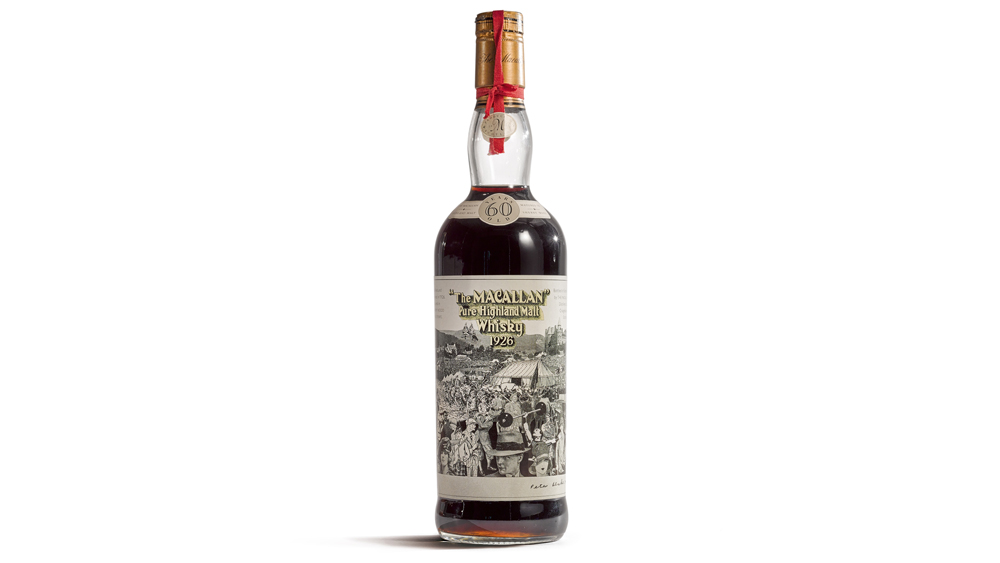 From start to finish, 2018 has been a banner year for Sotheby’s. The venerable auction house has set an intoxicating new record this year: For the first time, its annual wine sales have surpassed $100 million.

In March, Sotheby’s Wine smashed a previous world record for a wine sales series by bringing in more than $29 million during a two-day Hong Kong auction. In October, a bottle of Domaine de la Romanée-Conti Romanée-Conti 1945 sold for $558,000 in New York—the highest price ever paid for a bottle of wine at auction. A separate bottle of the same wine was sold directly afterward for $496,000.

On the same day, a bottle of the Macallan 1926 60 Year Old Sir Peter Blake Label sold for $843,200, making it the priciest spirit ever sold at auction in North America, as well as the highest price ever paid for a single spirit in the history of Sotheby’s. The whisky was aged in sherry casks for 60 years, and only 40 bottles were ever created—making it one of the oldest, rarest vintages the Scottish distillery has ever produced.

And last month, seven methuselahs of Domaine de la Romanée-Conti 2005 were sold together in Hong Kong for $1.5 million, a record high for a single transaction for the auction house’s wine retail business worldwide. Perhaps not surprisingly given the record-setting wine sales in New York and Hong Kong, Sotheby’s Wine reached its highest-ever sales total in both locations since the stores were opened.

In the coming year, Sotheby’s Wine will continue to expand its bespoke wine services and offer even more rare wine and spirits at auction. It’s an exciting prospect we can all raise a glass to.