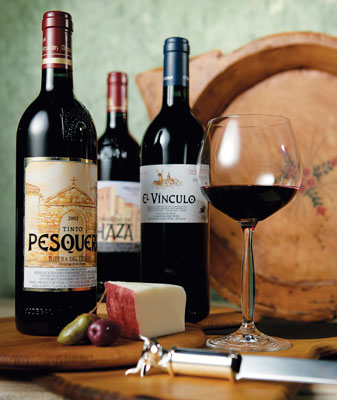 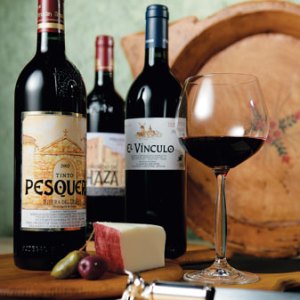 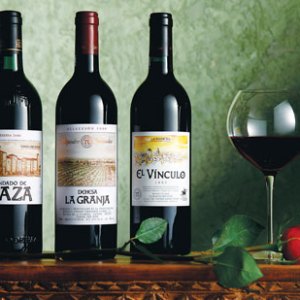 The rugged terrain exudes a beauty born of extremes: Spain’s glistening, serpentine Duero River winds its way through a baked landscape of red brown soil rich in iron, gypsum, chalk, and other trace minerals. Only the tractors hauling loads of grapes through Ribera del Duero’s sleepy farming towns hint that one is traveling through red-wine real estate as valuable as that of the First Growth châteaux of Bordeaux, the great domaines of Burgundy, and the choicest sites in Napa. When the Denominación de Origen for this region in north-central Spain was officially formed in 1982, fewer than 10 properties and a handful of cooperatives produced 500,000 bottles there; today, more than 180 producers release 39 million bottles per year.

Though Ribera’s winemaking history extends back before the Middle Ages to the time of the Visigoths, during most of the 20th century, the region’s wines have been predominantly bulk reds and sturdy rosés (rosados), adapted predominantly from Tempranillo, Tinto Fino, and Tinta del País varietals. Popular perception of these grapes as somehow inferior changed dramatically in the mid-1980s, when Robert M. Parker’s boundless praise for the 1982 Pesquera of Alejandro Fernández (see “Spain’s Château Pétrus”) prompted critics and consumers to entertain the idea that producers from Ribera del Duero other than Bodegas Vega Sicilia could make great wines. As critical kudos mounted, the region began to challenge Rioja’s long-held position as the premier appellation in Spain, and when Parker awarded Peter Sisseck’s 1995 Pingus 98 points, a kind of gold rush commenced. This is a DO winemaking region very much on the ascendance, thanks in large part to Vega Sicilia, Dominio de Pingus, and Aalto, whose exceptional red wines are considered by international critics and collectors to be among the finest anywhere.

The gold standard of quality in Ribera has long been Bodegas Vega Sicilia, whose wines based on Cabernet Sauvignon, Merlot, and Malbec enjoy near-mythic status. In 1864, Spanish nobleman Don Eloy Lecanda Chaves brought vine cuttings from Bordeaux to Ribera and planted them on his family’s property, formerly a Catholic monastery, where he produced brandies that were much admired. The estate passed from his hands into those of the Herrero family in the late 1880s, however, when Don Eloy failed to make a bank payment of 170,000 pesetas.

In 1905, after Rioja was stricken with phylloxera, Domingo “Txomin” Garramiola from Bodegas Cosme Palacio approached the Herrero family about buying their grapes; this gifted winemaker, much influenced by Bordeaux, soon was hired to run the property, making the estate’s first vintage of red wines, Vega Sicilia and Valbuena, in 1915 (though some put the vintage in 1917). For the following several decades, the only way to obtain a bottle of Vega Sicilia was to receive it as a gift from the Herreros; it was simply not for sale—a fact that greatly fueled the legend.

Vega Sicilia’s three wines—Único, Valbuena 5°, and Reserva Especial—embody the sophisticated balance, harmony, and elegance that are the bodega’s hallmarks. Único ($270) ages for seven years in mostly American oak vats (tiñas) and barrels of varying sizes, after which the wine spends at least another three years in bottle. Único shows immense depth and grace in its combination of black cherry and oak, and the structured 1989 and 1994 vintages demonstrate the wine’s considerable heft and need for aging—10 to 15 years is reasonable. The softer Valbuena 5° ($120), with its black fruit and earthy spice, is more approachable than Único on release, having been aged for a mere three and a half years in the same wood regime as Único and a year and a half in bottle.

The nonvintage Reserva Especial ($250) blends three or more vintages of Único that are deemed superior by the bodega. With spellbinding aromas of chocolate, tobacco leaf, spice box, herbs, and minerals, these built-to-last wines are comparable to Château Margaux or Lafite Rothschild in outstanding vintages. According to Helio San Miguel, a writer for Spain’s top food and wine magazine, Club de Gourmets, and lecturer on Spanish wines at the Instituto Cervantes in New York City, the style of Vega Sicilia “in some ways represents the essence of 19th century Bordeaux as filtered through traditional Rioja practices”—a legacy of Garramiola’s that continues.

Alejandro Fernández put the Ribera region on the international map when Robert M. Parker compared his 1982 Pesquera with the wines of France’s Château Pétrus. Other great vintages for this 100 percent Tempranillo wine include 1991, 1994, and 1996. (Click image to enlarge)

Vega Scilia, however, is not the only superstar of Ribera: Pingus qualifies as one of the region’s truly epic wines. If winemakers could be likened to film directors, then Peter Sisseck, owner of Dominio de Pingus, would be an impresario in the mold of Stanley Kubrick, who once held a union card as cameraman and was intimately involved in every aspect of his films—from concept through distribution to monitoring box office receipts. Sisseck brings to his work a similar combination of passion, focus, and attention to detail, which explains why his Tempranillo-based wines are among the most sought-after by collectors. In most vintages, total production is just 300 to 600 cases, and Sisseck is in the enviable position of being able to sell everything he makes before it is bottled, placing his vintages in an elite category of wines that consistently sell en primeur.

Sisseck’s winemaking philosophy—which is much influenced by his friendship with Bordelaise Jean-Luc Thunevin, maker of the superb Château Valandraud—stresses endless vineyard work, meager yields, no pesticides or chemicals, leaf thinning, late harvesting, and berry-by-berry sorting. All of the vineyards in La Horra from which Sisseck sources his grapes have been biodynamically farmed since 2000. Many fine Burgundy domaines, Bordeaux châteaux, and California wineries are practicing biodynamic farming, and comparisons have shown that these methods (an extreme form of organic farming) simply result in higher-quality wines with more distinctive characters that express their vineyard sites, or terroirs.

For Pingus ($350), Sisseck uses traditional, open-topped wood fermentation vats, called foudres, which are handbuilt by a Burgundy cooperage, and which, he says, yield a wine “made as naturally as possible, very Burgundian.” For his second wine, Flor de Pingus ($50), “a more man-made wine,” Sisseck designed a custom, funnel-shaped bin for the gentlest handling of sorted fruit. In style, the 2001 Pingus has an incredible earthy, herbal aroma intertwined with concentrated, crushed wild cherry and black raspberry fruit that, on the palate, meshes with fine, satinlike tannins in a finish that goes on for minutes. A hotter growing season gives the 2003 vintage less structure but more aromas, acidity, and palate presence. Like Vega Sicilia’s wines, these will benefit from extended aging.

Javier Zaccagnini is a dynamo—an irresistible force whose boutique winery, Bodegas Aalto, established in 1999, crafts equally irresistible wines. After only a few vintages, Zaccagnini’s two wines are sellouts at U.S. wine shops, and thanks to scores like the 98 points that Parker awarded the 2001 Aalto P.S. (Pagos Seleccionados), Aalto is already mentioned in the same breath as the other legendary bodegas of Ribera del Duero.

As regulatory supervisor of the Rioja DO for a few years in the 1980s, Zaccagnini was so successful in helping to promote that region’s wines globally that he was hired to do the same for Ribera del Duero, where he managed the DO from 1992 to 1998. In this capacity, he acquainted himself with all the property owners in Ribera and familiarized himself with the best vineyards. He also knew who the best winemakers were, and so he partnered with his friend, Mariano García, formerly of Vega Sicilia, when he was ready to establish his own bodega.

Ribera wines are classified as crianza, reserva, or gran reserva, depending on the quality of the vintage and how long it ages. These epithets apply to Pesquera, as well as to Condado de Haza, Dehesa La Granja, and El Vínculo, other Ribera wines from Grupo Pesquera. (Click image to enlarge)

At Bodegas Aalto, Zaccagnini’s stated goal is “to make a wine that in 15 or 20 years’ time can compete with the best in the world—Lafite or Margaux.” Toward this end, the winery now under construction will be a state-of-the-art gravity-flow facility that features conical fermentation tanks custom-designed by García to obtain a better extraction of soft tannins and color. The 2001 Aalto P.S. ($120) is a hedonistic wine with deep aromas of wildflower, pencil lead, blackberry, and smoky oak that develop into complex, dark berry fruit, leaving a trace of menthol and spice. The fruit has a creamy character that is enhanced by the oak aging, and a wonderfully velvety mouthfeel that recalls a Roumier Bonnes Mares or a Rousseau Chambertin in a great vintage.

Despite these Burgundian hints, Aalto and other Ribera wines all possess an unmistakably earthy character, concentrated fruit on the palate, and well delineated acidity similar to the finest mountain Cabernets of California. Indeed, California and this river valley also share something else: progressive, innovative winemaking philosophies that nevertheless respect the rich heritages of each region. Ribera del Duero’s wines are some of the biggest, most seriously structured wines in Spain, but for all their modernity, the bold aromas and complex flavors of the wines of Vega Sicilia, Pingus, and Bodegas Aalto still embody the history and character of the Spanish countryside, as well as Ribera del Duero’s centuries-old winemaking tradition.