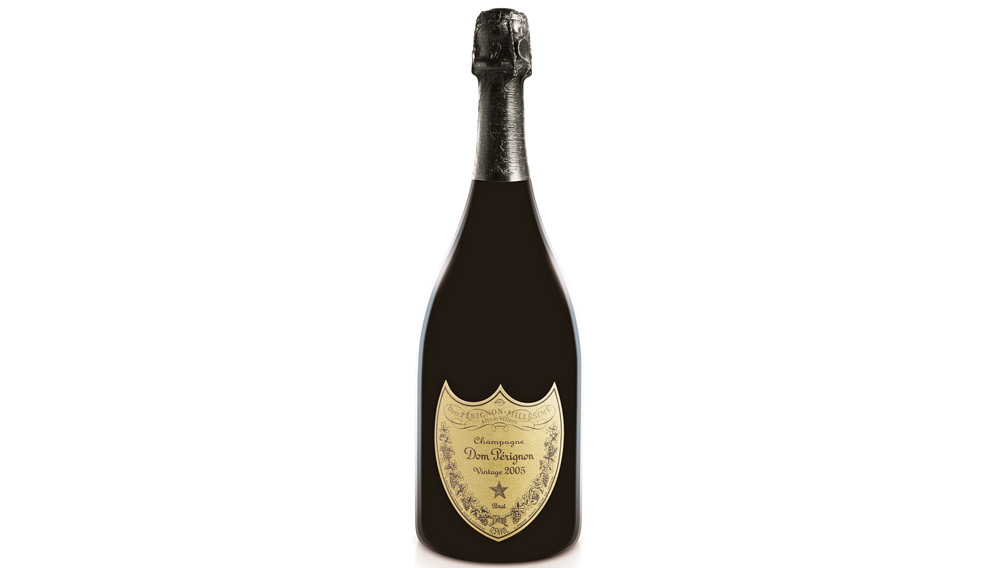 Dom Pérignon unleashes a warrior wine with the 2005 vintage.

Earlier this year, on a crisp spring evening in Barcelona, an eager and thirsty crowd assembled outside the Catalan capital’s Palo Alto Market, a hefty former factory wrapped in the bright pinks and purples of climbing bougainvillea. Just after the last drops of daylight had slipped away, the industrial structure’s heavy doors swung open, allowing the patrons, sober and silent, to file inside.

Darkness and several dozen mirrored stands awaited, each topped with a bottle of Dom Pérignon and a single glass. After each guest claimed a lectern, a series of scalloped partitions descended from the ceiling to an ethereal soundtrack. With no distractions or further instruction, the patrons, isolated within their shimmering private chambers, had little more to do than pour themselves glasses of the new 2005 vintage.

Despite Dom Pérignon’s confident unveiling, the Champagne house’s new vintage comes from a year of notorious difficulties. An unusually hot season punctuated by fits of late rain and further complicated by the presence of Botrytis cinerea (gray rot) led many growers in Champagne to abandon the 2005 vintage altogether. These hurdles, however, did not deter Richard Geoffroy, Dom Pérignon’s chef de cave, from creating the house’s most distinct—and limited—wine in decades. “It’s different from anything we’ve ever done in the past,” Geoffroy says. “What we have created here should be placed alongside vintages like 1947 and 1976.”

Indeed, Dom Pérignon’s newest release represents a herculean example of ­lemons-​to-lemonade. Priced from $160 per bot­­tle, the vintage comprises 60 percent Chardonnay—the greatest proportion of white grapes ever used by the house in its 347-year history. The blend plays on contrasts: fragile and fruity at first, then powerful with strong hints of minerality and spice on the palate. “This wine is a great case of a seamless transition from front to finish,” Geoffroy says. “It has a way of transitioning from a velvet glove to an iron fist.”

When the scalloped walls rose on Dom Pérignon’s guests, the crowd, no longer silent, erupted in applause. The evening continued with a multicourse meal prepared by Ferran Adrià—the first time the Spanish master donned his chef’s uniform since shuttering El Bulli in 2011. As if to highlight the importance of the vintage, each course consisted of small bites only, ensuring that, as Adrià put it, “the wine is the center of the universe, and the bites are the supplement.” (Adrià’s “snacks” menu is also available for a limited time at a handful of restaurants, including Le Bernardin and Daniel.)

As the night wound down, Geoffroy and Adrià embraced, and, for a moment, Geoffroy appeared wistful. “Years and years ago, I would not have declared 2005,” he said. “But that would have been a failure. This vintage is a warrior.”