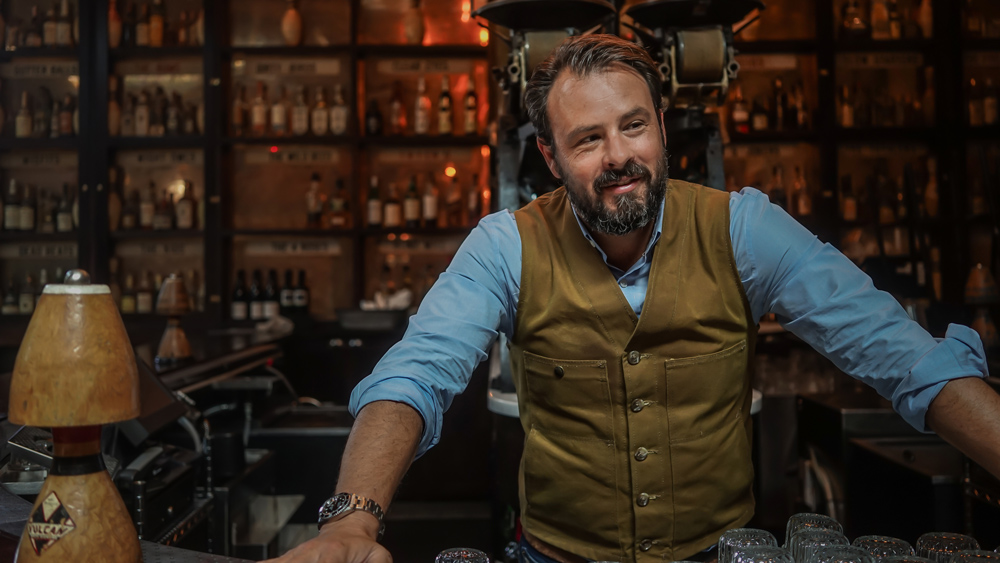 Over the past two decades, few have done more to foster the modern speakeasy culture in Los Angeles than 44-year-old Dimitri Komarov and his partners in the 1933 Group, Dmitry Liberman and Bobby Green. What started in 1999 as a modest ode to rustic roadhouses called Bigfoot Lodge has flourished into a booming enterprise that boasts some of the city’s most ornate and acclaimed bars. There’s Harlowe in West Hollywood, Thirsty Crow in Silver Lake, and the eye-popping Highland Park Bowl, to name a few. The group recently made headlines by acquiring the floundering Formosa Café, vowing to restore the legendary watering hole to its former grandeur.

Komarov also owns an eponymous fashion company he started with his mother, Shelley, an Emmy Award–winning costume designer. But he claims most of his time and energy is devoted to expanding the reach of the 1933 Group, where he unofficially assumes the title of CFO.

1933 Group’s first project was Bigfoot Lodge on the outskirts of Los Angeles. What were your expectations for the place going in?

I was 24 and hoping I wouldn’t lose the condo I just mortgaged! In the clothing industry, you are only as strong as your last collection. There are no tangible assets. At least with a bar, there was brick and mortar as well as a liquor license. If all of it went to hell, at least I’d have something to sell.

When you started nearly two decades ago, the cocktail bar revitalization in L.A. was in its nascent stages. Looking back, what’s gone right in that city?

The level of creativity in cocktails has had a similar renaissance as food. When we started in 1999, being a bartender in L.A. was a part-time gig to supplement something else. Over the last 10 years, it has shifted into a profession, and because of that, cocktails have become more interesting and creative.

How has your philosophy for creating spaces evolved over the years?

When we first began as a company, we were interested in opening bars in emerging neighborhoods. Very few up-and-coming neighborhoods exist in L.A. today, so our focus has shifted to restoring and preserving buildings that are significant to L.A.’s history. 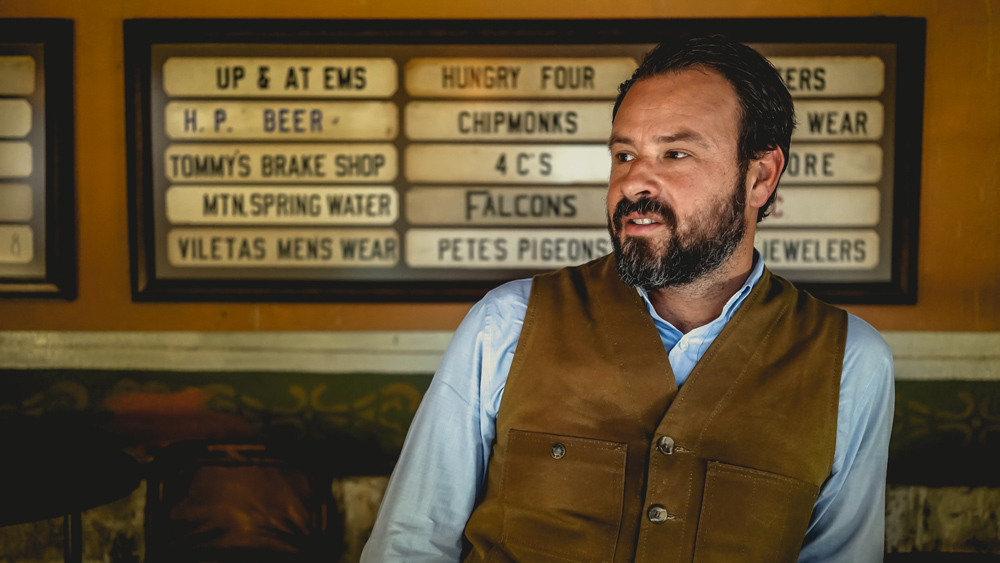 Others have tried revitalizing that bar before you and failed. You’re the latest to try your hand. What has to happen for it to be successful?

Previous incarnations of Formosa haven’t truly focused on reviving the soul and history. Rather, there have been efforts to transform it into a higher-end restaurant or a nightclub. In a transient, quick-paced city like Los Angeles, sometimes history gets lost. Our intention is to bring back the past by exploring stories from different generations of patrons, integrating specific décor pieces from its golden era, and balancing that by improving the flow of the design and adjusting the culinary program to satisfy modern tastes.

Is it fair to say that nostalgia—a genuine fondness and respect for the past—is at the heart of every project you’ve been involved with so far?

Yes, our properties all display great reverence for the past. Decades ago, buildings were built better, architecture had more integrity, and general décor was a bit more whimsical. My partners and I love antiques and anything vintage—whether it be old houses, cars, and otherwise. Almost every detail we put in our bars is vintage. We do very little reproduction, which lends a sense of old soul and a genuine homage to whatever era we’re inspired by. I feel like doing it that way gives the space and the actual décor pieces another life.

I would love to do a bar where you press a button and an awesome cocktail comes out. Like a Japanese vending machine. It would cut down on labor costs, but then who wants to go to a bar without the human connection of a bartender?

In all seriousness, what does the future of cocktail bars look like to you?

I think there is a shift from mixology to tending bar. Every bar can make a great drink, but it is about the human experience and being able to transport customers away from the rigors of their daily life. That being said, with minimum wage going up every year, it will be interesting to see if the U.S. will adopt a more European approach [to service].

You’re being permanently relocated to, say, a secret Mars colony. You’ve got one last weekend to live it up in L.A. What bars are you going to, and what are you drinking?

I would find the rarest and most expensive Scotch that I can find, eat at Mh Zh on Sunset—I enjoy simple, delicious food—and drink myself silly at the Chateau Marmont. I love the patio there.