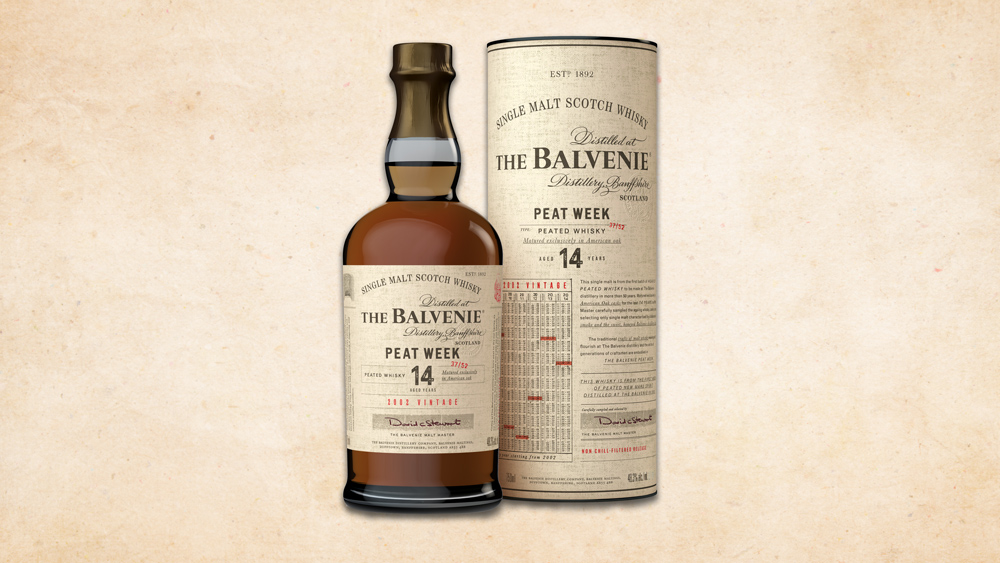 For hundreds of years—up until the 1950s and early ’60s—peated whiskies produced in the Speyside region of northeastern Scotland were quite common. By the turn of the twenty-first century, however, few distilleries in the region were still using peat-heated fires to dry malt. Speyside was, and largely still is, known for Scotch with grassy, fruity, and nutty characteristics.

Relying upon prescience and the instincts that have served him so well, malt master David Stewart had a hunch there’d someday be renewed interest in smoky Speysides, so in 2002 he distilled a batch of heavily peated malt and laid it to rest at Balvenie, one of the famed Dufftown distilleries. Since then, Stewart and his team have designated one week per year annually during which peated barley is all that’s used to make whisky.

The just-released Balvenie Peat Week 2002 Vintage ($99) is the alluring result of Stewart’s initial experiment. Aged 14 years inside American oak casks, it’s a typically honeyed Balvenie leavened with soft cereal, citrus, and saline notes. Where Peat Week 2002 most noticeably diverges from the brand’s long-established profile is in the mouthfeel —which is more plump and lush (and pleasantly so) than any Balvenie that’s come before— and on the finish, where the peat smoke stands up to be counted.

This non-chill filtered expression of Balvenie was bottled at 96.6 proof and in very limited quantities.