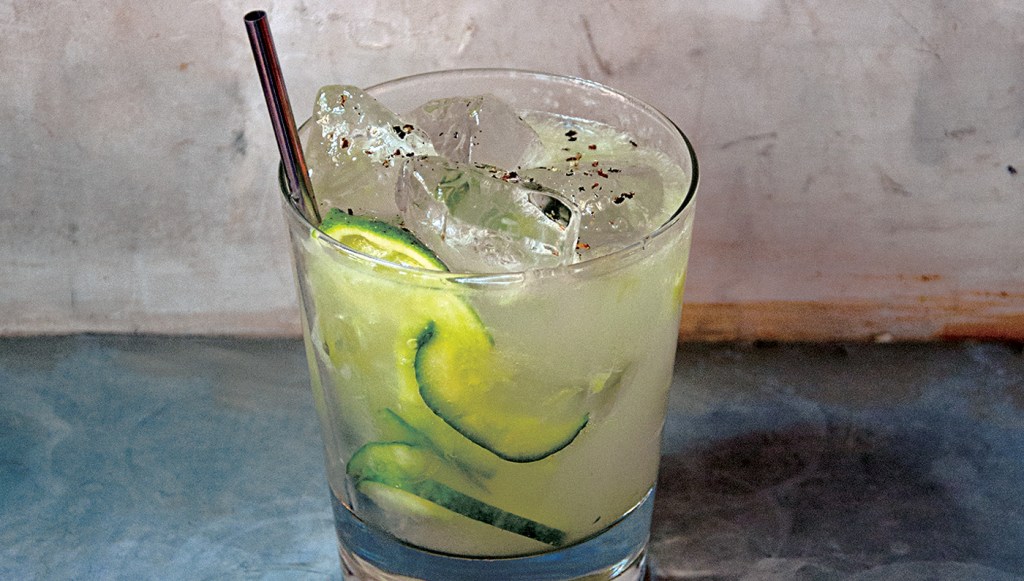 In 1999, during the rowdy heyday of the cosmopolitan and the sweet martini, Sasha Petraske opened a small bar on Manhattan’s Lower East Side called Milk & Honey. In many ways, this civilized establishment—hidden behind an unmarked door and specializing in perfectly made classic cocktails—marked the beginning of the modern cocktail era, with an influence that reached around the world. Petraske died last year, but this month the book he was writing, Regarding Cocktails, will be released by Phaidon. Completed by his wife, Georgette Moger-Petraske, it features contributions from a who’s who of today’s drinks world. Dale DeGroff, David Wondrich, Eric Alperin, Sam Ross, and many others offer a final tribute to the man who taught a new generation of bartenders the art of making cocktails—and a new generation of drinkers to appreciate them.  —Michalene Busico

A variation on one of Petraske’s signature cocktails, it packs the perfect punch for Sunday brunch.

Combine all ingredients except the salt and pepper in a cocktail shaker. Add 1 cup of cracked ice and shake vigorously until the drink is sufficiently chilled. Pour into a chilled rocks glass and finish with a pinch each of salt and freshly ground pepper.

Simple syrup: Combine ½ cup granulated sugar and ½ cup filtered water and stir until the sugar is dissolved. Do not boil, as many recipes instruct, as that would cause some of the liquid to evaporate and skew your water content when making cocktails. Cover and refrigerate up to 4 days.  —Sasha Petraske