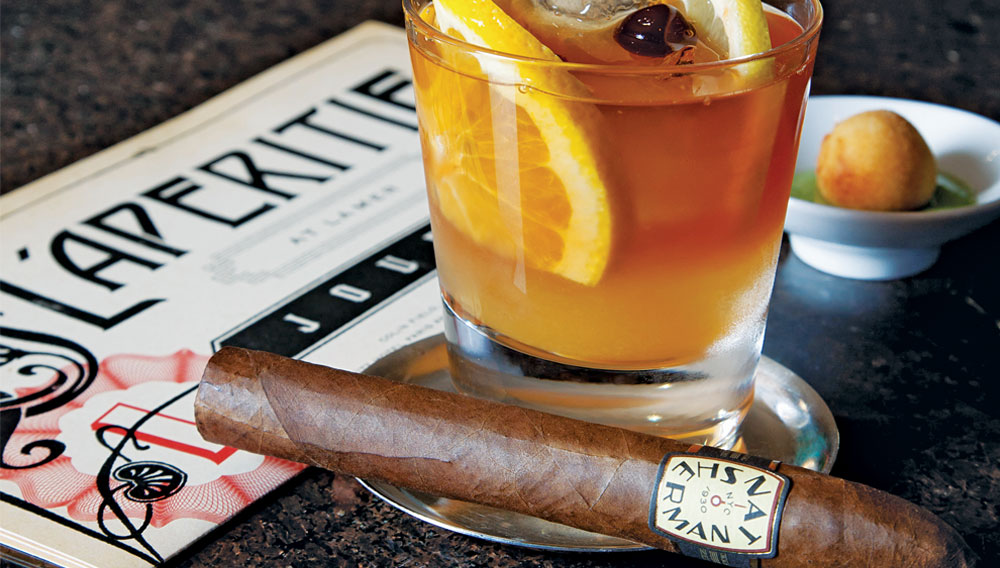 Colin Field, the man widely known as the best bartender in the world, is mixing a drink. It is called La Tomate, and he begins by barely crushing ruby chunks of tomato in a rocks glass—just bruising them, really—then adding equal measures of soju and junmai sake, and jagged blocks of clear ice imported from Japan. He balances a small purple orchid on the rim and hands over a very chic-looking cocktail of nearly clear liquid filled with transparent and bright red cubes. “I don’t want it to be red, I just want the tomatoes to give up a little tomato taste,” he says. “The whole idea is sort of a caipirinha idea.” The drink looks about as flavorful as a glass of vodka, so the first sip is a shock—tomato amplified, the greenness of the skin, richness of the pulp, even the faint woodiness of the seeds, all somehow conveyed in a single swallow.

For 18 years, Field could be found behind the bar at the storied Hemingway Bar at the Ritz Paris, where he became a legend for both his gift as a mixologist and as a social engineer. For a generation where an excellent cocktail is usually delivered with excruciating correctness, 10 minutes in the company of the brilliantly lighthearted Field can be a revelation. The personality of the bartender—the conversation, the conviviality, the understanding that the point of a bar is really not the drink—may be the great missing ingredient in this era’s cocktail revolution. Or as Field puts it, “They’ve been restoring the art of mixing drinks, but not of bartending.”

When the Ritz closed in August for more than two years of renovations, Field became a globe-trotting cocktail consultant. His first stop was Honolulu, where the Halekulani resort enlisted him to perform a neat trick: transform the faded bar of the hotel’s French restaurant, La Mer, into a Belle Epoque–style aperitif bar. The concept might seem as incongruous as Field—a proper Brit in a charcoal gray suit and wingtips—wandering among the skimpily clad vacationers of Waikiki. But he was inspired by the swaying palms and scores of honeymooners. “France is about meeting people,” he says. “It’s a romantic place, and this is a romantic place.”

His menu, printed on faded yellow paper meant to look like a turn-of-the-century newspaper, is filled with fanciful cocktail descriptions and short cocktail history lessons. The resort’s executive chef, Vikram Garg, created a single interesting “bite” to complement each of them; no nuts or bar snacks are served. The result is 14 drinks concocted for warm weather and the start of the evening. The Hemingway Old Fashioned, for example, has the juice of half a lemon and half an orange cutting the bourbon and bitters, and is served with a blue cheese and olive croquette. The Serendipity—Field’s most famous drink, invented at the Ritz—is a light muddle of fresh mint and Calvados, topped with apple juice and Champagne. It is a clean drink, paired with a bite of goat cheese on a cinnamon tuile, that, like La Tomate, shocks by how effectively it enhances the flavors of each ingredient.

“French bartenders know great varieties of Cognac and Armagnac; they’ve been to the north of England to see Bombay gin being made,” he says. “So the French have respect for the work and the artistry that went into the spirit, and when you have that respect it makes a much, much better cocktail.”