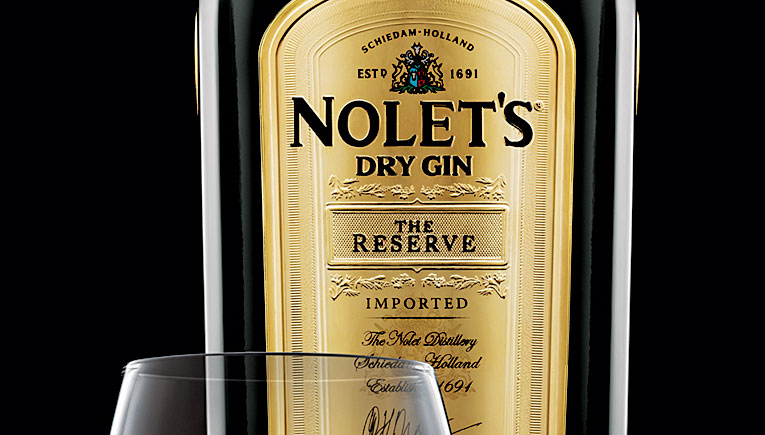 In certain circles, a high price connotes quality, and few sectors of the marketplace have more expertly exploited this peculiar perception than the distilled-spirits industry, which turns out numerous expensive and stylish bottles whose contents make little impression in the glass. The aficionado who eyes such costly introductions with suspicion might therefore wonder whether Nolet’s Reserve Dry Gin, at $700 a bottle, is more the product of marketing hype than mastery of the distiller’s art. Yet the price, according to Carolus H.J. Nolet Sr., reflects the many years of learning, experimentation, and intense research that went into developing this spirit. For the last four decades, the 10th-generation member of one of Holland’s oldest distilling families labored to perfect the recipe for the Reserve, searching the world for botanicals that have never before been combined in a gin. “I wanted to make something different,” he says. “I wanted to create a new way for gin to be enjoyed—not just now but for decades to come.”

The Nolet family has been making jenever—a precursor of gin—at its distillery in Schiedam since 1691. About 40 years ago, however, Nolet Sr., then the company’s new president, realized that vodka had begun to replace gin as the main ingredient in martinis, and so he broke with tradition and, in due course, introduced Ketel One, which has become one of the most popular vodka brands in America. This success enabled Nolet Sr., now chairman, and his sons—Carl Jr., who serves as executive vice president, and Bob, who oversees brand development—to experiment once again. Their goal was to craft a super-premium London dry gin unlike anything distilled in Holland—or anywhere else in the world.

The Reserve’s small production (the premier distillation filled only 494 individually numbered bottles) and the secrecy surrounding its recipe underscore its unique place in the spirits hierarchy. Nolet Sr. refuses to divulge the gin’s key components, except to admit that it contains verbena, an herbaceous botanical seldom used in gin, and saffron, a more commonly encountered ingredient. Still, the discerning judge can detect a variety of familiar essences in this wheat-based, pot-distilled spirit, including juniper, citrus, orris root, cassia, and licorice. In addition, botanicals rarely, if ever, found in gin emerge, such as rose petal, apple, red berry, and Chinese herbs. Though Nolet Sr. will not confirm that these aromas and flavors represent actual ingredients, he does, when pressed, reveal that the individual botanicals are either pot-distilled or macerated, depending on their origin, before being married for 72 hours to integrate their flavors.

Though the formula for Nolet’s Reserve remains elusive, its extraordinary quality is apparent from the first sip. Its legs on the glass are reminiscent of a fine Cognac, and the deep bouquet, lengthy finish, and intricate flavors of this full-bodied, 104.6-proof gin are sufficiently complex to be enjoyed neat rather than blended in a cocktail. This fact, however, will not prevent enterprising bars from promoting this spirit as the basis for the world’s most expensive martini.