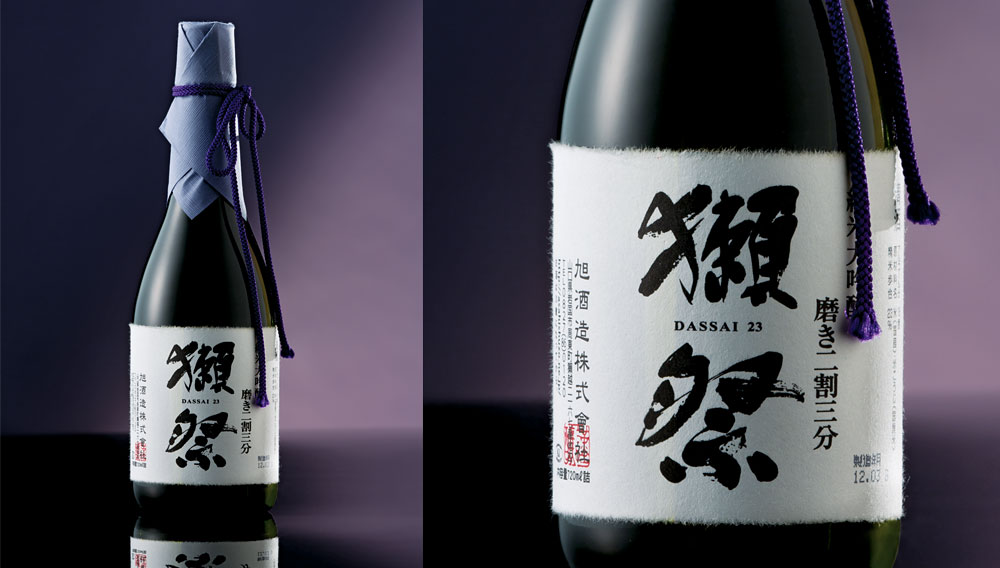 Sake has long been merged with sushi in the minds and mouths of diners. This centuries-old fermented beverage appears in seemingly endless variety on the menus of Japanese restaurants worldwide, and many brewers in Japan have ramped up production of sake to slake the growing global thirst. But at least one sake maker’s approach to the market goes against the industry grain. Hiroshi Sakurai, a third-generation brewer, prefers to focus efforts at his company, Asahi Shuzo, on delivering unusually high-quality sake rather than large quantities of the drink. As a result, his refined rendition of this classic has been embraced in culinary milieus far removed from the purview of the itamae, or chef of Japanese cuisine.

Junmai Daiginjo, the variety of sake in which Asahi Shuzo specializes, requires a labor-intensive brewing process and is therefore expensive to make. To perfect its crown jewel, Dassai 23, which is brewed exclusively from the highly prized yamada nishiki rice, Asahi Shuzo spent several years investing in costly technologies and experimenting with the traditional methods that many other producers have abandoned.

For sake to be designated as Junmai Daiginjo, the rice grains used in its manufacture must be milled down to at least 50 percent of their original size prior to fermentation. This process removes proteins and fat along with the rice husk, allowing more nuanced flavors to be expressed in the finished sake. In the case of Dassai 23, which is priced from $85 for a 300 mL bottle to $185 for a 720 mL bottle, nearly 80 percent of the grain is milled, a number un­matched by any other commercial product. The resulting opalescent pearls impart the sake’s rich signature bouquet, which has all the layered grace of a grand cru white Burgundy.

Dassai 23’s compelling depth and complexity have made fans of many culinary luminaries and encouraged some of them to play with pairings that venture far afield of sushi-dominated orthodoxy. The chef Joël Robuchon, for instance, acknowledged that Dassai 23, which should be served chilled, is “the best sake in the world.” In January, the Four Seasons Hotel Los Angeles at Beverly Hills added Dassai 23 to the menus at its Windows Lounge and Culina, Modern Italian, eateries. Ashley James, the hotel’s executive chef and the host of the PBS series Cuisine Culture, finds that the sake’s delicate floral notes and flavors of vanilla and poached pear make it a superb accompaniment to his elevated selection of global street foods, especially the Dungeness crab tostada and the jicama tostada with vegan cheese.

Dassai 23 can also be found on the wine list at 21 Grams, Mihoko Kiyokawa’s high-design outpost of Franco-Japanese fare in Manhattan’s Flatiron District—a perfectly appropriate venue in which to enjoy an unconventional premium sake that fuses the opulent beauty of France’s finest white wines with the traditional charms of Japan’s best-known beverage.