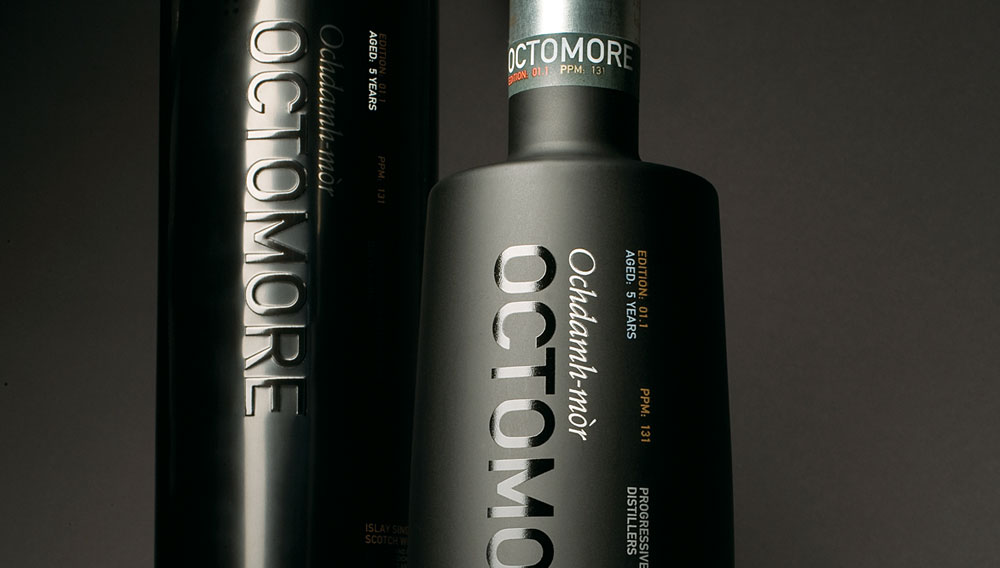 Watching master distiller Jim McEwan in Bruichladdich’s Islay bottling hall is not unlike observing a loving parent prepare to send his children out into the world. He is attentive and protective, yet shows no anxiety when the time comes to let his whiskies go. This is true whether the Bruichladdich offspring in his care have been hanging around the distillery for decades—such as the limited-edition 1973—or are fledglings like the five-year-old Octomore.

“There’s no rule that says a whisky has to be 12 or 20 years old,” says McEwan, an Islay native who began his whisky-making career 46 years ago at the Bowmore distillery. “Real single-malt aficionados are curious about how a whisky tastes as it ages. It’s like watching your child grow; you want to see what it will be like at three, five, six, and seven years.”

Shortly after McEwan and his business partners acquired in 2001 the mothballed Bruichladdich distillery (along with most of its back stock)—a stone’s throw from Bowmore, across Loch Indaal—they hatched a plan to resurrect two other brands at the property as well: Port Charlotte and Octomore. Though the Octomore brand is itself quite young, it takes its name from a historic Islay farm that, during the mid-19th century, distilled small batches of illicit whisky. Despite its tender age, the 127-proof Octomore (750 ml, $210) packs a powerfully peaty punch. Its barley was smoked over peat moss for four days rather than the two days that are customary among the eight distilleries on the windswept isle, which is renowned for its heavily peated single malts. The result is a whisky rated at an unprecedented 131 parts per million (ppm) of phenols (typical Islay malts rate between 25 and 40).

“People expect it to be all smoke and seaweed and iodine; they expect it to be very aggressive,” says McEwan. “But in actual fact it is none of these things. Just add a drop of water to your dram. There’s a balance of sweet flavors from the barley and some vanilla from the bourbon oak cask, followed by undertones of beautiful citrus, lychee, peach, and pear.” McEwan attributes this to a slow-trickle distillation using Bruichladdich’s narrow-necked 1881 still, which stands nearly 20 feet high. The long journey from the pot still to the whisky safe forces heavier elements to fall out, producing lighter, fruitier whiskies that ameliorate the peat character.

Enthusiasts have for a long time regarded Ardbeg, located on Islay’s southern coast, as the one distillery to really push the peat envelope. Ardbeg’s standard 10-year-old malt rates between 50 and 55 ppm, and the distillery recently released the 100 ppm Supernova to its club members. However, this summer, with Octomore’s second, 5,000-case release (the heavily anticipated first release in late 2008 consisted of 2,000 cases, which sold out within two hours of hitting the shelves), McEwan’s youngest definitively claims the prize as Islay’s smokiest single malt. “We weren’t trying to break records,” he says. “We simply wanted to destroy myths and see if it could be done.”

Still, record or no record, one dram of this peat monster leaves no doubt that McEwan has a bright future indeed.