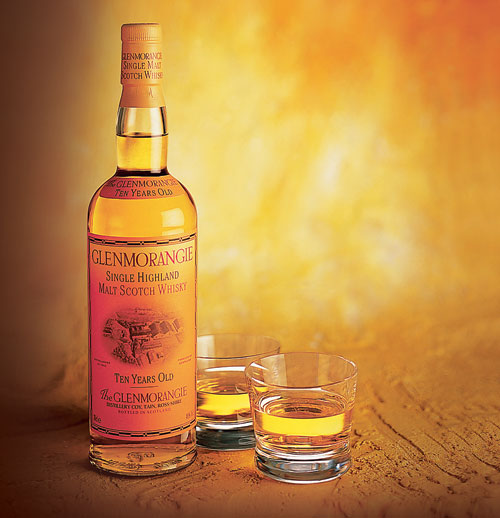 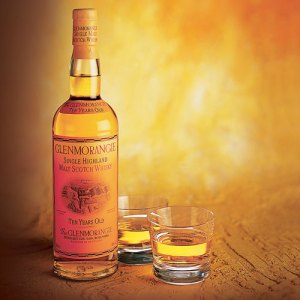 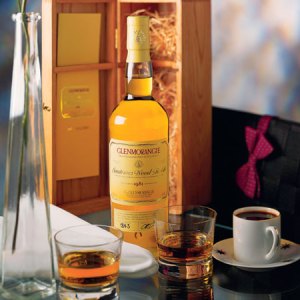 The woods can be mysterious. No one knows this better than Bill Lumsden, who holds a doctorate in biochemistry and heads the Wood Management Programme at Glenmorangie. Although the small highland distillery employs only 16 men, its Ten Years Old bottling is the best-selling single malt in Britain and one of the top four sellers in the United States. Lumsden’s charge is to match Glenmorangie’s spicy-floral spirit with appropriate barrels for “finishing,” a process of aging already-matured single malts in whisky or wine barrels to develop additional nuances of flavor. His creativity, discrimination, and ultimately, his success are key to the distinct characteristics—and increasing popularity—of this leading Scotch brand.

“I look for barrels whose flavors will complement our existing house style—not completely drown them out,” Lumsden explains as he leads me through the distillery on the shores of Dornoch Firth. “I have already taken a lot of soft, sweet flavors from American bourbon barrels in our initial aging process, so I look to the drier, more tannic European species to give a bit of bite to the product.”

Assessing a malt whisky’s character generally involves weighing the attributes of water, barley, and aging. Yet it is the barrels, often overlooked as mere holding vessels, that have the final influence. The origin of their wood, the density of their grain, and, in the case of previously filled barrels in which Scotch is aged, their prior contents, all combine to create the end product.

Traditionally, distilleries have limited finishing to two types of barrels: sherry and bourbon. While other distilleries had previously experimented with alternative woods, Glenmorangie was the first to do so on a large scale, putting its flagship Ten Years Old into ruby port casks for additional aging of one to three years. The resulting Port Wood finish—a chocolaty, cherried, tannin-laced whisky released in 1997—found immediate favor with connoisseurs, and today, Glenmorangie’s methods are being emulated by distilleries across the Scottish countryside.

Glenmorangie’s success with the Port Wood finish led to the company’s Oloroso Sherry and Madeira Wood finishes in 1997, a Fino Sherry Wood finish in 1998, and a Côte de Nuits Wood finish in 2001, a bottling that marked the distillery’s first foray into French oak. Glenmorangie’s most recent release, the 1981 Sauternes Wood finish, is an 18-year-old whisky that spent three additional years in first-fill barrels from Château d’Yquem.

Following the tour, Lumsden invites me to Glenmorangie’s 16th-century highland estate at Cadboll, 15 miles from the distillery on the northeastern coast of Scotland, to analyze properly the influence of wood on whisky. A coastal squall has moved in and is lashing the windows with icy curtains of rain as the housekeeper places a log upon the crackling blaze in the fireplace. The whisky is equally warming, from the rich, nutty Sherry Wood to the citrus Madeira Wood and the honeyed Fino Sherry–casked drams. The lighter Bordeaux-styled Côte de Nuits and no-longer-available Claret Wood seem better reserved for sunny days; they are too delicate for a stormy night. We even sample the cinnamon-and-clove-tinged Malaga Wood and the Côte de Beaune finish, with its subtle blackberry nuances.

We conclude with the Sauternes Wood finish, of which only 260 bottles are being imported to the United States. “I felt that Château d’Yquem barriques would provide an interesting secondary habitat for Glenmorangie,” Lumsden explains as he pours a dram into a narrow-necked tasting glass. “The wine is very full-flavored, so I chose an older Glenmorangie to give a bit more guts to stand up to the wine’s flavors. After three years of monitoring the extra aging, I decided that perfect harmony had been achieved.”

Indeed. Heathery in aroma, rich in texture, buttery and floral in taste, the 1981 Sauternes Wood finish is one of the evening’s most delicate yet complex whiskies—an ideal solution to the mystery of the woods.