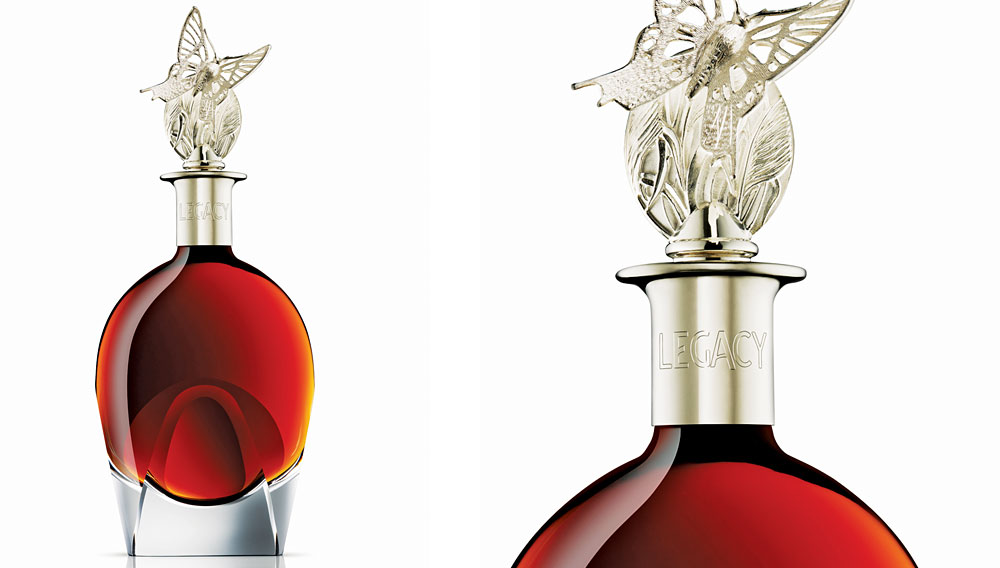 With the lowering of the Union Jack and the raising of its own red-white-and-black flag on August 31, 1962, the twin-island nation of Trinidad and Tobago signaled its independence from the United Kingdom and officially became a republic. Fifty years later, the golden anniversary of this momentous occasion has been appropriately recognized with the release of a gold-hued rum that far surpasses anything previously distilled in this young yet tradition-steeped Caribbean country.

The elegantly packaged Legacy by Angostura presents subtle reminders of the islands’ past. The sterling-silver neckband and butterfly stopper that cap this limited release’s lead-free decanter, for instance, are handcrafted by the Royal Warrant holder Asprey of London, recalling Trinidad and Tobago’s links with the monarchy. Angostura, for that matter, is also a Royal Warrant holder, having for more than a century supplied the royal household with the aromatic bitters for which the brand is famous. The company’s meticulously delineated spirits, on the other hand, are for the most part unknown, despite the fact that the firm has been distilling premium rum on Trinidad since 1945. However, with the introduction of Legacy, Angostura is certain to receive the recognition it deserves as a long-standing producer of fine rum.

This exceedingly rare blend consists of at least seven different column-distilled rums (the distillery refuses to divulge exactly how many), all aged in ex-bourbon barrels within Angostura’s warehouses. The youngest of the components is 17 years old, but some of the others are very much older—and scarcer. As a result, the distillery blended a quantity sufficient to fill only 20 decanters, three of which are reserved for the United States. Each is priced at $25,000, making Legacy the most expensive rum in the world. “It is us showing off a bit,” says Angostura’s master distiller, John Georges, “that we have, first of all, a true sense of style, and secondly, that we’re a very old and reliable company that has survived 189 years.”

Though Angostura’s style of rum is typically slightly dry and subdued, Legacy’s flavor profile is anything but subtle. Initially, marmalade, citrus, and licorice flavors flood the palate, followed by a cherry-infused nuttiness that becomes slightly smoky as the spirit lingers in the glass. Part of this muscular rum’s complexity derives from Angostura’s proprietary yeast; however, Trinidadian sugarcane, which ceased to be grown on the island in 2003, also contributes to the spirit’s character.

“When the sugarcane was ripe, the butterflies would fly into the cane fields,” says Georges, revealing the inspiration for the sculpted butterfly that surmounts the stopper. “That was nature saying everything is ready, everything is at its peak. And we’ve adopted that for the Legacy rum, with a butterfly alighting on the decanter, thereby signifying that this rum is at its zenith of perfection. The blend, the age, everything about it is perfect.”