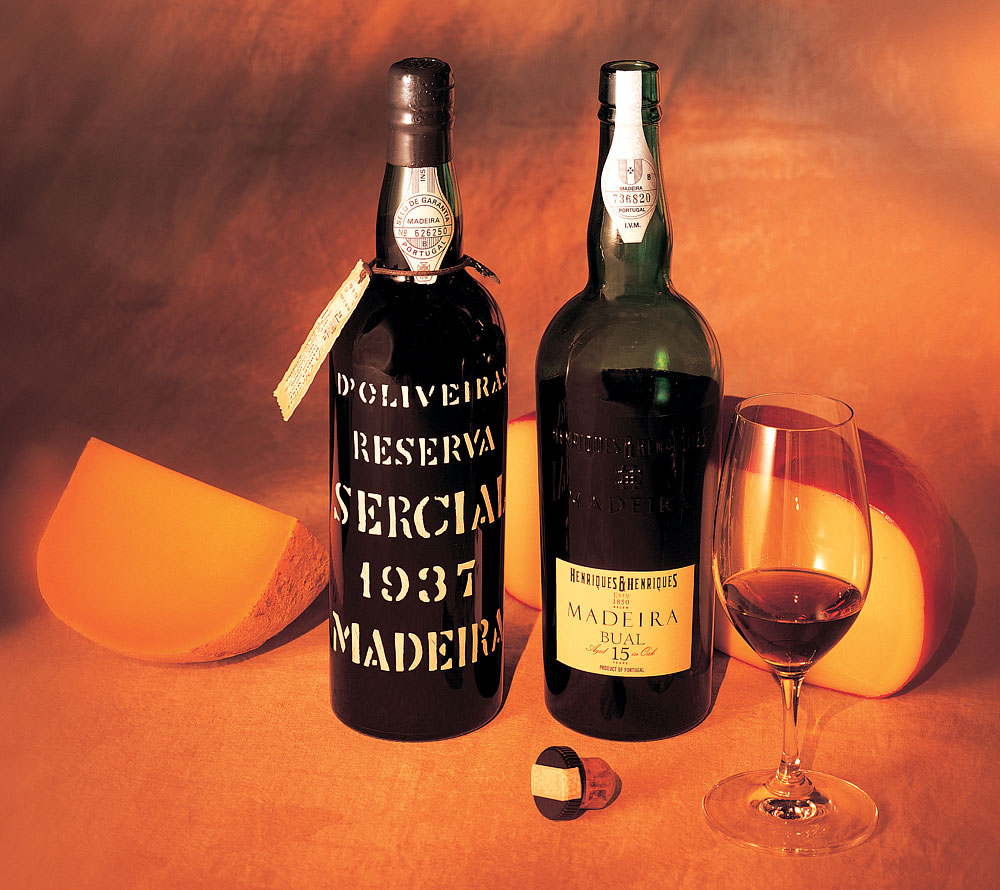 If the amber Portuguese dessert wine, Madeira, is remembered now at all, it is for having been so long forgotten. It is an oddly obscure fate for a beverage that served in the 18th and 19th centuries as the standard of gentlemanly refinement—and that fueled a cottage industry: The buying and selling of stocks of family Madeira among Europe’s aristocrats and America’s plutocrats was big business. The quality of one’s table—and of one’s name—often depended upon the Madeira with which it was associated. Edith Wharton, the American writer celebrated for novels that drew on her observations of Gilded Age New York, recalled having been served with great pride by an unwitting host a rare taste of the famed Newbold Madeira—which, it happened, had belonged for generations to the family of her father George Newbold Jones, then owner of the New York Times. Even in Shakespeare’s day, the wine possessed the power to seduce: “How agrees the devil and thee about thy soul,” Poins accuses Falstaff in Henry IV,  “that thou soldest him on Good-Friday last for a cup of Madeira and a cold capon’s leg?”

The price of a bottle of fine Madeira, over the years, has fallen somewhere below that of a human soul, while managing to remain well above that of a chicken leg. And that bottle can be quite old: An 1850 D’Olveira Verdelho can be had for less than a thousand dollars; more importantly, though, it will be drinkable, despite the vicissitudes of age. The vintage 1937 D’Olveira Sercial, harvested at the time that Hitler rose to power in Germany, exhibits a velvety texture and a surprising absence of bitterness to its afterglow, which reminds one of buttered maple syrup.

Madeira is the longest living of all wines and will remain in perfect condition, even after it is opened. Moreover, it possesses the admirable characteristic that it improves with exposure to heat. The reasons for this are not fully understood, but the secret to the wine’s longevity can be partially explained by the addition of sugar or brandy as a means of preserving a vintage for the long sea voyages that carried it to merchants around the world. This practice, begun well before the 18th century, became a part of the wine’s mystique, and the sum that wealthy individuals agreed to pay was often a function of the distances the wines had traveled.

Madeira’s affinity for warmth reflects its subtropical origins. The island of Madeira lies in an archipelago 310 miles from the north coast of Africa. Discovered by its first governor,  João Goncalves Zarco, in 1418, the island did not begin its career as a center of agriculture until subsequent decades, when explorer Infante D. Henrique promoted the planting of sugar cane and grapes. The soil and temperate climate proved favorable, and soon Madeira gained fame for its varietals, which included Bual, Malvasia, Sercial, Verdelho and Tinta da Madeira.

The vineyards are gathered on the island’s sunlit southern side, where vintagers cut from the hillsides steep terraces, called poios, for cultivating vines. Traditionally, the grapes have been grown by these independent farmers, then sold in the capital of Funchal to the vintners who craft the wine. (Henriques & Henriques, the largest of the Madeira houses, established in 1850, are also the only one to make wine from their own vineyards.)

Madeira’s impressive lineage and opulent, enveloping flavors make it a welcome subject for both conversation and the palette. For a taste of history, your best bet for locating the right rare wine is through a dealer, such as the Rare Wine Co. in Sonoma, Calif. An excellent sweet Madeira (preferable for novice drinkers) is the Barbeito Malvasia 1948. The more adventurous might enjoy a pre-phylloxera 1863 Barbeito Bual, which offers a taste of European wine prior to the epidemic that wiped out many of the continent’s premier vineyards.

Whichever you choose, after dinner or before, a glass of fine Madeira will lend to your winter evenings a balmy breeze of the tropics.