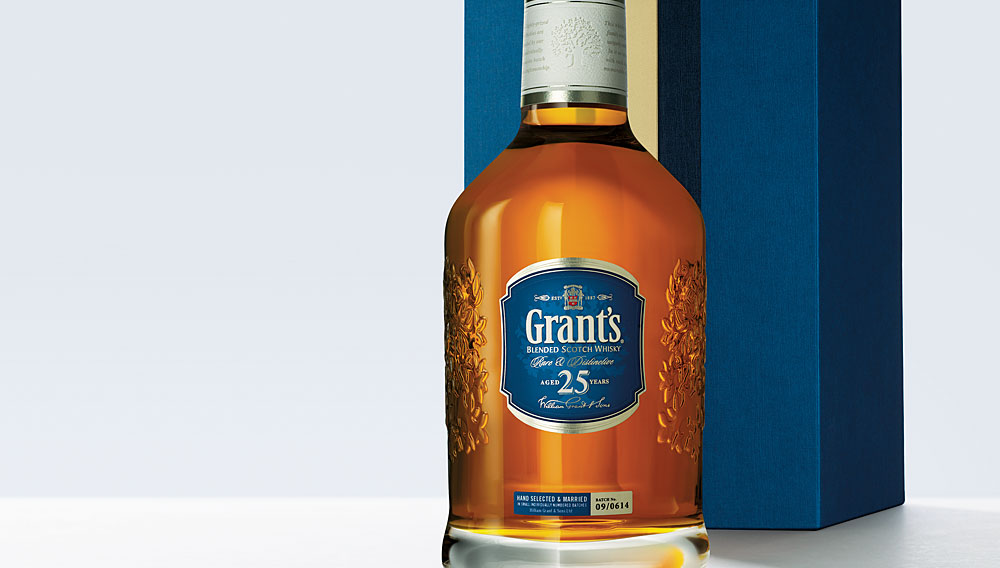 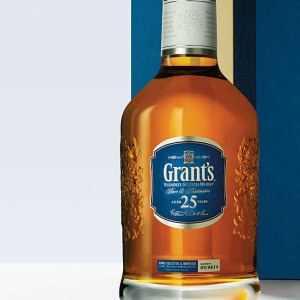 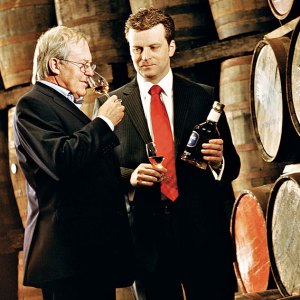 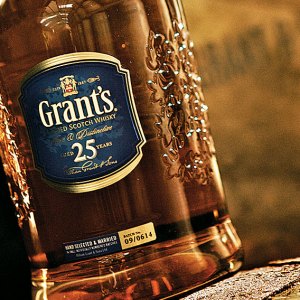 Grant’s newly appointed master blender, Brian Kinsman, has some sizable shoes to fill. When he stepped into that position last December—taking up the mantle of the retired 35-year veteran David Stewart, a legendary blender and Scotland’s longest-serving master distiller—he became only the sixth individual in the history of the 112-year-old Scotch whisky house to receive the honor. Kinsman acceded to the post after an eight-year apprenticeship to Stewart; in celebration of his appointment and in honor of his mentor, he has crafted Grant’s 25 Year Old, a blend of 25 malt and grain whiskies.

The Grant’s distillery was established in 1963 in the burgh of Girvan, on Scotland’s west coast, by Charles Gordon, the great-grandson of company founder William Grant. It was the second-largest Scotch whisky distillery in the world, and only the third opened by William Grant & Sons (owner of Grant’s and several other top brands, including Glenfiddich and Balvenie). The choice of location was a fortuitous one, according to Kinsman, because the site yields notes distinctive to Grant’s.

“The most unique part of the 25 Year Old and all of our blends is Girvan grain,” says the 38-year-old. “The grain whisky distilled at Girvan is exceptionally light, sweet, and fruity, and is an excellent grain on which to build single malts for blending.”

He and Stewart carefully selected the components of Grant’s 25 Year Old, which married for several months in oak tuns. In addition to Girvan-sourced whisky, this special blend contains whiskies from every region in Scotland—some from distilleries no longer in operation. “One such rarity,” says Kinsman, “comes from the Ladyburn distillery, which was on the same site as the Girvan grain distillery and operated from 1966 to 1975.”

While these varied whiskies—some matured in hogsheads and sherry casks—lend depth and complexity to the 25 Year Old, the blend derives its core character from an even greater rarity: the first whisky ever laid down at the Girvan distillery. In early 1964, Grant’s master distiller Hamish Robertson barreled the first whiskies distilled at Girvan in American oak casks formerly used for bourbon. Last November, Kinsman and Stewart opened some of these casks to complete the final blend of Grant’s 25 Year Old.

Amber in color and redolent of cloves and other spices, the 25 Year Old also exudes strong scents of dried fruits, including peach and cherry, as well as hints of leather. The sweet flavors of almond, caramel, and vanilla that envelop the palate can be enlivened and prolonged on the finish with the addition of a few drops of water—but only sparingly, to avoid diluting the complexity of this magnificent blend.

Grant’s 25 Year Old will be available exclusively through retail outlets in major airports from June of this year to the end of 2011, at which time a limited number of bottles will be released to select retailers worldwide. Priced at $220, the limited-edition bottle is encased in a hand-finished presentation box decorated with gold engraving and lined with blue silk—a fitting container for the spirit that inaugurates the reign of Grant’s newest master blender and marks the beginning of a new era for the brand. Kinsman has before him the unquestionably daunting task of maintaining Grant’s historic reputation while upholding its tradition of innovation; with the 25 Year Old, he is off to a delectable start.