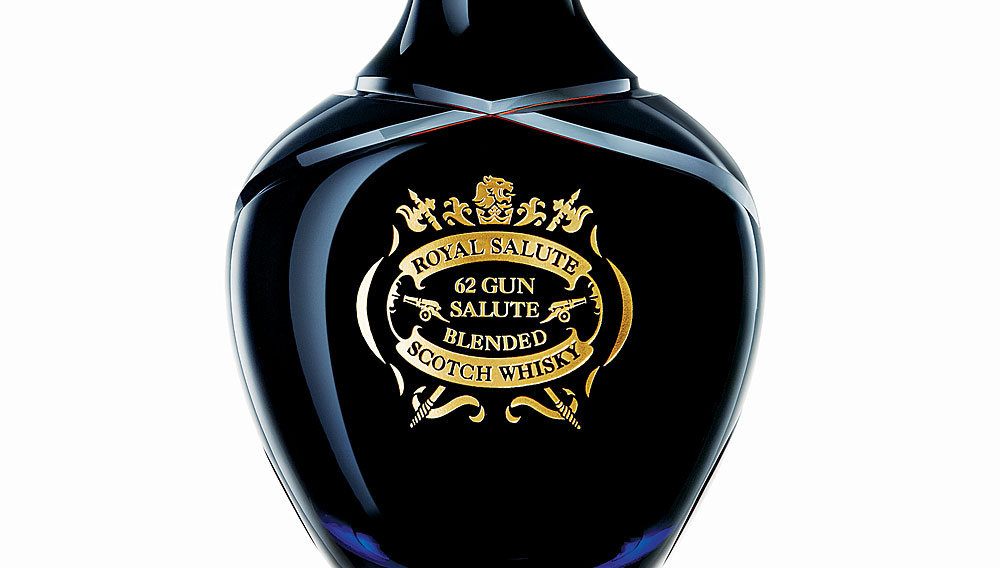 In 1843, Chivas Brothers—a high-end grocer owned by John and James Chivas in Aberdeen, Scotland—was granted a Royal Warrant from Queen Victoria as grocery purveyor to Her Majesty, and the brand has maintained its association with the British royal family ever since. The brothers began making fine whiskies in the 1850s, and when Queen Elizabeth II was crowned in 1953, Chivas Brothers created a special whisky under a new brand, Royal Salute, to commemorate the occasion. The house’s onetime offering of Limited Edition Royal Salute 50 Year Old in 2003 honored the 50th anniversary of the queen’s coronation, and in 2004, the firm launched Royal Salute 100 Cask, a bottling derived from 100 casks for each production batch. One year later, Chivas introduced Royal Salute 38 Year Old Stone of Destiny—whose name refers to the Scottish coronation stone—in which none of the component whiskies was younger than 38 years old.

Soon, however, the distiller will bring to U.S. shores what may be the epitome of blended Scotch whisky—a regal offering that takes its name from the most impressive of all cannon salutations, the 62-gun volley fired each June at the Tower of London to mark the queen’s birthday and accession. But the hint of smoke that rises from Royal Salute 62 Gun Salute Blended Scotch Whisky is not the result of cannon fire; rather, it comes from the peat used in making many of the single-malt whiskies—each a minimum of 40 years old—that contribute to this complex spirit.

“These whiskies are very old, very rare, and very precious,” says Colin Scott, Royal Salute’s master blender. “We’ve had this tradition and heritage of laying down and setting aside casks. As a result, we have these fantastic whiskies that we can select and blend to create Royal Salute 62 Gun Salute.”

Aged in ex-bourbon and ex-sherry casks and bottled at 86 proof, the whisky unleashes deep fruity aromas that fill the room as well as the glass. Essences of honeysuckle, leather, and marzipan precede flavors of cherry and citrus in the lengthy finish.

Only 1,000 one-liter, gold-embellished Dartington crystal decanters (priced at $2,200 each and available at duty-free shops and select retail outlets in the United Kingdom and, early next year, in the United States) are initially being made, though the whisky will join the brand’s permanent portfolio. “With Royal Salute, we’re looking for casks that have the power for extreme aging,” says Scott. “Once you get over 40 years, the ‘angels share’ [evaporation] has taken most of what’s in the cask. We’re talking about very small volumes remaining in each cask we select. So you’d better enjoy this whisky now before it disappears.”