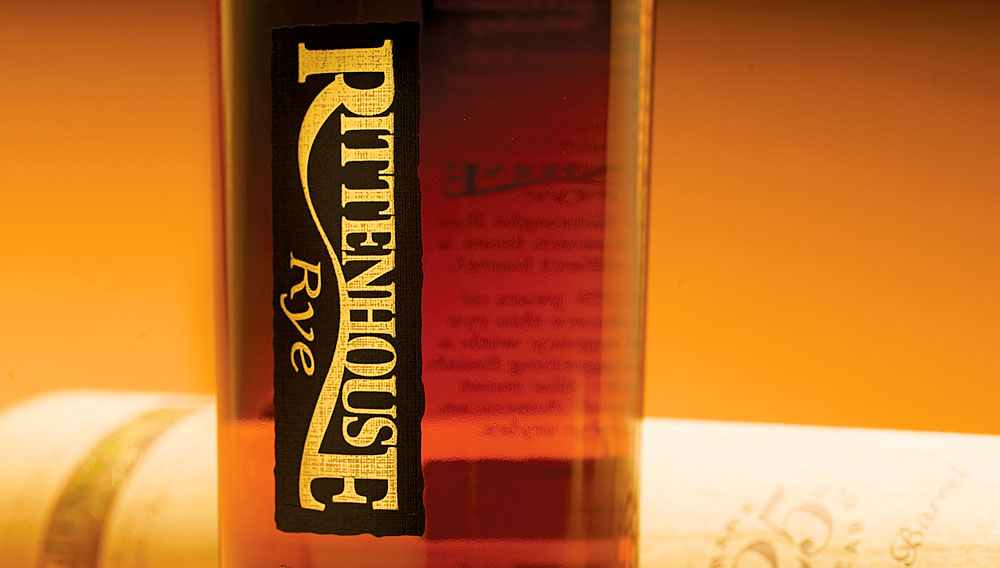 Long before there was bourbon, rye whiskey was being distilled in the colonies. In fact, in 1797, George Washington founded a rye distillery and proclaimed it one of his most profitable ventures. Rye is literally the spirit of America.

After inspiring such cocktails as the Sazerac and the Manhattan, however, America’s supply of this peppery-sweet elixir dried up with the advent of Prohibition. Now, after decades of dormancy, the oldest and most sophisticated version of this historic spirit has emerged as Rittenhouse Very Rare 25 Year Old Single Barrel Rye, a super-premium, muscular whiskey, the likes of which no railroad baron ever sipped.

“Our rye is distilled slower because the mash is thicker [than bourbon mash], so it doesn’t flow through the column still as fast and soaks up more of the flavors,” says Parker Beam, master distiller at Heaven Hill for the past 50 years and grandnephew of the legendary Jim Beam. “Plus we get our rye from the northern climates, where shorter growing seasons eliminate the need for pesticides and result in greater yields and higher quality.”

Like bourbon, rye is aged in new, charred-oak barrels. A few years ago, Beam retrieved 95 of these barrels filled with rye distilled in 1984, which had been slowly aging on the lower floor of the rickhouse. There, cool breezes constantly circulate, allowing for a much gentler maturation process with less evaporation than on the upper levels of the building.

In 2005, Beam decided to release roughly a third of this cache as Rittenhouse 21 Year Old. The remaining barrels were carefully monitored as they continued to increase in complexity. In 2007, about another third of the supply was bottled as 23 Year Old—?at that time the oldest rye whiskey in existence. The remaining barrels continued to evolve. However, because there is risk associated with aging whiskey too long, in late 2009, Beam finally released the last 38 barrels, which yielded 3,000 bottles of Rittenhouse Very Rare 25 Year Old, each priced at $190.

Non-chill filtered to capture the maximum flavor and bottled at 100 proof, Rittenhouse Very Rare 25 Year Old explodes on the palate with multiple bursts of chocolate, toffee, cherries, and citrus. Its long, smooth finish is merely one of the characteristics that, according to Beam, make it the best rye whiskey since—and, quite possibly, even before—Prohibition.