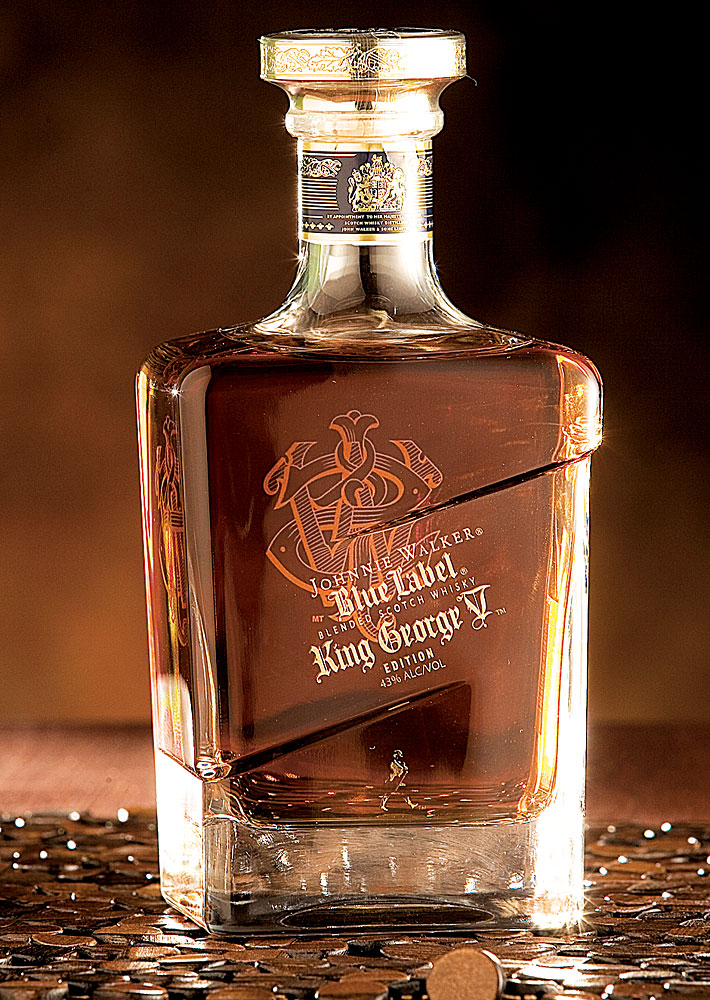 Talk to a whisky aficionado, and he or she will most likely enthuse about this single-cask bottling or that new, rare distillery release. But engage in a similar conversation with a whisky professional—particularly someone who has been responsible for actually making the stuff—and he will soon wax lyrical on the wonders, mysteries, and alchemy involved in blending a whisky. For the true cognoscenti understand that the real challenge lies in the thorny process of creating a consistent and uniform product from an endlessly varying set of organic ingredients.

Yet, while many of these professionals have undertaken the daunting task of combining whiskies to achieve an established flavor profile, few have been charged with inventing a new blended whisky from scratch.

This was the job handed to Jonathan Driver, who operates under the wonderfully grandiose title of international master of whisky for Johnnie Walker. Although the responsibility was not his alone (he functioned as part of a team), Driver was the driving force, if you will, behind the newest iteration of Johnnie Walker Blue Label, the King George V Edition ($600), which launched in September.

Driver’s team of blenders had at its disposal an unprecedented array of resources: Diageo, the parent company of Johnnie Walker, owns 27 of the approximately 90 working distilleries in Scotland. “We have enormous reserves, 7 million casks of whisky,” Driver explains, his enthusiasm for the project still ringing in his voice three years after its inception. “It was like being given the keys to the Bank of England, so we began to experiment with different possible blends.”

Their brief was to create a new superluxury version of Blue Label based on the malts available in 1934, the date King George V granted Johnnie Walker a royal warrant to supply whisky to the royal household. The only real restriction was that the new whisky had to follow the overall style of Johnnie Walker. The really big flavors in the various Johnnie Walker blends come from older west coast whiskies, which are balanced by the judicious use of younger Speysides, whose presence adds freshness and fruitiness to the power and peat of the coastal malts.

Driver’s philosophy in concocting this new blend was to push the envelope of the existing style. “We said, ‘Let’s go and find something that’s very special,’ ” he recalls. “It had to be in the overall JW style, but we wanted to see how much further out we could go.”

Because King George V was going to be a limited edition (only 7,300 bottles of the spirit will be released in the United States this year in comparison to the 8.4 million Red Label bottles that will ship), Driver’s team was free to incorporate some rare whiskies. Thus, after a great deal of experimentation, Driver and company eventually alighted on the legendary (but now shuttered) Islay distillery of Port Ellen as the signature malt for King George V. This particular spirit imbues the new whisky with the distinct smokiness on its nose. This Islay characteristic, however, so obvious at first, fades quickly in the glass, and after a few minutes, a more complex and harmonious whisky emerges.

King George V is fascinating as an example of what a master blender can accomplish when given such a rich palette with which to work. Its stately polish and layered finesse make this new blended whisky worthy of its royal title.