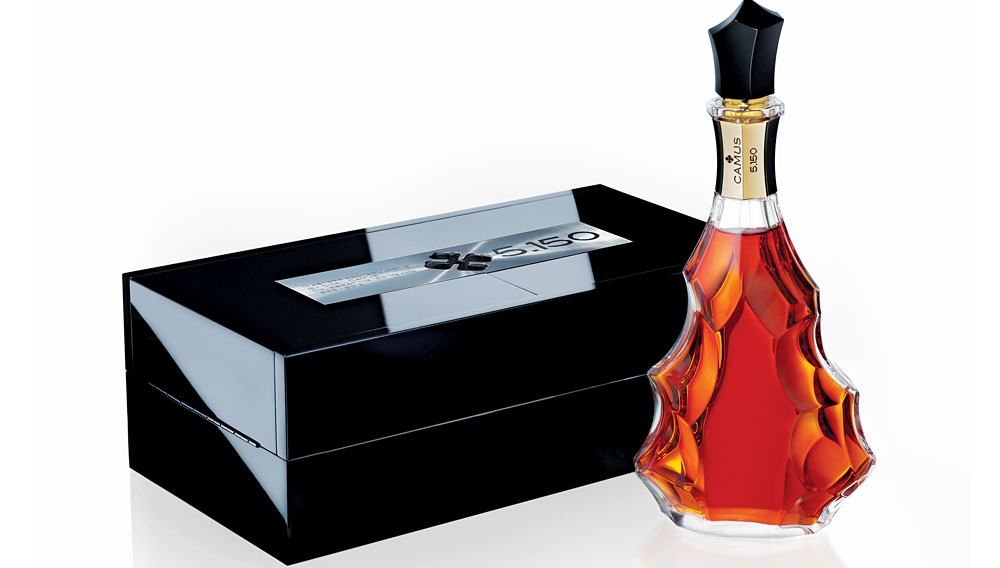 Although the house of Camus has grown to become the fifth largest Cognac producer in the world, the firm has remained in the hands of the family that founded it in 1863. This liquid legacy’s current steward—the company’s president, Cyril Camus, who represents the fifth generation of his family to run the business—manages to blend tradition with a global perspective as expertly as his maître de chai combines eaux-de-vie. Under his leadership, the once-boutique brand has expanded its markets to include the United States, Russia, Vietnam, and China, where, in Beijing, its most fortunate clientele have the opportunity to enjoy the unique, members-only Maison Camus Lounge.

This international growth has been fueled by such innovative releases as the Ile de Ré trilogy of Cognacs from the island off the western coast of France, as well as by the past: In recent years, the house introduced not only a number of vintage-dated Cognacs from the decades between 1940 and 1989 but also the hors d’age Extra Elegance, which contains Cognacs ranging in age from 30 to 50 years. Not surprisingly, for one of the house’s latest endeavors—a special bottling to mark the brand’s 150th anniversary—Cyril turned once again to the rich heritage preserved in his family’s caves. From the more than 18,000 barrels aging in the cellars, he selected five different Cognacs, to represent the generations of his family who have contributed to building the brand. Once combined, these rare spirits yielded, like the efforts of the family members themselves, a result that surpasses the sum of its constituent parts.

First, Cyril honored his great-great-grandfather, Jean-Baptiste Camus—the grape grower who established the company with the La Grande Marque label—by selecting a Bons Bois Cognac with a noble character and a minimum age of 37 years. To represent Gaston Camus, Jean-Baptiste’s youngest son, who secured the firm a contract as the official supplier to Czar Nicholas II, he chose an intense 22-year-old Fins Bois. A Petite Champagne Cognac with supple depth and a minimum age of 37 years expresses the personality of Michael Camus, while a rare Borderies Cognac pays tribute to Jean-Paul Camus, Cyril’s father. To mark his own tenure as head of the firm, Cyril picked a Grande Champagne aged for a minimum of 32 years. On completion, this extraordinary 91-proof assemblage of rare spirits—which boasts a combined age of 150 years and embodies five of the six designated Cognac crus—was dubbed Camus Cuvée 5.150, the fifth bottling in the Camus Masterpiece Collection.

A sip of the iridescent Cuvée 5.150 reveals flavors of rose and lemon, followed by essences of violet, vanilla, and toasted cedar, all of which linger on the palate. To house this superb Cognac, the French sculptor Serge Mansau designed individually numbered “sculpted waterfall” Baccarat crystal decanters, each sealed with a black-crystal stopper and housed in a black lacquered case. Only 1,492 of these vessels exist, each priced at $13,500. The first 150 decanters are also accompanied by correspondingly numbered 100-milliliter vials of Cuvée 5.150, each of which can be engraved with the owner’s name. Sixty decanters—five with vials—are reserved for the United States.

“When you taste an exceptional Cognac, you are left with a lasting memory in your heart,” says Cyril Camus, “as if sculpted by emotion. This is precisely what we were thinking of when we blended the Cuvée 5.150—the type of memory that it will leave behind.”