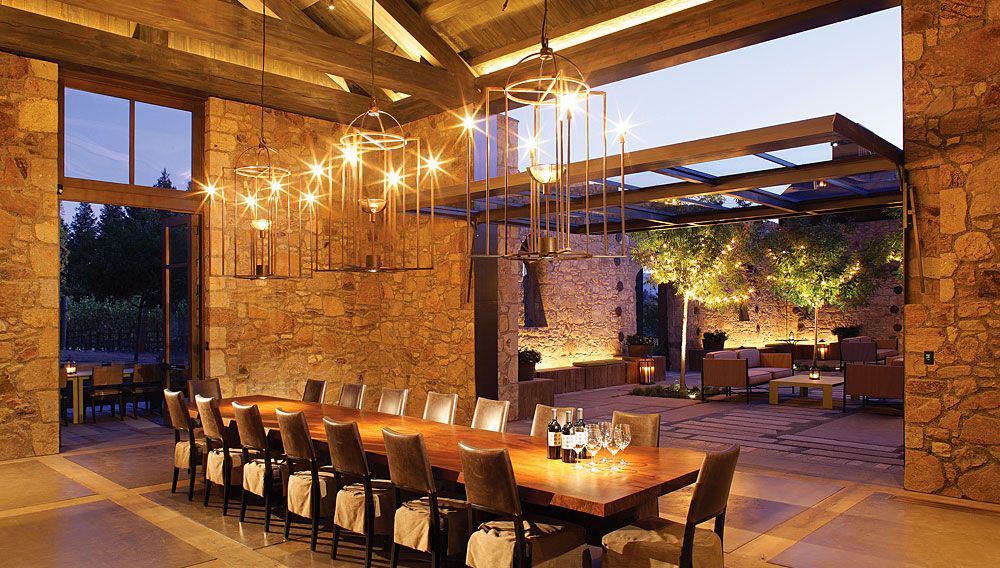 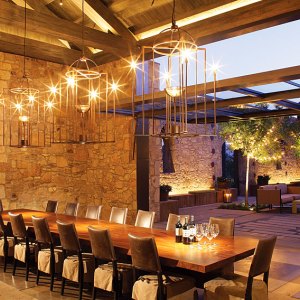 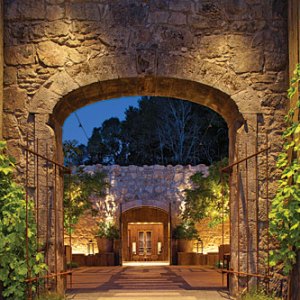 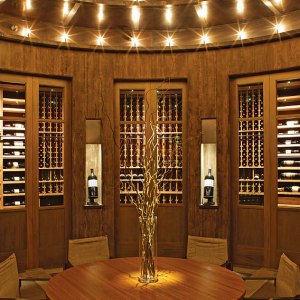 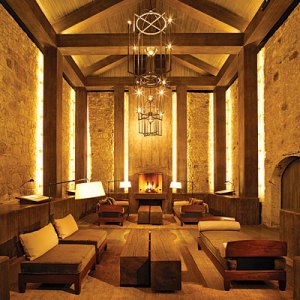 Even in Napa Valley, where pride of place generally takes precedence over progress, history occasionally gives way to expedience. Fortunately, when a landmark Napa property owned by the Livingston family was sold in 2005, its buyer had a profound respect not only for its past but for its future as the home of his own wine label, Dana Estates (pronounced don-uh). Hi Sang Lee, a Korean businessman who first forged ties to Napa Valley as an importer of the region’s fine wines, recognized the potential of the site at once. “It’s rare to find a winery and a vineyard location in the heart of the Rutherford Cabernet country with this pedigree,” he says of the estate, on which vintner H.W. Helms erected a winery in 1883.

At the time of the sale, however, the Syar-stone building was a ghost winery: Only one section, an old barrel room, and a few walls still stood. Most owners intent on constructing a state-of-the-art facility for producing premium wines would have torn these remnants down. But, as Howard Backen of Backen Gillam Architects observes, “Mr. Lee is very much into the past. He believes that these old structures have a karma and life of their own. He wanted the original building to be the starting point. In this case, with the ruins, the reasoning was set.”

The austerity of the old winery inspired Backen’s elemental design for the Dana Estates complex, the new sections of which both complement the originals and stabilize them. “The modern architecture,” he says, “effectively supports the existing building, aesthetically and structurally.”

Rather than simply rebuild the 19th-century winery, Backen adapted his design to the remains. Guests enter the courtyard through an archway in one of the original walls. This enclosed patio, once an interior space, serves as the center of the complex, providing a transitional zone that unites the historic structures with the modern. To the left of the entry stands the old barrel room, now the salon, while to the right, a pivoting glass-and-metal wall opens into the dining room. “In an old building, you would never have this 16-foot-wide door that moves up,” Backen says. “On one side, you have openness, and on the other you have a solid wall. There’s a kind of geometry of old and new when you’re standing in the middle of the courtyard.”

Between these two wings and opposite the entry, double doors in a new wall covered with salvaged Syar stone lead into the rotunda-shaped wine library. Here, stained circular concrete walls contrast with the softly lit, coved copper ceiling. The Ochre table is surrounded by chairs from Richard Wrightman Design.

With its glass wall raised and massive fireplace blazing, the dining room joins with the courtyard to form one large, open-air entertaining area. Appointments in the dining room include a slab table by Hudson Furniture, chairs by Troscan Design & Furnishings, and chandeliers by Andrew Bradford of CuFe. Iron chairs by Murray’s Iron Works and aluminum tables by Hudson Furniture are arranged in intimate seating areas throughout the courtyard.

The elegantly austere salon was once the barrel room of the Helms winery. Most architects confronted with the challenge of bringing this structure up to California’s stringent seismic codes would have taken the walls down stone by stone and reassembled them around a new skeleton. However, Backen preferred to leave the walls. “To open up those walls would have been sacrilegious,” he says. “This was such a spiritual part of the whole structure. So instead, we devised an interior steel frame that we covered with seamless C-shaped pieces made from entire Douglas firs that look like solid beams.” This artistically illuminated network of beams creates a cathedral-like effect in the windowless room.

The largest undertaking at Dana Estates was the 20,000-square-foot production area, which, if conventionally built, would have subsumed valuable vineyards and diminished the structure’s historic impact. “The topography dictated that we had to do as much as we could underground,” says Backen. This network of barrel caves and two fermentation rooms—one for concrete tanks, the other for oak tanks—was an expensive decision that speaks to Lee’s devotion to quality. “Howard and I share a pursuit of perfection, passion for greatness, and extreme commitment to detail,” says Lee, who, together with Backen, has successfully preserved one Napa legacy while establishing another that will be enjoyed for generations to come.