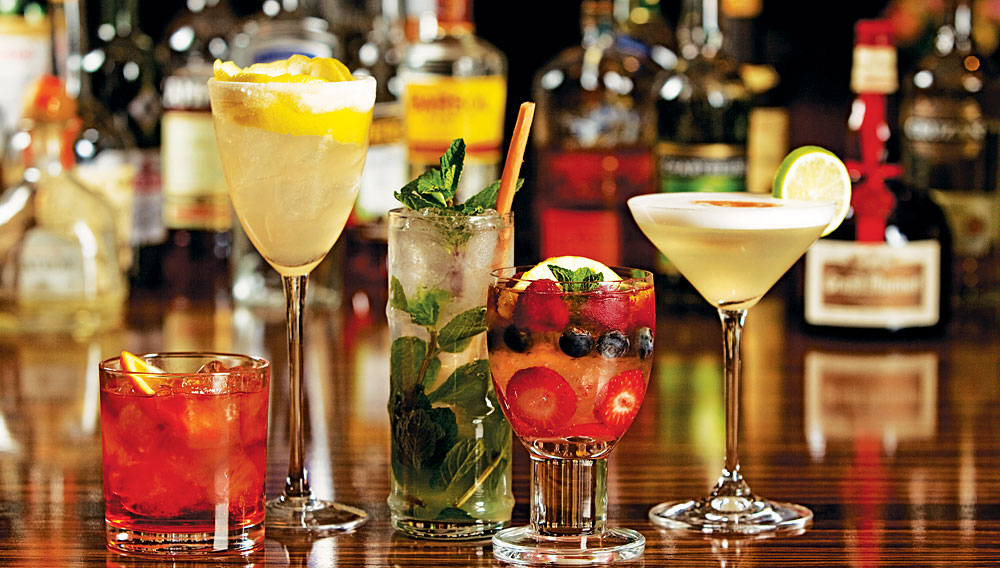 Although bartenders have been rediscovering the alluring, balanced flavor of pre–Prohibition era cocktails for nearly two decades, the last few years have ushered in a golden age of mixology. Seasonal produce, gourmet items, and fresh herbs are complementing previously hard-to-find spirits and liqueurs, giving those behind the bar a renewed zest for experimentation.

The resulting libations are far more sophisticated and nuanced than the Cosmopolitan that so many embraced in the 1990s. These concoctions are meant to augment the foundation that the classics built by using the finest spirits and proper technique.

“The drink will only taste as good as the ingredients used in the making,” says Francesco Lafranconi, national director of mixology and spirits educator for Southern Wine & Spirits of America. Lafranconi, who has worked in some of the best-known bars in Europe, including Hotel Cipriani in Venice, runs Southern Wine’s Las Vegas–based mixology center, where he has been teaching a popular Academy of Spirits and Fine Service class to professional bartenders since 2000. With his team of eight mixologists in major markets around the country, Lafranconi works with bars and restaurants to develop cutting-edge cocktail menus and stay on top of drink trends, with an eye toward educating the industry about how to incorporate new spirits and ingredients into their offerings.

“Simplicity is the name of the game,” Armando Rosario, Southern Wine’s Nevada director of mixology, explains. “If you ask a chef, that’s exactly what he’ll tell you: Get the best ingredients possible and don’t mess with them.”

While Southern Wine’s mixologists don’t hesitate to juice a watermelon or crush fresh rosemary to benefit a cocktail’s flavor, every drink the mixology team creates gives a nod to its historic predecessors. Luckily, artisan-made spirits and new, old-recipe bitters are making this nostalgic journey a little easier, according to Southern Wine’s New York director of mixology Allen Katz. “There’s an even greater interest in elements of authenticity in liqueurs and other related modifiers,” says Katz.

Southern Wine’s Chicago-based director of mixology Bridget Albert agrees. “The boutique brands are definitely on the rise. People are interested in what they’re putting in the glass.” Lafranconi points out that the first mention of the word cocktail was in The Farmer’s Cabinet, a New Hampshire publication, in 1803. By 1806, The Balance, and Columbian Repository offered this definition: “A cocktail is a stimulating liquor, composed of spirits of any kind, sugar, water, and bitters.”

“A cocktail that resembles that flavor profile would probably be the Manhattan,” Lafranconi says, adding that the original Manhattan was made with American rye whiskey, a spirit that is widely available once again. But even though creativity is giving the cocktail hour another moment in the spotlight, Lafranconi emphasizes that cultivated shouldn’t mean complicated.

“It doesn’t have to be molecular mixology,” he laughs.