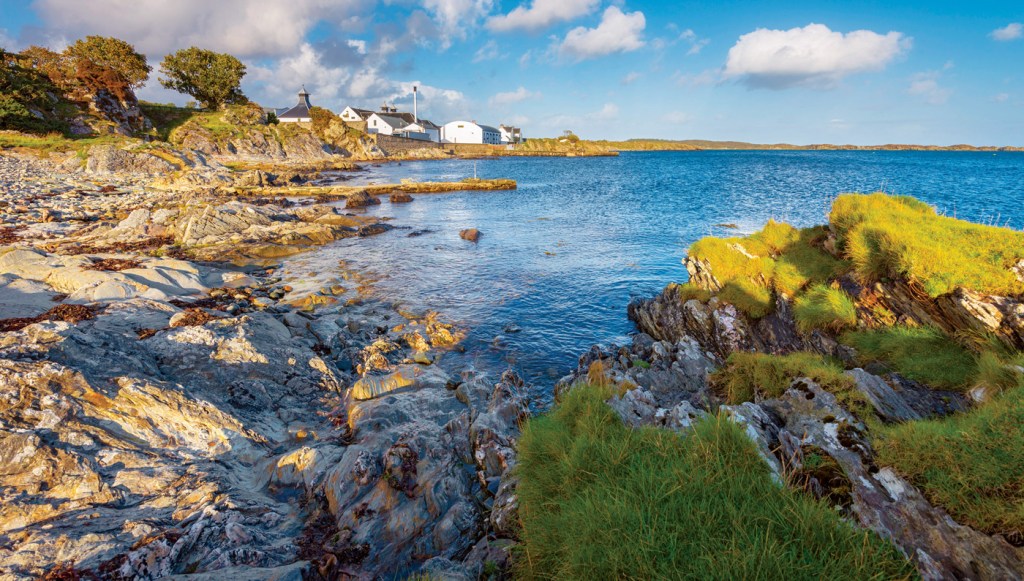 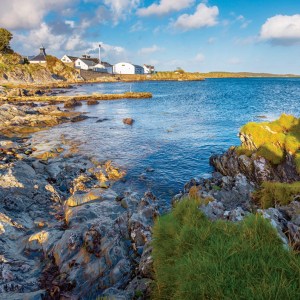 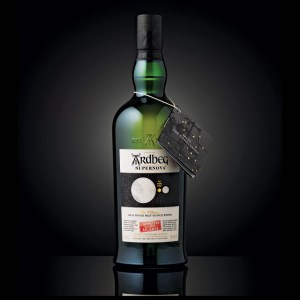 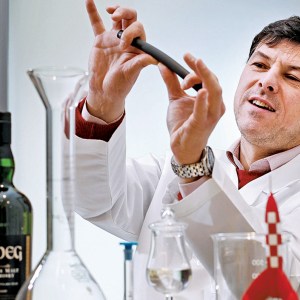 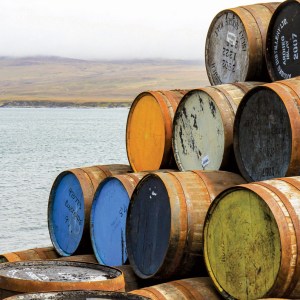 Distillers are blasting spirits into space, or anchoring them to the ocean floor, in their extreme quest for flavor.

It could be a plot from a science fiction movie: Vials of experimental whisky distilled on a remote island are put aboard a Russian spacecraft, which blasts off, destined for a space station orbiting the Earth. Three months later, at a predetermined time, an astronaut cracks the vials while on Earth a scientist does the same with identical vials.

What comes next is not some strange, cosmic toast, but the beginning of a 3-year experiment conducted by Scotland’s Ardbeg distillery and a NASA contractor aboard the International Space Station. The lofty goal was to determine the effects of near-zero gravity on aging whisky. But the test could also help unlock the secrets of how whisky and other spirits mature into such complex liquids back on the home planet. Although scientists can tell us about the flavor components in aged spirits, such as phenols and terpenes, the actual aging process remains a mystery: Distillers, when pressed, admit that no one knows exactly what goes on inside the barrel.

They have long experimented with high-altitude conditions and a range of temperatures; with barrels made from a variety of woods or other materials; with used barrels imbued with vintage port, Sauternes, and other wines and spirits; and of course with simple variations in the duration in the barrel. But in more recent years, these efforts have pushed into uncharted territory in a quest to enhance flavor. One of the first was Kelt Cognac ($70–$4,000), which in the 1990s began sending its Limousin-oak-barreled eau-de-vie on an ocean voyage in the belief that the rocking and pitching of the ship would give the liquid greater contact with the wood and therefore more depth of flavor. But after 3 months on the waves, the difference was barely detectable.

A similar technique is now being practiced 42 feet below the surface of the Caribbean, where anchored casks of Seven Fathoms Rum ($69) gently roll and sway in the warm Cayman Island currents. The rum—pot distilled in Georgetown, Grand Cayman, from cane sugar—is enjoying a natural massage and increased contact with the toasted oak of ex-bourbon barrels. The near-constant 80-degree temperature of the Caribbean helps accelerate the process, and the barrels are encased in a protective wrapping to eliminate contact with seawater. The technique, devised by Seven Fathoms partners Walker Romanica and Nelson Dilbert, requires aging the rum in barrels for up to 3 years, with most of that time spent underwater.

“Traditionally, in Kentucky or Scotland,” Romanica says, “they’re looking for a variance in temperature, which helps the barrel breathe, and pushes the spirit in and out of the wood, which absorbs more of the extractors in the wood. We get a similar effect from the tide, so you get pressure increasing and decreasing several times a day, and greater interaction between the rum and the wood enhances the aging process. Originally, in Cuba, the Bacardi family credited their early success to the fact that their warehouse was situated next to a train track, where every hour a train would go by and shake the barrels.”

The effect of agitation—whatever the source—is to develop the character of a much older spirit. To be sure, the rich golden color of Seven Fathoms is deeper than one would expect in a 3-year-old rum. Its sweet sugarcane characteristic is balanced by flavors of earthy vanilla, citrus, and a hint of spice, which is unusual in rum so young.

When it comes to high-altitude aging, Dalwhinnie—at more than 1,000 feet above sea level—often boasts of being one of the highest distillers in Scotland. But no one can top the Ardbeg-in-orbit experiment. In August 2011, NanoRacks, a Houston firm that contracts with NASA to conduct research aboard the International Space Station, contacted Moët Hennessy USA to discuss an experiment involving aging whisky in space. But it was not just any whisky NanoRacks was interested in putting aboard a Soyuz rocket destined for the space station: The company was inspired by Ardbeg Supernova ($160), a heavily peated 108.6-proof cask-strength Islay single malt.

Supernova is the smokiest single malt ever released by this island distillery; the September 2015 bottling, which commemorates the first anniversary of the NanoRacks–Ardbeg experiment, boasts 100 parts per million of the phenols that make up its smoky character. By comparison, Ardbeg’s signature Ten Years Old single malt, known for its concentrated peaty flavor, registers just 55 parts per million.

“NanoRacks had been looking at how microgravity impacted a range of chemical compounds called terpenes, which are the building blocks of flavors in fruits, vegetables, wines, and of course whiskies,” says Bill Lumsden, Ardbeg’s director of distilling, whisky creation, and whisky stocks. “And there are lots of terpenes in single-malt whisky. Basically they are aromatic hydrocarbons, and their structures are similar to the phenols you get from the peat that gives Ardbeg its smoky flavor.”

Lumsden, who also holds a doctorate in microbial physiology, prepared clear, newly made Ardbeg distillate and charred shavings from the interior of ex-bourbon barrels used to age Ardbeg. NanoRacks put these components into 32 vials called MixStix, thin Teflon-encased glass tubes divided by a collapsible wall into two equal compartments. To mingle the contents, the MixStix are flexed, which breaks the wall and combines the elements. The spirit was poured into one of the MixStix compartments, and the oak shavings put into the other. Three of these MixStix were sent to Lumsden to use as control samples on Earth; the rest were put aboard the Soyuz rocket, which launched on October 30, 2011. Three days later, the MixStix were received by astronauts at the International Space Station, who in January combined their distillates and wood shavings at the same time Lumsden did the same on Islay.

The Ardbeg vials remained in space until September 2014, mingling in microgravity for 971 days and orbiting Earth 15 times a day. After a return trip aboard the Soyuz, they were reunited with the earthbound control vials that November. Not having been aged in oak barrels for a minimum of 3 years, the liquid in them could not be called scotch. Plus, the spirit had not been produced in Scotland, although at times it may have passed over the country. Nonetheless, as a result of this experiment, Lumsden gained dramatic insight about the effects of microgravity on whisky maturation.

“My greatest fear was that there would be no difference between the samples sent into space and the control samples on Earth,” Lumsden says. “But much to my delight and relief, there was quite a substantial difference.”

The samples that had been aging in Ardbeg’s Warehouse 3 tasted like Ardbeg Supernova, with a sweet, smoky character infused with salt air and citrus. No surprises there. But the samples that came back from space displayed flavors Lumsden had never encountered in the whisky, such as cassis, violet, lavender, briar-wood, and cherries. He speculates that microgravity’s effect on the capillary action of the wood altered its ability to draw the distillate in and out of the oak and produced the different flavors.

Of course, scientific research often ends up posing more questions than it answers. “For example,” Lumsden asks, “how can I take this knowledge and translate it into some new Ardbeg whisky here on planet Earth? I’m going to look again at the flavor profile of our experiment in space and see if I can find some way to re-create that in a new expression of Ardbeg. But my biggest challenge is, how can I build a zero-gravity warehouse?”