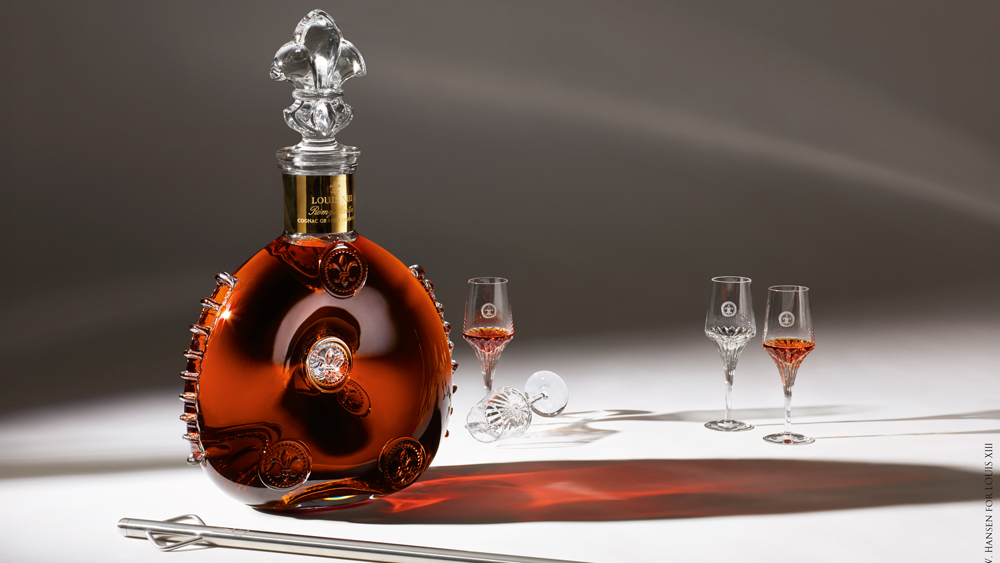 For lovers of fine spirits in the United States, the sight of six liters of Rémy Martin’s Louis XIII Cognac served in a Baccarat crystal decanter called Le Mathusalem is as elusive as a Yeti. Thanks to a holdover from Prohibition, bottles of spirits exceeding 1.75 liters are forbidden from being sold domestically.

There is no law, however, preventing someone from owning that much liquor—or giving it away to friends. Jared Silver, president of Stephen Silver Fine Jewels, a luxury jewelry and watch retailer with two locations in the Rosewood Sand Hill Hotel in Menlo Park, Calif., seized the opportunity to buy Le Mathusalem in London last summer, import it as a privately-owned bottle and place it on display in his flagship boutique.

“It’s the only one we know of on public display in North America,” Silver says.

Clients who spend more than $25,000 at Stephen Silver are invited to experience the ritualistic Louis “Treize” tasting—which involves four senses: sight, sound, smell and, finally, taste—as a way to christen the deal. The tastings kicked off on Dec. 4 at a private event for 50 of Stephen Silver’s top customers.

Silver learned about the Louis XIII experience in a roundabout way last summer, when he met with the cognac brand’s ambassador at the Rosewood Sand Hill Hotel only to realize she was a friend from London with whom he’d lost touch.

The serendipities did not end there. “For years I’d brought up in our strategy meetings that we needed to have a multisensory experience in the store,” Silver says. When he was invited to sip on Louis XIII in London, Silver was convinced he’d found the perfect match for the store’s luxury-loving clientele.

“I have billionaire clients, young clients just getting on their feet, the whole spectrum—almost none of them have tried Louis Treize,” Silver says.

Indeed, the historic amber-colored liquid contained in Le Mathusalem—the name refers to the biblical patriarch Methuselah, who lived to be 969 years old—dates to 1874, and is a blend of up to 1,200 eaux-de-vie, the youngest of which is at least 40 years old. The aromas and tasting notes include myrrh, honey, immortelle, plum, honeysuckle, wood bark, leather and passion fruits.

“The bottle has arrived, but it hasn’t been opened,” Silver said in late November. “The tradition with Louis XIII is you make a wish when you break the seal. Fifty of our top customers have been invited. And everybody gets to make a wish.”