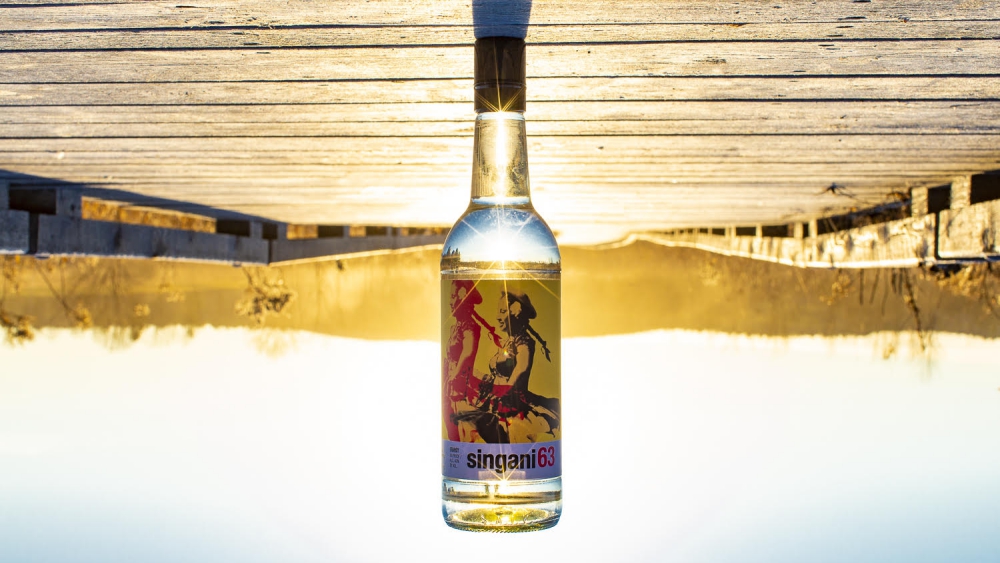 It took eight long years, but finally Steven Soderbergh has achieved his dream. No, we’re not referring to him assembling the cast for Ocean’s 18, we’re talking the official recognition of the Bolivian spirit called singani. But just what is singani and why is Soderbergh so interested in it?

Singani is a type of brandy that is made in Bolivia from Muscat of Alexandria grapes in certain parts of the country at a very specific minimum altitude of 5,250 feet. Soderbergh’s interest in the spirit dates back to when he first tried it while filming the movie Che in 2007. Seven years later, he founded the brand Singani 63 and has been on a mission to have it established as its own unique category since then. “In 2014, when I sat across the table from 17 people representing four different agencies (Treasury, ATF, TTB, FDA), I felt like an ant at the bottom of the Matterhorn,” he said in a statement. “The good news, however, is that each agency in the end acted to fulfill their mandate of informing the public about what they’re drinking when they drink singani. This recognition is certainly a high point in the long history of Bolivia’s unique spirit.”

According to a representative for Singani 63, Soderbergh’s involvement in bringing this to fruition has been much more than his celebrity backing. He worked with Casa Real—the distillery that makes the spirit—and the Bolivian government to highlight why singani is singluar. He assisted with a little quid pro quo, helping formulate a trade deal in which Bolivia became the 44th country to recognize bourbon and Tennessee whiskey as distinctly American products in return for US recognition of this 500-year-old spirit. And he worked closely with the Bolivian embassy on all of this. Clearly, this is a man who loves singani (and also wants his brand to get some more attention).

But Soderbergh couldn’t do this all on his own. There are 300,000 Bolivians living in America, and Singani 63 led a campaign to collect 13,000 signatures on a petition that was submitted to the TTB.  “Our family has been producing singani for nearly 100 years and it has been an absolute joy to see our product on bar shelves across the US over the last nine years for the first time in our history,” said Casa Real CEO Luis Pablo Granier in a statement. “To now have our life’s work recognized on a global stage and recognized by the US government is a moment my great-grandfather couldn’t and wouldn’t have dreamed of.”

Don’t expect singani sales to start outpacing Cognac anytime soon, but this is certainly a win for the spirit overall, and of course for Soderbergh’s Singani 63. If you’d like to give it a try for yourself, you can order it from Wine.com now.