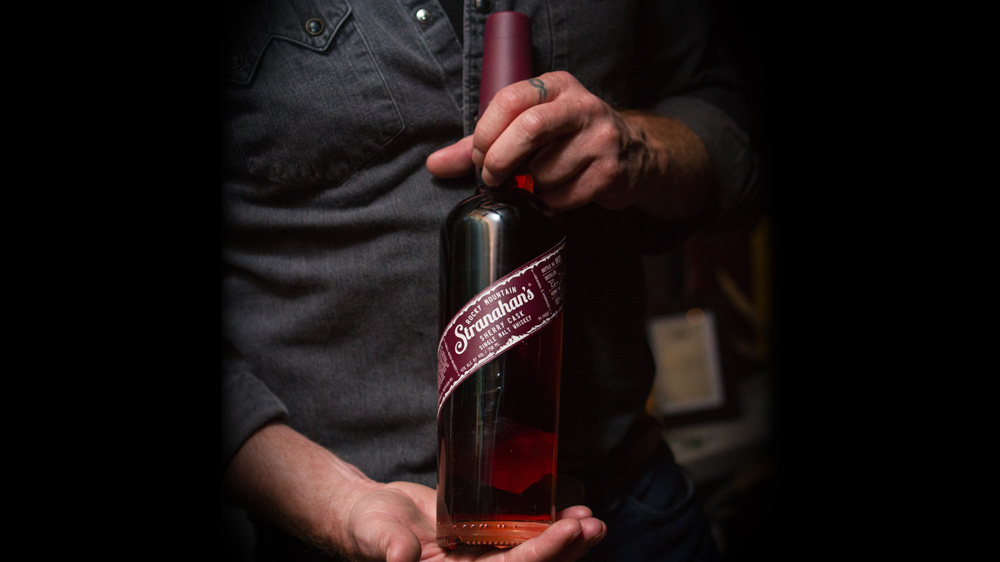 Denver-based distillery Stranahan’s was among the first American distilleries to use a 100 percent malted-barley mash bill. This category, known as American single malt, is growing in popularity and can now be found in every corner of the country.

Each December, Stranahan’s releases its annual Snowflake expression, which is finished in a variety of casks. Inspired by Snowflake’s popularity (aficionados line up in the cold outside the distillery the night before it’s released), master distiller Rob Dietrich decided to make a whiskey finished solely in Oloroso sherry casks. The result, Stranahan’s Sherry Cask ($80), is a rather enjoyable sherry bomb—an uncommon flavor profile for an American whiskey.

The whiskey is aged for 4 years in new American oak barrels before being finished in 40-year-old sherry casks, giving the liquid a rich, dark appearance with a strong dried fruit and spice flavor. This is no Macallan, however; the flavor is even more deeply sherry-infused than the Scotch single malt. An earthiness greets you on the nose with this new release from Stranahan’s, followed by syrupy cherry and honey notes on the palate along with the signature malty nuttiness. Sherry Cask makes for a nice after-dinner dram and would pair well with bitter dark chocolate or strong cheese.

Stranahan’s is one of the better American single malts in a category that is still finding its footing. Expressions like this should help to win over the uninitiated—especially those who already enjoy sherry-forward Scotch whisky—and give the American single-malt category more of the recognition it deserves.