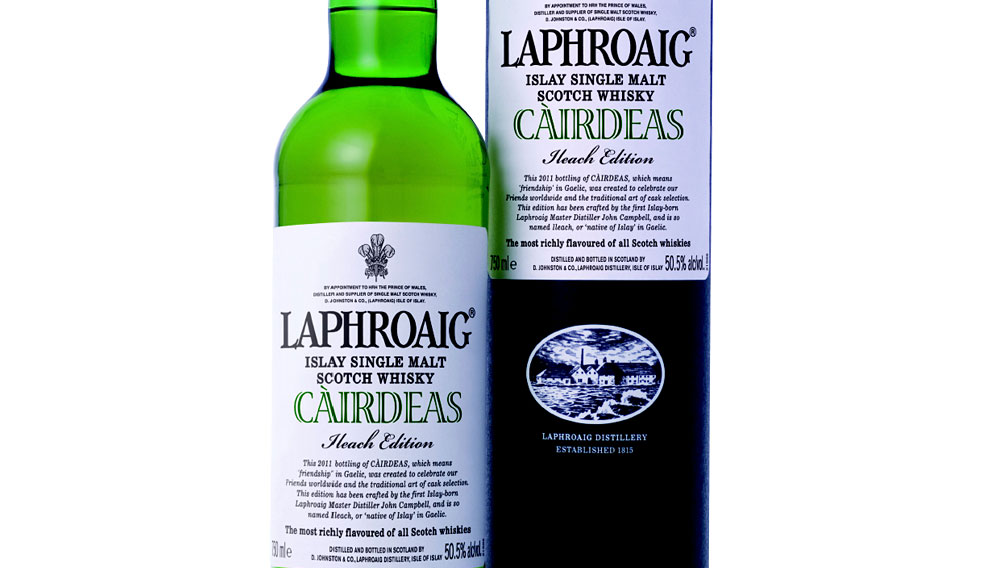 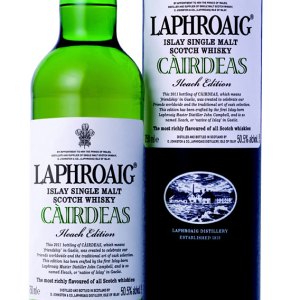 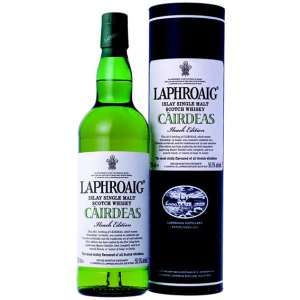 Be forewarned: this is not your typical Laphroaig, an Islay single malt usually known for its rock ’em–sock ’em, heavily iodined smoky characteristics. Your first hint is the bottle itself, which is clear, rather than tinted green like Laphroaig’s other expressions, which include the 10-, 18-, and 25-year-olds, as well as the 10 Year Old Cask Strength, the Quarter Cask, and the recently introduced Triple Wood. But the Cairdeas–Lleach Edition ($60), while hanging on to its medicinal smoky lineage, is lighter in color and much gentler, primarily due to eight years of aging on the first floor of the warehouse, where interaction between the wood and the whisky was at a minimum. This results in slightly more prominent floral notes and an accented touch of sweet vanilla from the Maker’s Mark bourbon barrels in which the whisky was matured.

The Cairdeas-Lleach Edition (pronounced “Carchase Eelock”) is part of a limited offering of single malts released by the distillery during the annual Fèis Ìle, or Islay Festival, in May. Normally these small-batch bottlings are available only during the festival, but this year Laphroaig has requisitioned 3,750 bottles to be allocated to the United States. While not available in all states, it can also be found by going to the Laphroaig web site and clicking on Friends of Laphroaig (FOL). In Gaelic, Cairdeas means “friendship,” and Lleach translates into “islander” or in this case, someone from Islay, in honor of master distiller John Campbell’s birthplace. At 101 proof, the Cairdeas-Lleach Edition will indeed make you feel like you are at the Fèis Ìle itself. (www.laphroaig.com)