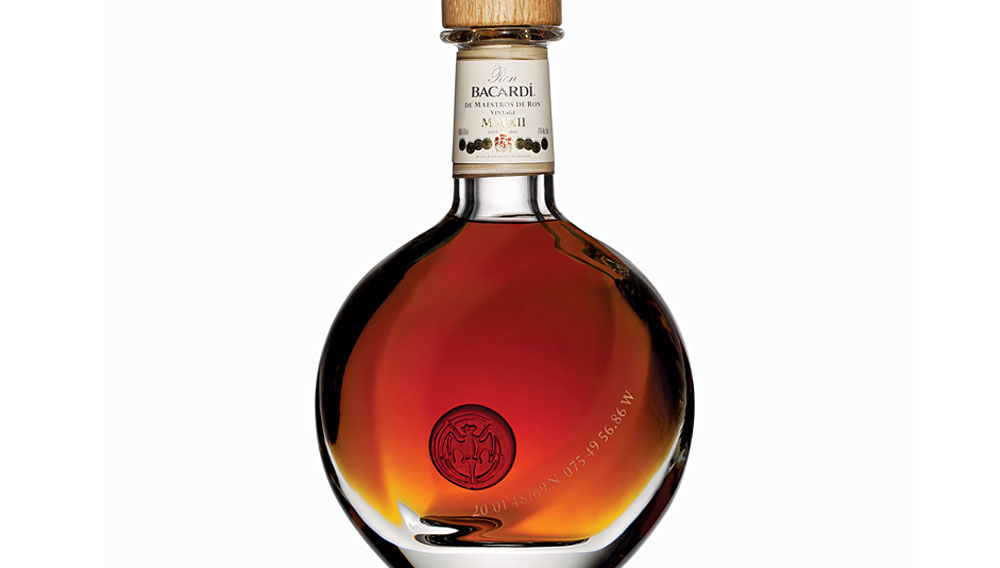 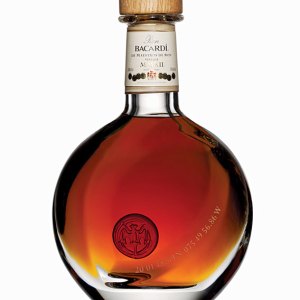 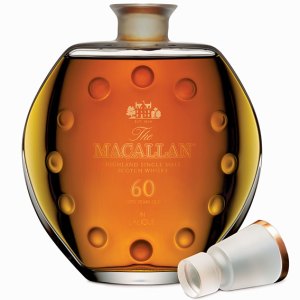 Eight former Bacardí master blenders—all of them descendants of Bacardí founder Don Facundo Bacardí Massó—contributed to this special-edition rum, which commemorates Bacardí’s 150th anniversary. It was in 1862 that Don Massó—after refining his techniques for charcoal filtration, blending, and barrel aging—established his distillery in Santiago de Cuba, whose output later inspired the Cuba Libre and the daiquiri—and filled the boats of rumrunners smuggling this favorite Caribbean libation to U.S. shores during Prohibition. Yet Ron Bacardí de Maestros de Ron is unlike anything rumrunners swigged. Aged in 60-year-old Cognac barrels, this copper-hued rum offers thick legs and a savory flavor profile of caramel-soaked oak, heavy citrus, cherry preserves, and cinnamon. The individually numbered, hand-blown crystal decanter has an identically numbered copper-ringed stopper. Of the 1,000 decanters produced, only 200 are available for sale; the remainder are reserved for Bacardí family members. ($2,000)

The Macallan in Lalique: 60 Years Old

Small stills were easy to conceal and could be quickly transported to safety if revenuers came snooping around, so they were popular among bootleggers during the moonshining years of Prohibition. The Macallan, however, has another reason altogether for using its “curiously small” copper pot stills. Their diminutive size lends the spirit a creamy character that, along with The Macallan’s signature sherry-cask aging, has earned this whisky a cult following.

This limited edition is the fourth in a planned series of six rare Macallan-filled Lalique decanters, each designed to represent one of the “six pillars” on which the Macallan distillery was founded: Easter Elchies House, the spiritual home to The Macallan; the curiously small stills; the finest cut (referring to the middle and best part of the distillate, about 16 percent of the total run); the exceptional oak casks; the natural color of the whisky; and the “peerless spirit” of the whisky makers, who ensure the whiskies are at the peak of maturity when bottled.

The crystal decanters’ curves commemorate the small pot stills, as do their crystal “rivets” and copper-topped stoppers. The 60-year-old whisky inside was placed into five refill sherry butts made from American and Spanish oak in November 1950. When the whisky reached perfection in 2010, only enough remained after evaporation to fill 400 specially designed Lalique decanters, 72 of which are destined for the United States. Deep amber in color with a dense oak bouquet, this rarefied dram intertwines flavors of lemongrass, sherry, pineapple, and honey. ($20,000)

Place the sugar into an old-fashioned glass, then add bitters and ½ oz. club soda or cold water. Dissolve with a muddler or pestle (some barspoons have a coin-size stainless disc applied at one end of the twisted rod for just such a purpose). Add whiskey and fill up with ice cubes. Stir well and garnish with a slice of orange and the oils released from a twisted lemon peel. Then drop the peel into the drink. —Francesco Lafranconi, Corporate Director of Mixology & Spirits Education, Southern Wine and Spirits of America Inc.