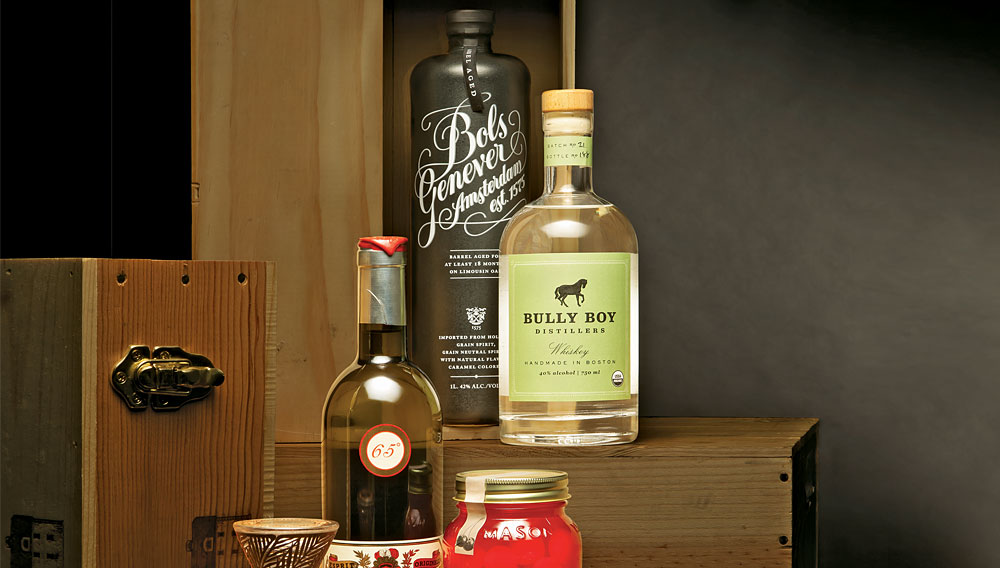 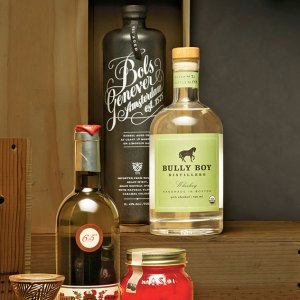 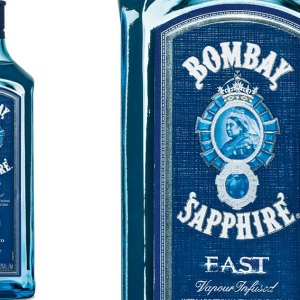 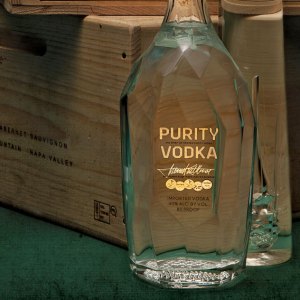 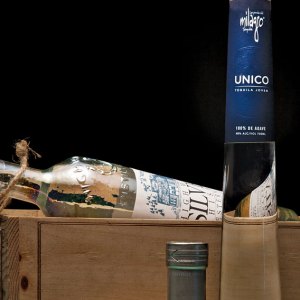 Though this clear spirit may look like moonshine, it is actually 80-proof unaged whiskey made from a mash of 85 percent oats and 15 percent malted barley. Distilled in Park City, Utah—a silver-mining mecca in the 19th century (hence the whiskey’s name)—this pristine distillate spent all of five minutes in an oaken barrel to soften its presence on the nose and on the palate. Its smooth flavor profile can be deceiving, however: This oat whiskey packs as much wallop as any jar of white lightning. ($37)

This is the first legal moonshine to be made in Tennessee. Despite the fact that the state maintained moonshine’s illegal status in most of its counties until 2009, the families of Joe Baker, Tony Breeden, and Cory Cottongim, founders of Ole Smoky Distillery, have been engaged in the business, so to speak, since before Tennessee gained statehood. These three friends have put their own brand of shine in moonshine by using the best ingredients, including deionized water, and by double distilling the spirit—something their furtive predecessors never had time for. Bottled in traditional Mason jars, this 100-proof moonshine is offered as both a neutral grain spirit and a slightly sweeter corn whiskey, though palates seeking a burst of fruit may want to try the maraschino-cherry-infused Moonshine Cherries or Apple Pie Moonshine made with pure apple juice. ($27)

This is not your grandfather’s Prohibition-era home brew—at least, it is not the undrinkable “white dog” that brothers Will and Dave Willis were told their grandfather concocted in the basement of the family’s Massachusetts farmhouse during the 1920s. The brothers have taken a more refined approach at their Boston-based craft distillery, named for a favorite workhorse on the farm. Here, in their copper pot stills, they produce a small-batch, certified-organic artisan white whiskey also called Bully Boy. Pleasantly smooth, this 80-proof spirit offers hints of lime and traces of wheat. ($29)

Lucas Bols, the world’s oldest distillery brand, has been making Genever—the forerunner of gin—in Holland since 1664. More recently, Bols has begun exporting to the United States a new version of this ancient spirit made according to a 19th-century recipe discovered in the company’s archives. This latest iteration starts out as a jonge (unaged) Genever that has been triple pot-distilled from a mixture of rye, wheat, and corn. Botanicals—including anise, cloves, and of course juniper—are added before the spirit undergoes an aging regimen in both old and new French Limousin barrels for a minimum of 18 months. The result is Genever with a pale golden hue and slightly sweet, herbaceous aromas and tastes. ($50)

Much of the do-it-yourself spirit consumed during Prohibition was, like vodka, unflavored and unaged. Discriminating consumers, however, will wisely eschew the homemade variety in favor of the aptly named Purity Vodka, which is produced in southern Sweden at the 13th-century Ellinge Castle. The brand’s founder and master blender, Thomas Kuuttanen, constructed a copper-and-gold pot still specifically for vodka and spent a decade perfecting his recipe. “Modern vodka is distilled with the aim of creating a neutral spirit without body and taste,” he says. “I created Purity Vodka with the opposite objective, to highlight body, character, and complexity.” After 34 distillations, in which 90 percent of the liquid is lost, Kuuttanen is left with a full-bodied, crisp, small-batch wheat-and-barley vodka that is so refined it requires no filtration. ($40)

Forget the bathtub—this is a Jacuzzi gin brightened with Asian essences that lend spice to classic cocktails, as well as to today’s more exotic experiments in mixology. The first new gin from Bombay in 25 years, this latest release adds to Sapphire’s existing 10 vapor-infused botanicals its own perfumed top notes of lemongrass from Thailand and the subtle zing of ground Viet­namese black peppercorn. ($23)

Thanks to the proximity of the Mex­ican border, tequila consumption gained popularity in the United States during Prohibition. Only relatively recently, however, has the overall quality of this agave distillate warranted its own Riedel glass. This high-proof Mexican revolution was led, in part, by college friends Daniel Schneeweiss and Moises Guindi, who founded Milagro Tequila in 1997 “to produce the best tequila in the world,” according to Schneeweiss. They have pursued this goal to its logical conclusion with Milagro Unico, a blend of their microdistilled silver tequila and rare, barrel-aged reposados and añejos. This rich tequila then rests in oak barrels for 30 days before undergoing a filtering and oxygenation process that strips the color and enhances the flavor. On the nose, Unico offers up the fragrance of fresh lettuce and black olives, while on the palate, the crisp flavor of agave is smoothed by the sweetness of the añejos. Only 1,200 hand-blown and numbered bottles have been produced this year, 900 of which are allocated to the United States. ($300)

Fill a mixing glass two-thirds full with ice, add ingredients, and stir for about 8 to 10 seconds (longer stirring leads to more dilution) or shake with 2 cups of ice if preferred. Serve straight up in a chilled cocktail martini glass or on the rocks, garnished with oils from a lime peel twisted over the drink. —Francesco Lafranconi