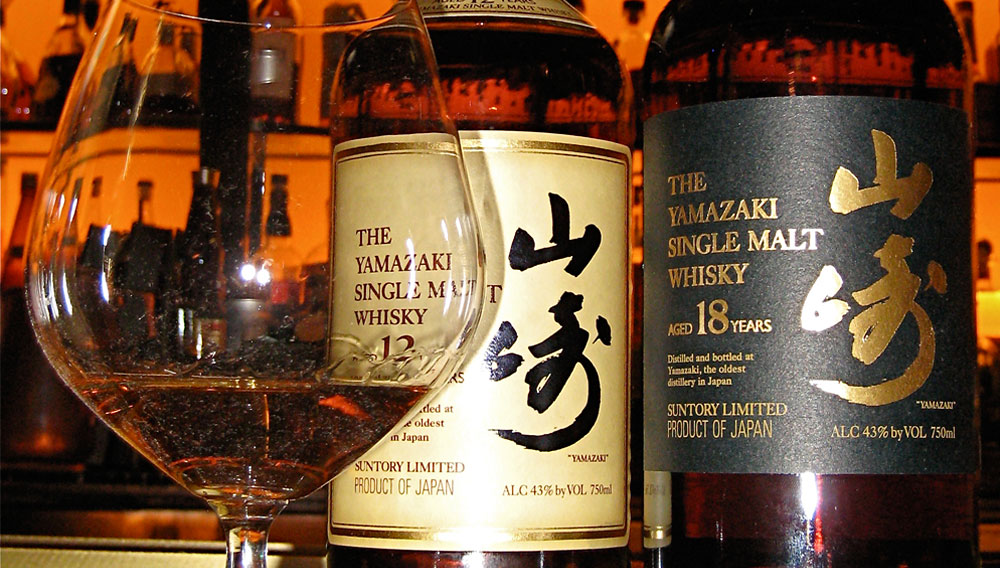 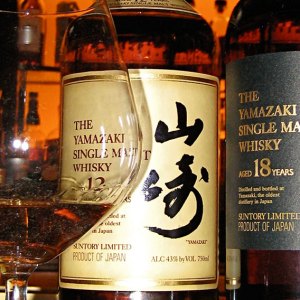 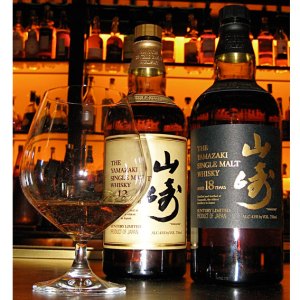 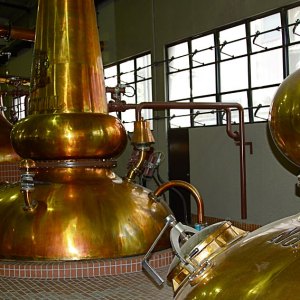 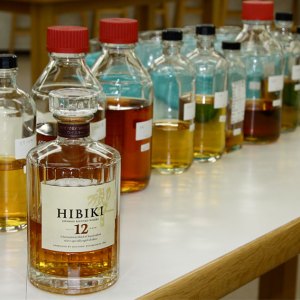 It’s difficult to say the words “single malt” without quickly following them up with “scotch.” But while Scotland is indeed the largest producer of single-malt whiskies, Japan is the second-largest distiller of single malts in the world. This revelation is even more impressive when one realizes that while Scotland has well over 100 distilleries, Japan has one tenth that number, with only Suntory and Nikka as dominant brand names. But of these two, Suntory is decidedly the larger entity, and it has much more recognition in the United States.

Although Japanese distillers started producing whisky in the late 19th century (a full four centuries after Scotland began distilling spirits), they unabashedly took their inspiration from the Scots, even opting to spell “whisky” without an “e,” unlike the Irish and American spelling of “whiskey.” Much of Japan’s distilling technology was brought back by Masataka Taketsuru, a young engineer who was also an entrepreneurial whisky devotee. He studied in Glasgow and worked at a number of Scottish distilleries during the early 1920s. He would eventually become Suntory’s first distillery manager.

Of course, even though they are made with practically identical methods, Japanese single malts cannot be called scotch, as they are not produced in Scotland. And yet, somewhat ironically, the majority of Scottish distilleries are characterized by their Japanese-style four-sided pagoda chimneys, as this shape was proven to be the most efficient means of drawing smoke up from the kilns in which the barley was dried.

Although Suntory’s roots date back to 1899, it wasn’t until 1923 that its founder, Shinjiro Torii, realized his lifelong mission of creating a whisky that would reflect the best of Japanese nature and craftsmanship, and he built the current Suntory distillery in the misty Yamazaki Valley between Kyoto and Osaka. It is now the oldest distillery in Japan. The valley, in turn, has given its name to the multiple-award-winning Yamazaki 12 Year Old ($60) and 18 Year Old ($189) single malts. Up until recently, these were the only two single malts Suntory exported to the United States, although in 2009 a limited-edition 25 Year Old Yamazaki 1984 single malt ($1,500) was brought out to commemorate the company’s 110th anniversary and the 25th anniversary of the Yamazaki brand. Only 300 individually numbered bottles of Yamazaki 1984 were allocated for the United States, and all were quickly snapped up by collectors. Like all of Suntory’s whiskies, it was made with the same soft, granite-filtered Rikyu waters—the purest in Japan—used in chanoyu tea ceremonies.

In 1973, Suntory built a second distillery, Hakushu, in the forested foothills of the Mt. Kai-Komagatake Alps. In 2011, to honor this distillery, the elegant and delicate Hibiki 12 Year Old ($60) was launched in the United States. Two years later, Hakushu single malt ($60), with a slightly lighter taste profile, was introduced, and it has become extremely versatile in cocktails as well as being enjoyable in snifters.

As further evidence that Japanese single malts are assuming an ever-greater presence in the United States, Suntory has just introduced two new expressions. Yamazaki 25 Year Old ($1,600) is deep amber in color, with layers of chocolate, raisins, and other dried fruit all ebbing into a long, thick finish. On the opposite end of the spectrum, Hakushu Heavily Peated ($160) is lighter in color and possesses a soft, silky, smoke-tinged taste of toffee and pear.

Like all Suntory single malts, these whiskies owe their distinctive characteristics to the distilleries’ use of three different combinations of pot stills, a mix and match of sizes and shapes to produce individual flavors. Equally unique, for aging its whiskies Suntory uses five different sizes of barrels made from three different types of oak—American, Spanish, and Japanese mizunara from the island of Hokkaido—which impart a spicy sweetness to the spirit. Suntory also imports both peated and unpeated barley from Scotland, to control the degree of smokiness. All of these elements combine to give Suntory whiskies a distinctive style, yet one that is remarkably similar to Scottish single malts. This has proven to be both a blessing and a bane for Suntory.

“Our biggest problem is trying to overcome the stigma that we are like Scotch whisky,” says Tetsu Mizutani, the executive officer of the whisky department in Suntory’s spirits division. “We make Japanese whisky, with its own character and taste. Just as there are New World wines, we want to be thought of as the New World whisky.” (www.suntory.com/whisky)