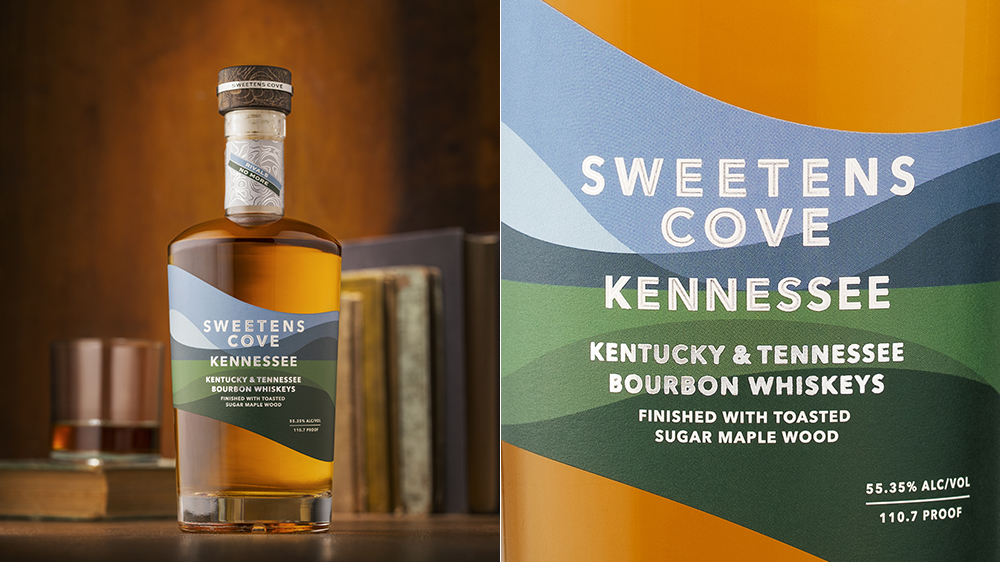 Celebrity spirits brands tend to fall into two categories: blatantly lame money-making opportunities that sometimes cross over into cultural appropriation (particularly when it comes to tequila and mezcal), or good faith efforts that actually result in a quality product. When I first heard about Sweetens Cove a few years back, I rolled my eyes assuming it was another celeb dalliance. But this whiskey brand has proven its worth, releasing some tasty, if expensive and difficult to acquire, bottles. The new Kennessee expression is an effort to change course a bit and make the whiskey more readily available.

Sweetens Cove, named after a Tennessee golf course, counts several sports world celebrities as backers, including Peyton Manning and Andy Roddick. Along with their partner investors, they launched this new bourbon brand in 2020, with a second limited release arriving a year later. The real star power behind the whiskey, however, is blender Marianne Eaves. She has a lengthy resume in the whiskey industry, which includes a stint at Castle & Key in Kentucky and her Eaves Blind collection of single barrel releases from various distilleries. Her newest effort, Kennessee, is a blend of Kentucky and Tennessee bourbons that was finished by submerging toasted sugar maple wood spirals in the liquid to impart some extra flavor, and is bottled at 110.7 proof.

The narrative is that there’s a rivalry between Kentucky and Tennessee bourbon and this whiskey brings the two together—but that’s more of a marketing story than anything else. True, there’s a debate about whether or not Tennessee whiskey is technically bourbon (the defining step for Volunteer State whiskey is the Lincoln County Process, in which the unaged spirit is filtered through charcoal before barreling). But that’s a moot point here because the blend consists of bourbon that has not been charcoal filtered.

According to co-founder Mark Rivers, Eaves selected and blended 200 barrels for this initial release. While he won’t reveal the exact mash bill, he tells Robb Report that the Kentucky whiskey has a bit more rye than its Tennessee counterpart.

The nose is a bit hot but not displeasing, with notes of cherry, orange and cinnamon that greet you on the first whiff. The palate is satisfying, with familiar flavors of brown sugar, caramel, nutmeg, black pepper and a dash of vanilla that pops out. This is a very straightforward, classic bourbon palate, which seems to be the point here. There is no age statement on the bottle, but it tastes like a well-aged bourbon, suggesting there’s nothing too young or too old in the blend.

It’s worth noting that blending bourbon from these two states is not a novel idea—after all, Barrell Craft Spirits has been doing this for years now to great acclaim. Still, this is a good whiskey that stands apart from previous Sweetens Cove releases, which makes us all the more grateful for its availability. It can be really frustrating for whiskey fans to read about bottles they’ll never get their hands on, and hopefully that won’t be the case here. Kennessee is priced to sell at $60 per bottle. Sweetens Cove will continue to release more of its excellent limited-edition, high-priced bottles in the years to come. But this is one that you don’t have to save for a special occasion, and you shouldn’t be afraid to use in a cocktail.