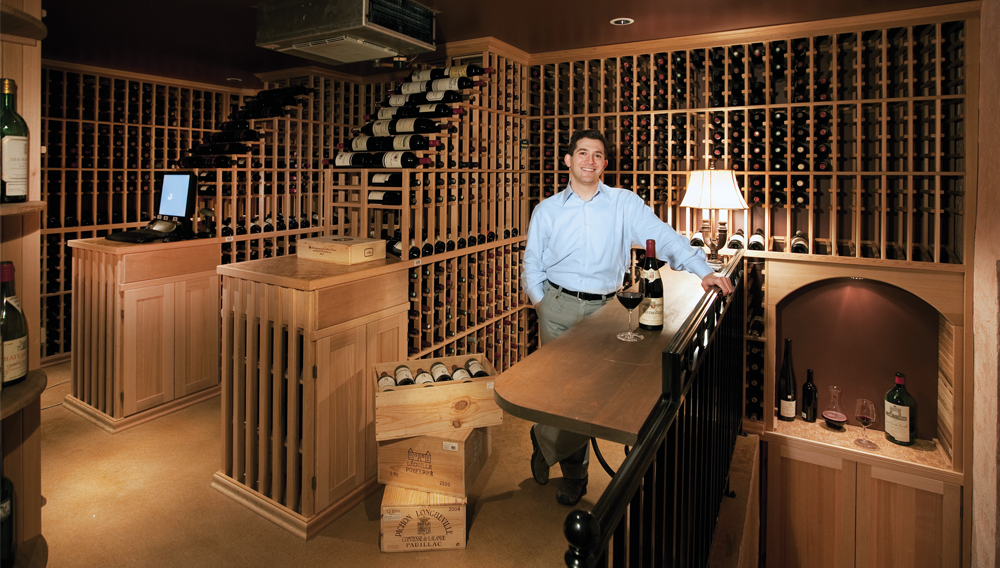 Wine apps are becoming almost as essential as a corkscrew.

Eric Levine caught the wine-collecting bug on a trip to Tuscany in 1999. This would not be a remarkable development, except that LeVine was an engineer at Microsoft, and while other novices might have been overwhelmed by the endless complexities of the wine world, LeVine simply saw a whole lot of data. His curiosity inspired him to create CellarTracker, an online database for cataloging and recording tasting notes that went on to attract more than 300,000 registered members and revolutionize the entire wine industry. Now CellarTracker is on the verge of going mobile, with the release of new apps that will extend access to its crowd-sourced reviews, up-to-the-minute tasting notes, bar-coding capabilities, and more, to almost everywhere.

“We’re spending most our time on mobile scenarios now,” LeVine says, “focusing more on how collectors can use CellarTracker as a productivity tool.”

Over the last two years, wine apps have evolved from entertaining gizmos for novices into essential tools for the connoisseur and professional. Along with the burgeoning databases at CellarTracker, there are sophisticated new apps that use facial recognition technology to fully identify a wine with just a snapshot of its label. The beautiful display capabilities of the iPad and other tablets are being tapped as a means to showcase your cellar, with pages that rival a coffee-table book. Other apps streamline the ability to book winery tours and tastings, locate obscure bottles for sale, and much more. In the end, there are very few questions about wine or managing a cellar that cannot be answered instantly on a smartphone.

“There was a time people only went to Wine Spectator and Robert Parker for information,” says Jeff Smith, founder of Carte du Vin, a cellar management service. “But taking nothing away from their reviews, a best-guess 10 years ago isn’t as good as somebody who had it last night with dinner.”

The database at CellarTracker (www.cellartracker.com) has information on 1.7 million distinct wines from a user collection of about 50 million total bottles. This wine information is enhanced by some 4.1 million tasting notes submitted by members. With all of that information literally at your fingertips—no need for your laptop or desktop computer—you can be sitting in a restaurant and look up a specific vintage offered on the wine list and instantly find notes from someone who enjoyed—or did not enjoy—the same bottle the night before.

Delectable (www.delectable.com) has taken the wine-tech industry by storm by employing fast and accurate image-recognition technology. Snap a photo of the label, and the app will identify the vintage, region, producer, and grape varieties. Users can also see what others think about the wine, and even purchase the bottle and have it shipped to them.

Delectable’s founder, Alex Fishman, launched the iPhone app in 2012 (an Android version is planned by the end of summer), and received $3 million in venture capital funding in March. Like LeVine, he was a techie—a data analyst from Palantir Technologies— with a passion for wine, and he focused on recognition accuracy to differentiate his company from the pack, says Julia Weinberg, the company’s head of partnerships and a winemaker.

To make Delectable useful for the high-end collector, Weinberg tapped into her wine network to get some of the most discriminating palates to join the Delectable community. “We started from the top, getting users who are tastemakers and experts to act like virtual wine mentors,” she says. Using Facebook, Twitter, and Instagram, it is possible to follow pros such as Geoff Kruth of the Guild of Sommeliers and Jasmine Hirsch of Hirsch Vineyards, and an expanding list of sommeliers, retailers, winemakers, and writers.

Delectable’s rival to be the Facebook of wine is Vivino (www.vivino.com), an Android- and iPhone-compatible app. As with Delectable, you can snap a photo of the wine label, upload it, post a review, read other reviews, and follow other users. Vivino was founded in Denmark by Heini Zachariassen, who wanted a place to find information and reviews. By all accounts, he is succeeding; Vivino, which released its current version in 2012, recently expanded with apps in five additional languages. “Apps have changed the way collectors collect because there is more transparency about everything from prices to ratings,” he says. “Even if a wine is a little more obscure, the odds of us having a rating is really high.”

That is because, with more than 5 million downloads, Vivino boasts the largest number of users and the most comprehensive library in the wine-tech space. The app—which also uses image-recognition technology to pull up a slew of information such as average ratings, prices, and countries of origin— emphasizes sharing capabilities through social media and also lists nearby retailers who sell a particular bottle, when available. In June, Vivino added a feature offering the wine lists of 300 San Francisco restaurants, with user comments and pairing suggestions.

Drync (www.drync.com) launched back in 2008, when founder Brad Rosen needed a tool to assist his own collecting. “I started with the collector in mind,” he says, “because I was taking photos of wines I was drinking to remember them, and it was too big an effort to scrape off labels.” Now available on Android, iPhone, and iPad, Drync focuses on finding wines users have tasted and enjoyed. Instead of following others, users track their favorite wines, which they can then rate and share with friends. There are also “drink by” recommendations to avoid ordering over-the-hill wines.

In 2012, Rosen relaunched the app around e-commerce, in an attempt to solve a major problem in the $3 billion, fragmented wine market. “The majority of people who collect have a hard time buying a wine they enjoy after they’ve found it,” Rosen says, noting that hundreds of thousands of new wines flow into the U.S. market every year, while only 1,000 bottles are apt to be in stock at any given store.

Drync currently has 30,000 wines available for sale directly through the app, and users can view, comment, and even buy what their friends are drinking. Rosen says that 92 percent of the time, a wine on a restaurant list will be in his database, and more than half the time, that wine will be for sale in the user’s region. He is currently working on a recommendation engine that will anticipate what a user will like.

The iPad app Vinopal (www.vinopalapp.com) functions as a visual companion to CellarTracker, importing information to showcase collectors’ cellars: Rather than a spreadsheet of vintages, regions, and names, it presents the collection in the rich format of a coffee-table book. Tapping on images calls up information such as the date a wine was purchased and its average rating. Founder Joakim Sternberg, a software engineer with a passion for wine, was inspired by Apple’s iBook app. “It dawned on me—you need to show bottles like they’re on the shelf,” he recalls. “Then we can give collectors a ton of information at their fingertips, and they can look at their cellar when they’re on a boat, or on a plane.”

The app, which launched in 2011, currently has 30,000 registered users. An Android version is forthcoming, and like Rosen at Drync, Sternberg notes the next step is creating a recommendation engine. “We want users to go to a wine bar,” he says, “and based on their personal reviews, find out what we think they’ll like.”

For those who prefer to figure that out firsthand, there is CellarPass (www.cellarpass.com), an app for scheduling tastings at wineries, and purchasing tour and event tickets. CellarPass, which launched in 2010, announced a partnership with Yelp in June; while the database is thin in many regions, collectors who are interested in Napa and Sonoma will find many cellar doors have swung open to the digital age.