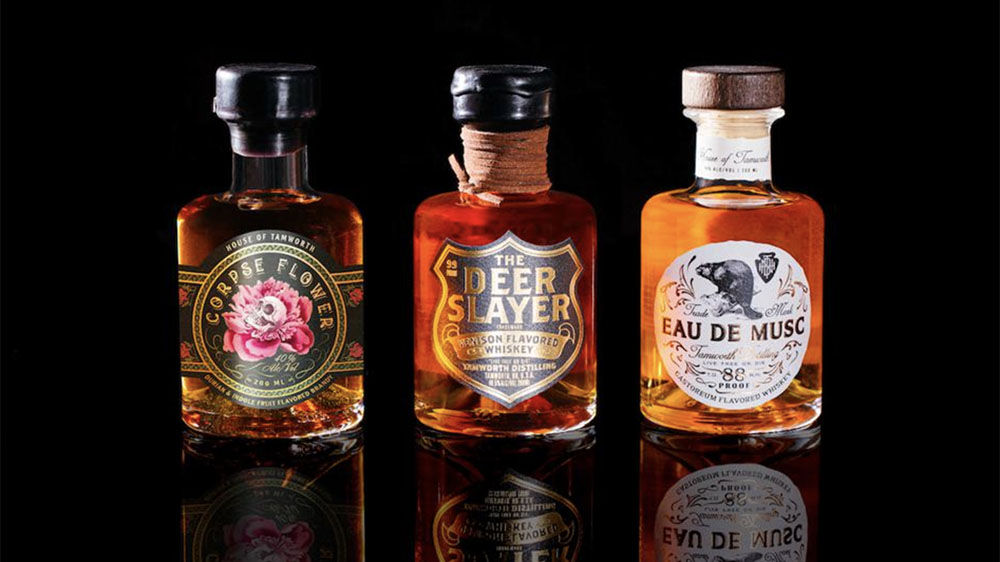 Have you ever found yourself wondering what exactly death and decay taste like? Well, a new spirit from Tamworth Distilling will give you the chance to find out without having to die first.

The New Hampshire-based distillery is no stranger to unique spirits, but its upcoming Corpse Flower Brandy may be the oddest yet. And don’t worry, the liquor’s distinctive flavor doesn’t come from rotting flesh, instead it comes from the infamous durian fruit.

Despite sometimes being referred to as the “king of fruits,” durian is easily one of the more contentious foods out there. That’s because the stinky fruit emits an overpowering odor that tends to elicit intense feelings of love or disgust. But that’s not the only flavor you’ll sense in a sip of the pungent brandy. The spirit is also distilled from indole, an organic compound that can smell either floral or putrid depending on the concentration.

While mixing aromas that have been described as smelling like raw sewage and putrid may not sound like a good idea to some, Tamworth thinks you’ll change your mind once you actually try the brandy. It’s designed to be smelled before sipping, which might put you off, but when properly diluted, it has a delicate floral taste that head distiller Steven Grasse described to The Drinks Business as “purely divine.”

But the Corpse Flower Brandy is far from the only weird liquor the distillery will put out in the final months of 2020. Later this month, it will release The Deer Slayer, a 99-proof whiskey with a meaty venison-like flavor. If that’s still not out there enough for you, there’s also the recently-released Eau De Musc, a 88-proof whiskey that owes part of its sharp, fruit-like taste to oil derived from a beaver’s castor gland. As we mentioned Tamworth likes itself an oddball spirit or two.

If you consider and adventurous drinker and are in the market for something new, Corpse Flower will go on sale at the beginning of next month for $65 per bottle. The Deer Killer hits shelves November 14 for $65, while Eau De Musc is available right now for the same price. Forbes reports that the trio will be available as a limited-edition set for $175 just in time for the holidays.