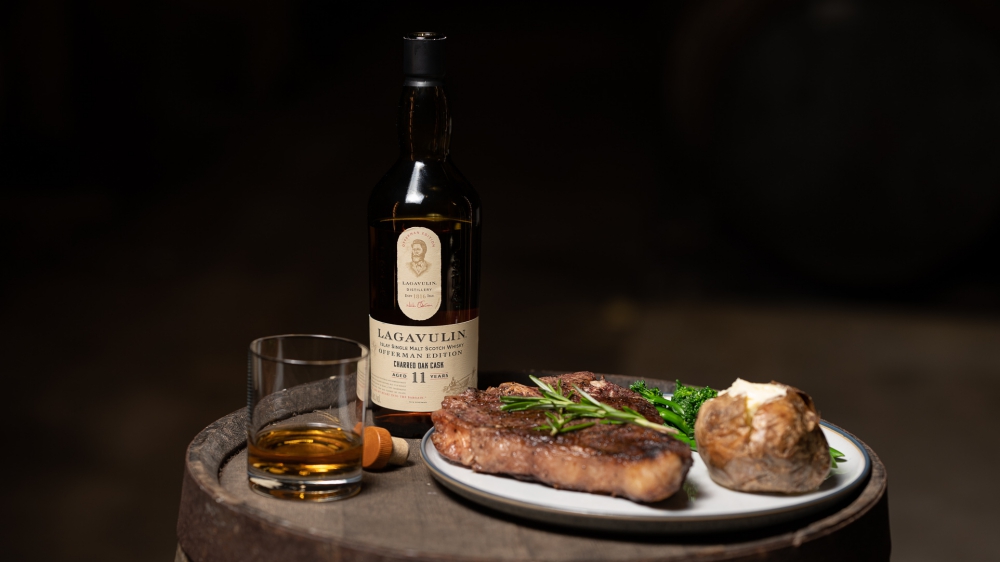 Technically, Nick Offerman is a Hollywood celebrity, which makes the new Lagavulin Single Malt Scotch Whisky, Charred Oak Cask Aged 11 Years technically a celebrity whisky. However, the bearded actor-writer-comedian-tinkerer doesn’t really come across as such, and that’s a good thing whether it’s by design or demeanor. Despite living in a world full of celeb-endorsed spirits, the reality is that fame has no impact upon flavor, so the fact that this new whisky is tasty is the result of something other than star power.

At a recent unveiling of the new single malt scotch (the third in Offerman’s long-running collaboration with Lagavulin), Offerman moved through the crowd greeting people before finally holding court before a group of journalists. He talked a lot, but the topics were unusual and interesting—Frederick Law Olmsted, the landscape architect who designed Central Park and Prospect Park (we were at the nearby Brooklyn restaurant that shares his last name); building boats and rowing around NYC; what the city looked like before Europeans arrived; and how his father misinterpreted the use of the word “motherfucker” causing him to try not to curse so much in his books. In fact, he didn’t mention the whisky once, not until samples were finally poured and tasted. “I never dreamed I’d have a bottle with my name and picture on it,” he said, which seems to be a dream come true given that Lagavulin has been his favorite whisky for decades (or so he says, very on brand).

This particular expression is 11 years old, having spent that entire time maturing in American and European oak casks that had been shaved down and heavily re-charred—a first for Lagavulin, according to the brand. This is indeed a smoky dram, not only because Lagavulin is known for its peated whisky, but also due to the extra burst of flavor with which this re-charring step imbues the liquid. This is a whisky designed to be paired with steak, which is a great idea overall but I’m not exactly sure how to explain that flavor combination. There are notes of honey and brown sugar on the nose, and surprisingly little smoke upon this initial introduction. That honey continues on the journey to the palate, but then vanilla, heavy peat, spiced dried fruit and pecan join the party as well. No doubt this is a significantly smoky whisky, and said to be the most heavily peated in Offerman’s trio of bottles, but it’s far from the smokiest whisky I’ve tried (not a bad thing by any means) and has some nice complexity to it.

There’s sort of a glut of Lagavulin expressions to choose from these days, and many of them have been veering to the younger side of maturation—which is just fine because there’s something about a seven- or eight-year-old whisky from this distillery that is very appealing. This new Offerman Edition just passed the decade mark in barrels, and apparently those extra years and specific casks were just what it needed. You need not be an Offerman fan to enjoy this bottle, just an enthusiast of well-crafted, peated Islay scotch.

Every week Jonah Flicker tastes the most buzzworthy and interesting whiskeys in the world. Check back each Friday for his latest review