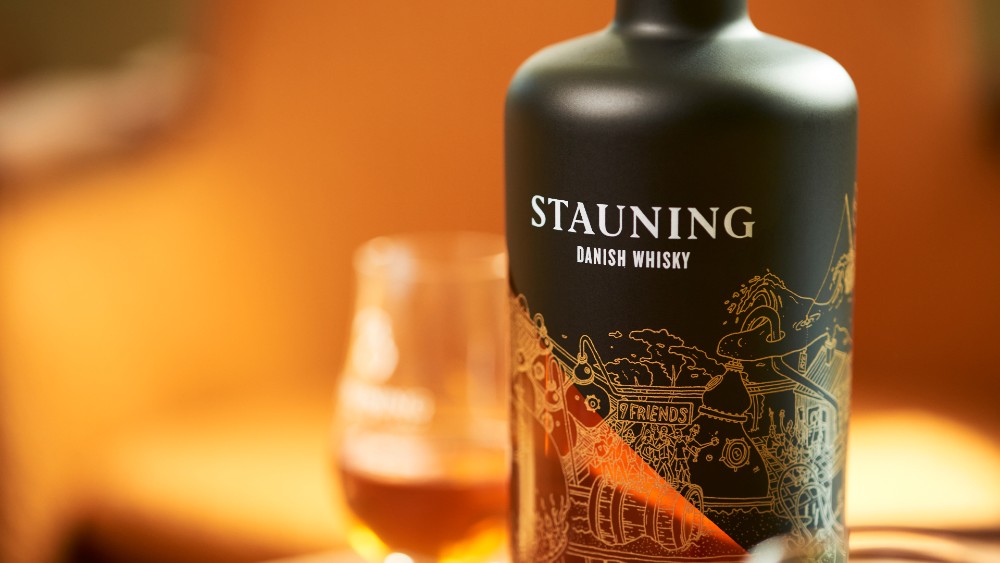 Denmark is known for some important cultural and culinary touchstones, including Legos, licorice, Hans Christian Andersen, aquavit, the concept of hygge and rye bread. Add rye whisky (spelled without the “e” in Denmark) to that list now, with the release of this new spirit from the Stauning distillery on the country’s west coast. The story goes like this: In 2005, nine friends came up with the idea of making a 100 percent Danish whisky, with all steps from grain to glass produced locally. A year later, the first whisky came off the stills, made from barley that was floor malted onsite and distilled in fire-heated pot stills. And in 2011, the first bottles were released to the public. In 2018, the distillery was upgraded to a larger facility, and as of June the whisky is available here in the US to buy, albeit on a limited basis.

There are three expressions from Stauning that are available, but we’re going to focus on the rye whisky here (there’s also Kaos, a triple malt that’s a blend of rye, smoked single malt, and regular single malt whiskies, and Smoke, a mildly peated single malt). This whisky reads simultaneously familiar and novel to fans of American rye whiskey. It’s made from a mash bill of 51 percent rye, which is also the legal requirement for rye whiskey in America though many have a much higher rye grain content. But this Danish whisky is made using malted rye, with the remaining 49 percent of the mash bill comprised of malted barley. It’s aged in both new and used American oak barrels for three years, and is bottled unfiltered and without chill filtration at 96 proof. It’s double distilled in 24 small pot stills instead of a few larger ones, which the distillery claims is a crucial factor in the whisky’s flavor.

Baking spice and fruit on the nose start things off, a nod to the flavors that really define many rye whiskeys. This is followed by toasted oak, nutmeg and cinnamon, ripe cherries, vanilla, and honey almond on the palate, with a spicy finish in the back of your throat as your sip reaches its conclusion. This whisky is such an interesting mix of expectations met and defied. As you spend time with it, it’s clear that this is not American rye; it’s a bit sweeter and the barley influence really shines through, bringing soft notes of fruit and almond to the forefront. And call it power of suggestion if you will, but this is honestly one of the more rye bread-like rye whiskies I’ve tasted, which of course Stauning highlights in the tasting notes calling it “rye bread in liquid form.”

At three years old, Stauning Rye is already making a statement, and I can’t help but wonder how a few more years in barrels would affect the flavor. But this is more of a thought experiment than a critique, because as it stands now the whisky has developed a complexity that belies its age, likely amplified by the use of virgin oak in the maturation process. Start by tasting this on its own, and definitely try it in some whisky cocktails—the Stauning website has many suggestions, including lesser known classics like the Bensonhurst (rye, Cynar, vermouth and Maraschino liqueur). However you decide to enjoy it, this is an exciting example of a new-world whisky that is made using old-school techniques.

100: Worth trading your first born for

90 – 94 Great: An excited nod from friends when you pour them a dram

85 – 89 Very Good: Delicious enough to buy, but not quite special enough to chase on the secondary market

80 – 84 Good: More of your everyday drinker, solid and reliable

Below 80 It’s alright: Honestly, we probably won’t waste your time and ours with this