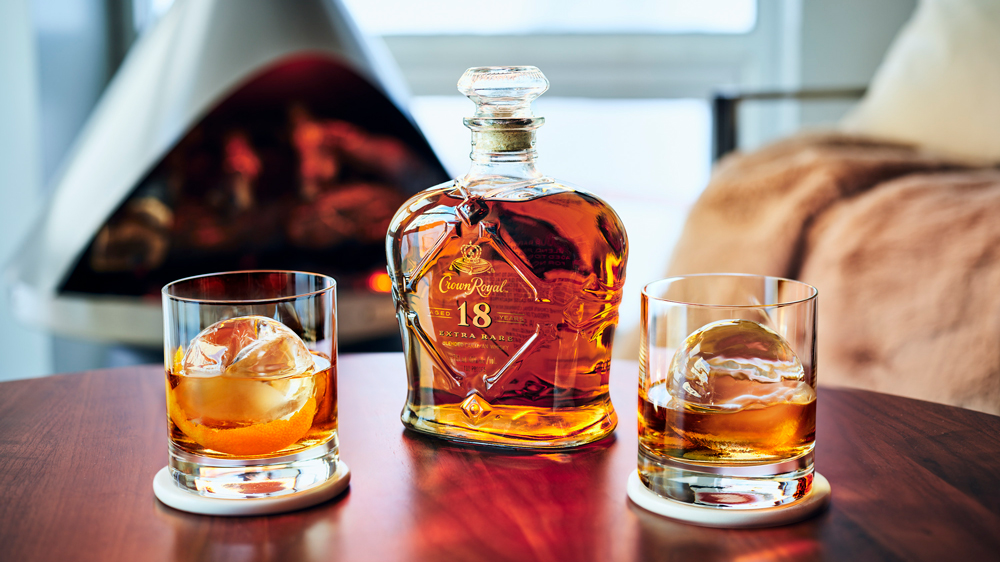 Do you drink Canadian whisky? Come on, you can admit it, don’t be ashamed. After all, it’s one of the most popular spirits here in the US, so someone’s drinking it. According to the Distilled Spirits Council, Canadian whisky has grown by 13 percent over the last five years equaling $2.5 billion in revenue. And the leading Canadian whisky brand is Crown Royal, a blend that comes packaged in a fetching purple bag (the brand can afford this extra flair, based on the numbers). But “serious” whiskey drinkers, the type that post crotch shots of newly acquired bottles in their cars outside of liquor stores and pompously patrol (and troll) the digital hallways of social media don’t drink regular old Crown Royal, a basic Canadian blend bottled at 80 proof that is sort of unmemorable. The brand, distilled at a massive facility in Gimli, Manitoba, does have some delightful high-end expressions, however, with age statements and flavor profiles that can hang with the best and brightest in the single malt scotch category. And, it should be noted, for much more reasonable prices than other whisky made under the shadow of the royals.

The newest release is Crown Royal Aged 18 Years—a surprisingly excellent whisky that you can snag for less than $200 if you find the right retailer—is well worth giving a try. According to Stephen Wilson, Crown Royal director of whisky engagement, the blend is made up of whisky produced from three mash bills that are aged in both new charred oak and used barrels before being blended together into the final product. “Crown Royal Aged 18 Years process begins with selecting corn, rye and barley to our uncompromising standards,” he said. “The distillery team then utilizes three different mash bills and multiple distillation techniques to produce five component whiskies that form the backbone of the Crown Royal family of blended whiskies. Each of these whiskies are aged individually in a combination of new and previously used American oak casks, for a minimum of 18 years, before being selected and expertly blended by our team of master blenders.”

So that’s the DNA, but how does the whisky actually taste? It’s quite good, and far exceeds any expectations set by sampling regular old Crown Royal. While the nose is timid, the palate really creates an intriguing melange of flavors. Dusty incense notes start things off, followed by vanilla custard, pineapple, lemon tart, a hint of tobacco and some sweet caramel notes. There is a whisper of spice on the finish, but this whisky is more focused on oak and mellow sweetness. I can’t help but wonder what this would taste like at an ABV higher than 40 percent, but that’s what you’re gonna find with most Crown Royal offerings.

This isn’t the first time Crown Royal has won me over with a whisky that strays from the path of the core blend. The Hand Selected Barrel expression is one to try, and the Northern Harvest Rye made a big splash when it first launched several years ago. Some other big news from the brand is that its parent company, Diageo, recently announced that it is building Canada’s first carbon neutral distillery in Ontario, where Crown Royal will be distilled using 100 percent renewable energy (the Gimli distillery will continue to operate as well). While Canadian whisky isn’t exactly competing head-to-head with single malt or other whiskies aged for a few decades, and given that older doesn’t always mean better, Crown Royal 18 is indeed a satisfying alternative for those who might usually reach for a bottle of Speyside scotch.